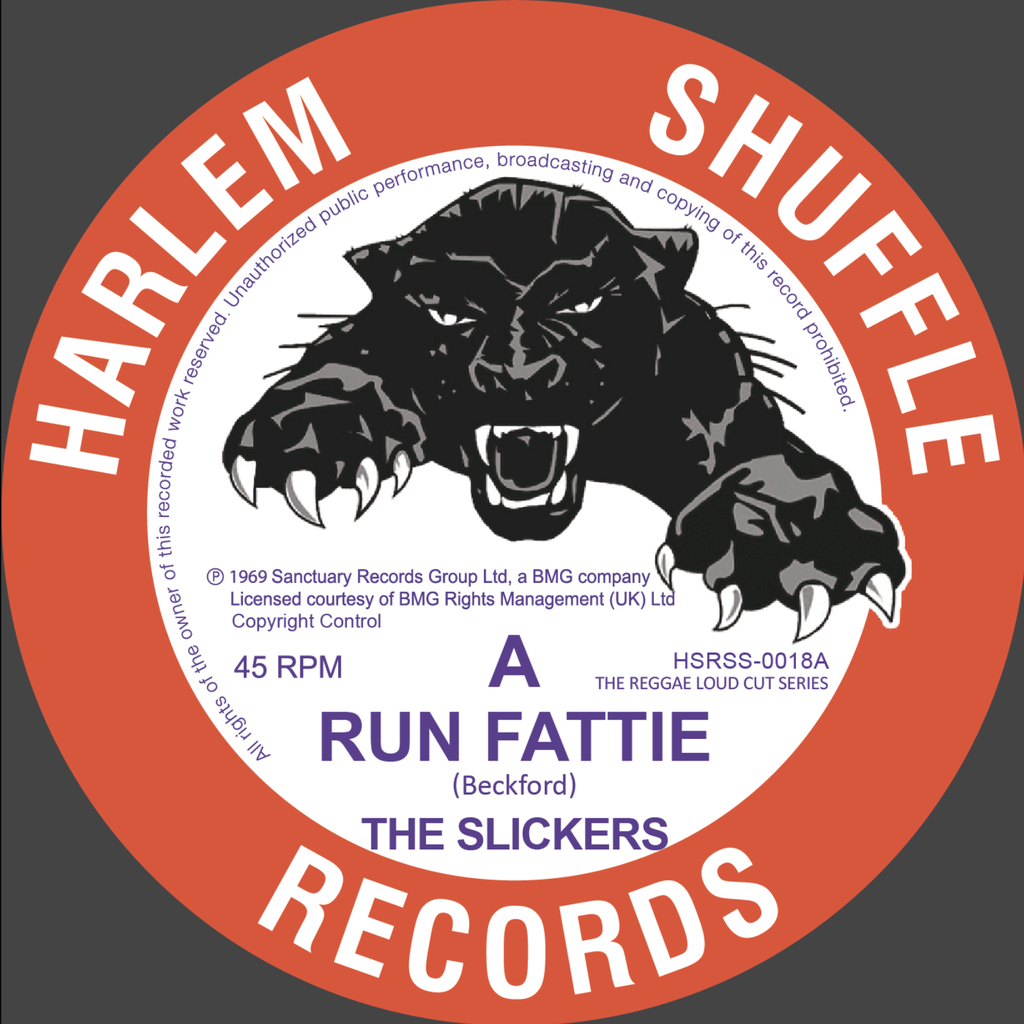 A - Run Fattie
B - Hoola Bulla

This is the very first reissue of the super rare single by The Slickers. This very much in demand single featured two outstanding tracks, both equally wicked.
The Slickers were an exciting Jamaican Rocksteady and Reggae group in the late 1960s and 1970s. Although their legendary song “Johnny Too Bad” was included in the Jimmy Cliff movie The Harder They Come, their story is mostly unknown and full of hearsay and contradictions. Here is our "version" of the story: Firstly, it is often assumed that The Slickers were just an alias for The Pioneers but it seems now clear that they were in fact two distinct formations. In fact, the group was formed by Derrick Crooks (of The Pioneers) and Winston Bailey) around 1965. It seems that Derrick was the only constant member and the line-up was constantly changing and overlapping with both The Reggae Boys and The Pioneers. Other known members were Derrick's brother Sydney Crooks, Roy Beckford, George Dekker and Abraham Green (later known as Ras Abraham) who joined at the time "Johnny Too Bad" was recorded in 1970.
Although nothing is written in stone about The Slickers, one sure fact is that they were brilliant Rocksteady and Reggae performers.
Presented here, the impossibly rare and very much in demand cut “Run Fattie” with “Hoola Bulla” on the B Side as initially released in 1969 on Trojan Records.