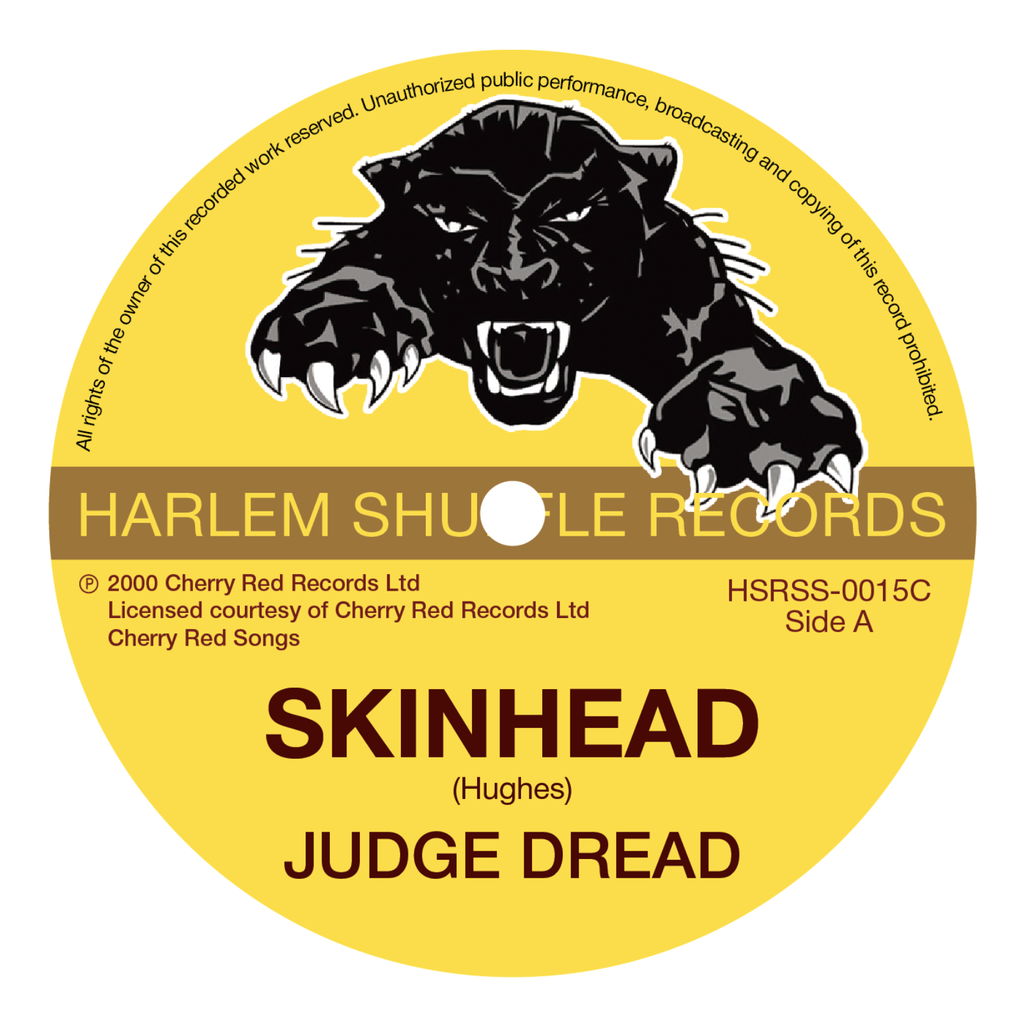 A Skinhead
B The Belle Of Snodland Town


Alexander Minto Hughes was born the 2nd of May 1945 in Kent, England. He died the 13th March 1998 on stage during a concert in Canterbury, England, suffering a heart attack. His last words were “Let’s have it for the band”. Dread met Derrick Morgan and Prince Buster among others through his job as a bouncer at London nightclubs such as the Ram Jam in Brixton.. After working as a professional wrestler (under the name "The Masked Executioner") and as a debt collector for Trojan Records, he worked as a DJ on local radio and back in the 1960s he was also sometimes employed to provide security to The Rolling Stones.
He was the first white musician to score a reggae chart hit in Jamaica and is especially famous for his humorous sexually explicit lyrics. He holds a record in the Guinness Book of World Records as the artist with the most songs banned from BBC airplay. He notably lived in Snodland, Kent where he once changed the street sign to Dreadland.
On this single you’ll hear Dread’s own “Skinhead” on the A Side with his ode to his hometown, previously issued only in France in the mid-70s, on the B Side."