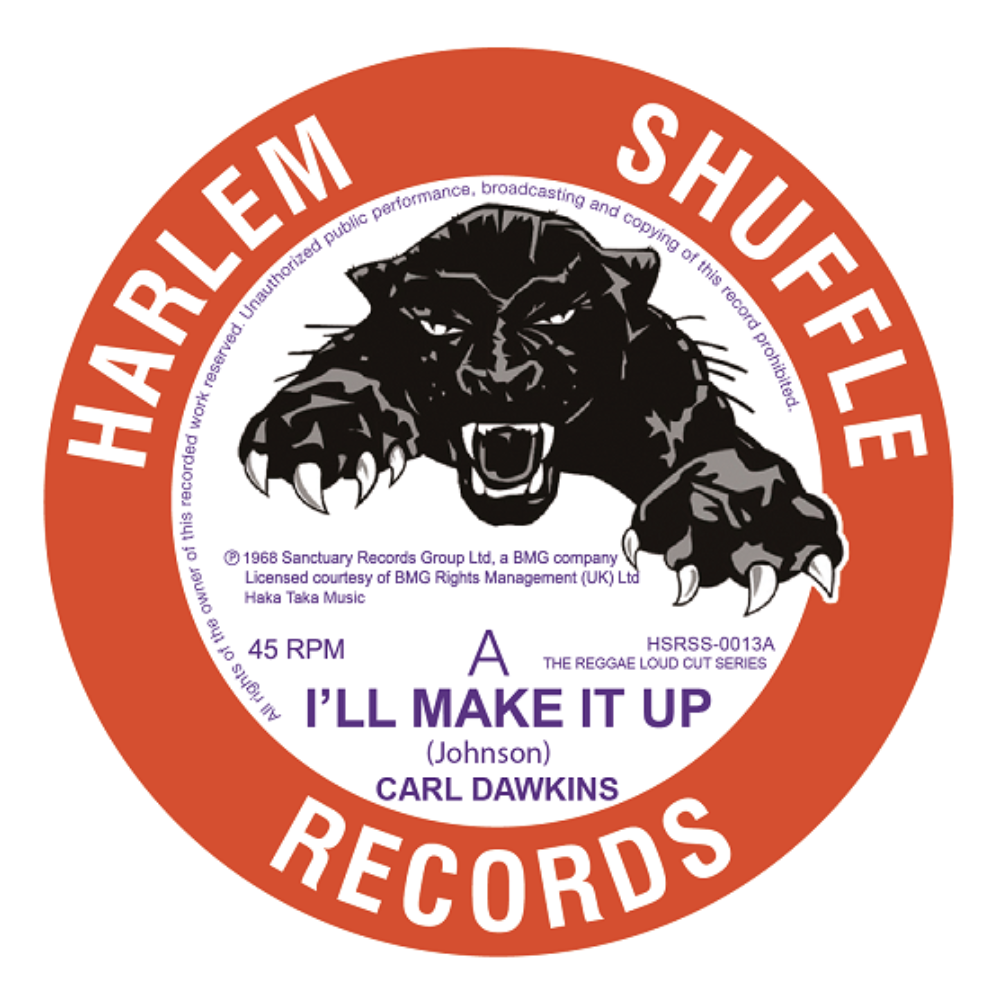 Carl Dawkins, I'll Make It Up / Hot And Sticky

Carl ‘Ras’ Dawkins was born on 1st August 1948 in Spanish Town, Jamaica, the son of a Jazz drummer. In 1967, at the tender age of 19, Carl recorded for Karl ‘J.J.’ Johnson some of his original compositions including ‘cBaby I Love You’, ‘Running Shoes’ and ‘Hard Time’ with the Carib Beats as a musical backing band. ‘Baby I Love You’ with ‘Hard Time’ on the flip were subsequently issued on two Johnson’s labels (JJ Records, Sir J.J.) in 1967 in Jamaica and on the Rio label (a Doctor Bird subsidiary) in UK the same year. While ‘Baby I Love You’ was popular, it was the great ‘Hard Time’ that propelled the single to the top of the Jamaican charts. After a spell in prison for possession of marijuana, Carl recorded a collection of singles for producers such as Clancy Eccles, Lee Perry and Leslie Kong. He returned to JJ and found success again in 1970, when he recorded one of that year’s best-selling singles, the superb ‘Satisfaction’, swiftly followed by two other major hits the same year, ‘Get Together’ and ‘This Land’ which sold heavily despite being banned by the government for its hard-hitting lyrics on the state of Jamaica at the time. During the 70s he recorded one album for Harry J - “Bumpity Road” - and many great singles for a variety of record labels and producers before gradually withdrawing from the scene during the 80s. Many years later, Carl is still very much loved by its many fans around the world. He is rightly considered being one of Reggae's all-time greatest vocalists… This killer double sider is the first reissue of two super rare and outstanding tracks by the great Carl Dawkins. Both tracks have never been reissued until now. The very much in demand “I’ll Make It Up” was previously released as B side to One Dollar Of Music on Duke DU-3 in 1968. On the B side, the brilliant “Hot And Sticky” was previously released on Rio R138 in 1967.