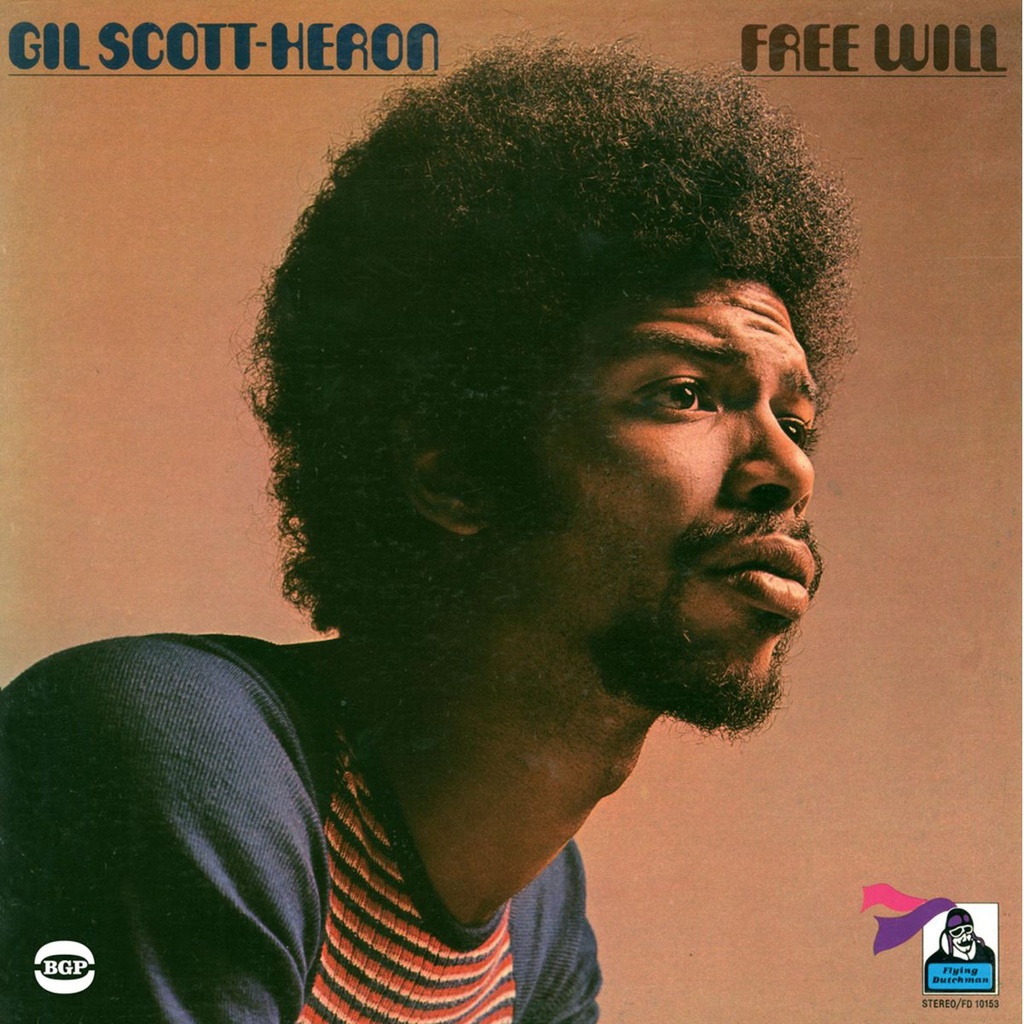 Gil Scott-Heron’s second album, “Pieces Of A Man”, showed that his collaboration with musical partner Brian Jackson was very special. The record contained some of Gil’s most revered songs, including ‘The Revolution Will Not Be Televised’, ‘Home Is Where The Hatred Is’ and the title track. Although not a hit, it was a big enough success to warrant a follow-up, but when the time came Gil was unsure. With more books than albums to his name, he thought his future may have been as a writer, but Brian Jackson and producer Bob Thiele convinced him otherwise, and in March 1972 “Free Will” was recorded.

The record’s first side comprised a set of songs that confirmed how well he and Brian Jackson worked together. The album’s masterpiece is ‘Did You Hear What They Said?’, one of the most effective evocations of war’s ultimate price. It was aimed at the conflict in Vietnam, but is as relevant today as when it was written. Other numbers seem to focus on the apathy or self-centred attitudes Gil saw in people’s actions. He was seeing the 60s dream turning sour and people standing idly by and letting it happen. It made for compelling art.

Gil’s literary side was represented on the album’s second side, which saw him return to the spoken-word poetry found on “Small Talk At 125th And Lenox”, his first LP. The new material seemed to find him angrier and more incensed by the world. He railed against apathy in society and misuse of power by the Nixon administration. He took white musicians to task for ripping off black American music throughout the 20th century, questioning why Elvis was more successful than Chuck Berry. The only let-up occurs in the final track, ‘…And Then He Wrote Meditations’, a considered tribute to John Coltrane.

“Free Will” was Gil’s final album for Flying Dutchman, and it showed a talent primed to succeed. Our reissue comes in CD and 12-inch vinyl formats. The CD version includes 11 alternate takes, taken from the original session tapes, providing a fascinating glimpse into the recording process.