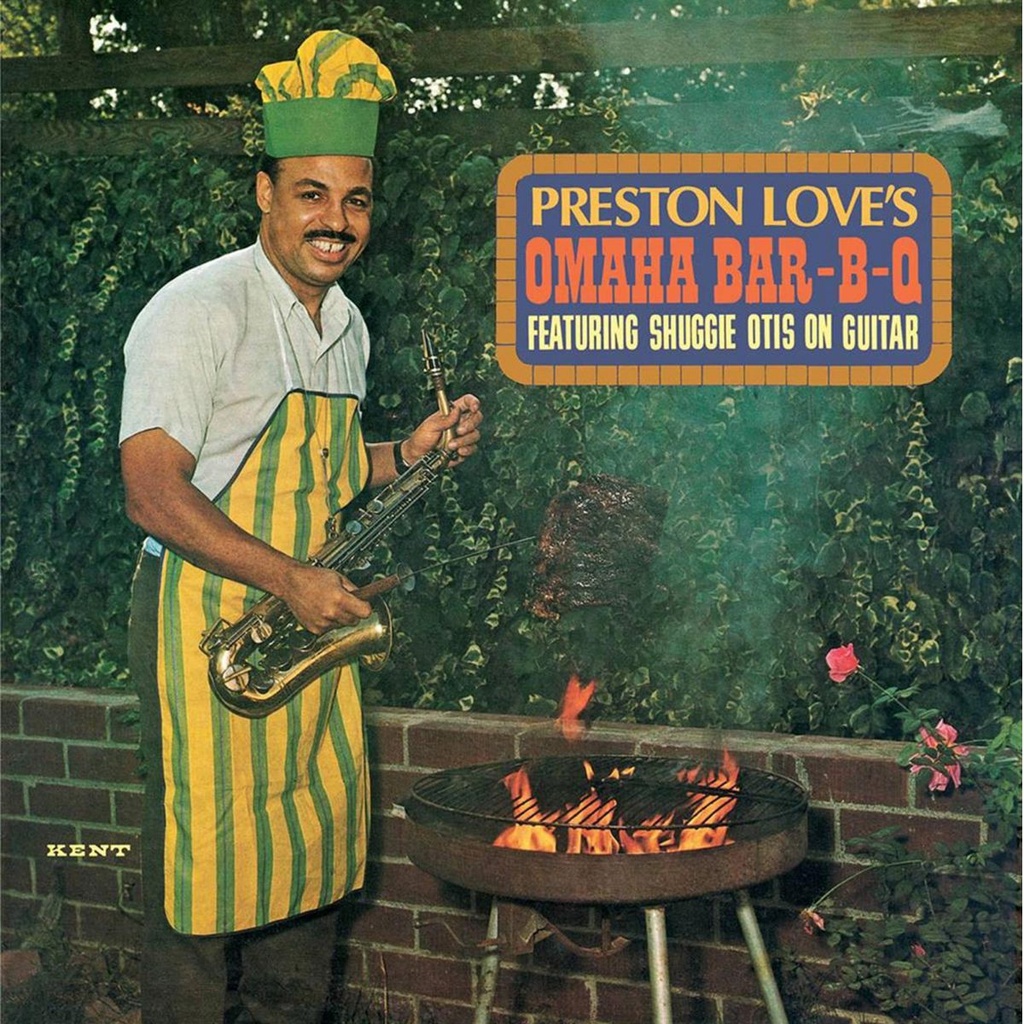 A coloured vinyl 180g release for this album, originally released on Kent in 1970, featuring both Johnny and Shuggie Otis.

This album is one of a surprisingly large number of deeply funky releases that appeared in the late 60s and throughout the 70s by older players - usually associated with either blues or rock'n'roll. On the Modern group of labels alone there were albums by Joe Houston, Johnny Otis and an unreleased gem by Pee Wee Crayton. For years these albums have been treated with disdain by those who collect the artists as commercial sell-outs and were so obscure that they were unknown to funk fans. This has started to change as funk collectors dig deeper - and they have been schooled by years of digging out oddities with an open mind. No frontiers. An original copy of Omaha Bar-B-Q now sells for over £60 in this country.

Preston Love was not a straight R&B player-.-having been born in 1921 he came up playing his alto saxophone in the big bands during the latter part of the swing era. In his local area he played in bands led by Lloyd Hunter and Nat Towles and in September 1943 he replaced Earl Warren for six weeks in the Count Basie Band. He then rejoined Hunter and then began working with both Lucky Millinder and Harlan Leonard, before becoming a full time member of the Basie band between 1945-47. The swing era was well and truly over by that stage and so, after leaving Count Basie, he formed his own R&B band and made several recordings for various labels, including Federal.

He carried on working in the R&B field and hooked up with Johnny Otis in the early 60s. They worked together regularly for the next two decades, and from the early 70s onwards switched between contemporary black music and the rock'n'roll revival.

This album was recorded in 1969 by Johnny's regular band, which by this time included the blistering guitar playing of his 14 year old son, Shuggie. Shuggie's playing had first been heard on the album Cold Shot, notably on the single Signifying Monkey. Shuggie was only months away from the start of a solo recording career with Epic, which culminated in some beautiful Sly Stone-influenced music such as Inspiration Information and the original version of Strawberry Letter 23 that was a big international hit for the Brothers Johnson on A&M. This album and the rare single, first released on the tiny LA-based Hudson label, Cissy Popcorn, (not heard here) are proof positive that Love's blues-drenched soul alto is the perfect vehicle for a funk record. Pot Likker and Chili Mac are liable to keep you dancing with their tight funky grooves. The personnel on this LP comprise pretty much the band (augmented by horns) that played the 1970 Monterey Pop Festival. What a sight that must have been!