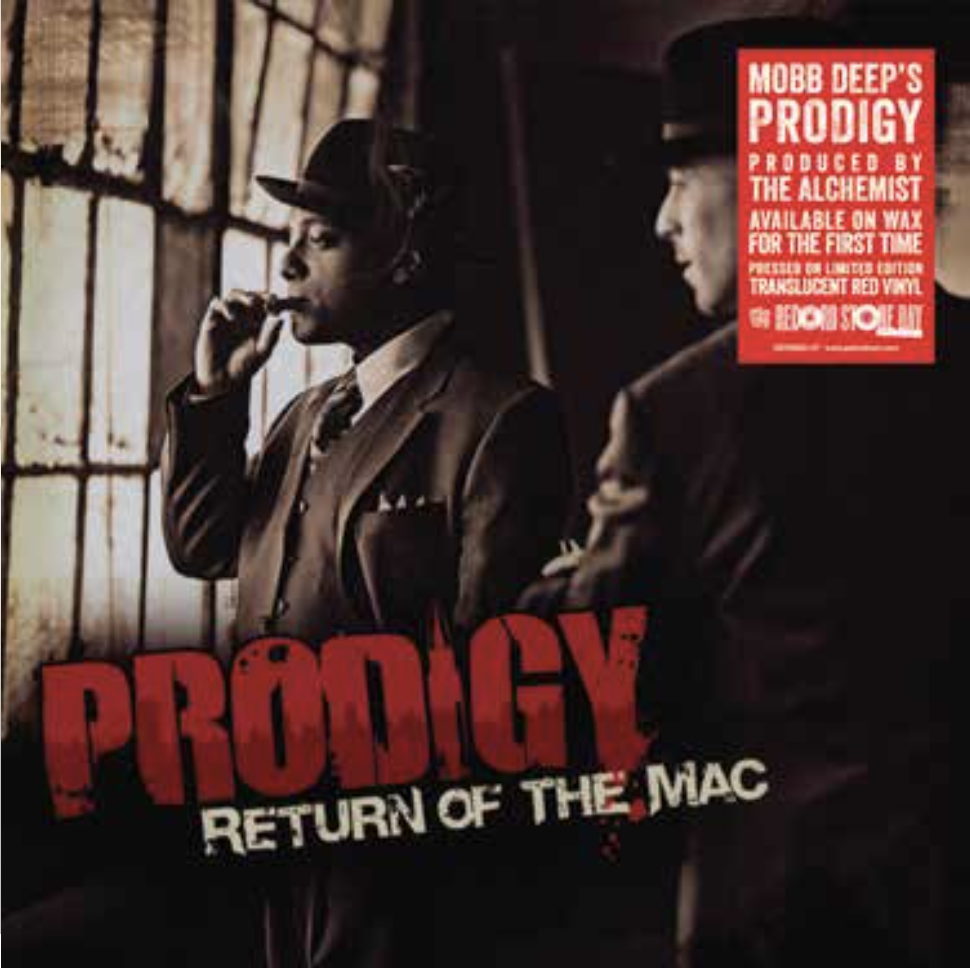 Prodigy, Return Of The Mac

Issued on vinyl for the rst time ever. The opaque red pressing is housed in a gatefold jacket and exclusive to Record Store Day 2022! In the mid-2000s, as Prodigy began to map out the follow up to his solo release H.N.I.C., he worked up some new material with long-time collaborator The Alchemist. Material that was meant to be a mixtape. Just a little something to keep the fans interested until H.N.I.C. Part 2. The resulting recordings were so high caliber, so tapped into the very essence of Prodigy’s Mobb Deep pedigree, just so damn good - that a commercial release of the material was inevitable – as Return Of The Mac. Backed by classic Blaxploitation style samples from The Alchemist, Prodigy paints a picture with his words. A picture of the rough and tumble New York of his up-bringing. When issued in 2007, many considered it his best effort in at least a decade. In their review of the then new release, even Pitchfork had to admit “Prodigy's made the comeback no one saw coming.” Fans agreed with that assessment, their whole-hearted embrace of Return Of The Mac placed the title at #32 on the Billboard Top 200.