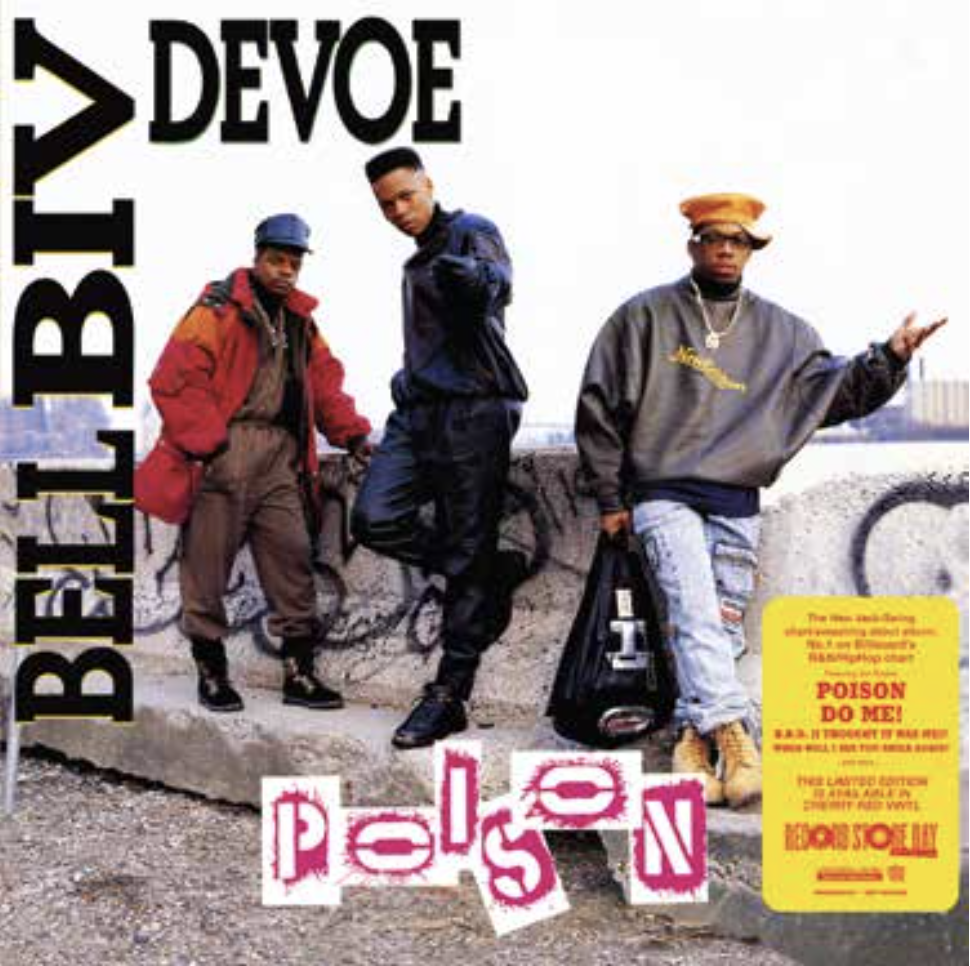 BBD’s Landmark Debut Is Presented For Record Store Day In A Never To Be Repeated Cherry Red Pressing. Ricky Bell, Michael Bivins and Ronnie DeVoe first rose to prominence as members of New Edition. With the group on hiatus in the late 80s, none other than Jimmy Jam and Terry Lewis suggested the three branch out on their own, and Bell Biv DeVoe was formed. With a hip hop swagger the group’s approach turned the tables – with R&B pulling from Hip Hop rather than the other way around. In fact it was Public Enemy producers Eric Sadler along with Hank and Keith Shocklee who made significant contributions in helping Bell Biv Devoe craft their debut album Poison. The title track and full-length both hit number one on Billboard's R&B/Hip Hop chart, entered the top 5 on both the single and top 200 charts and went on to be certified Platinum 4 times over.