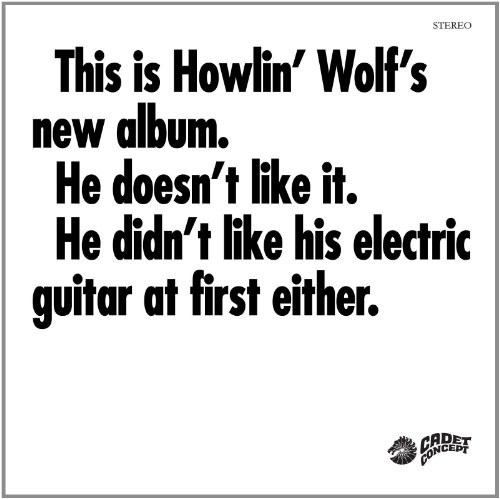 It’s not often that an album disavowed by its own author at the time of release goes on to become considered a modern classic. Yet that’s exactly what happened with Chicago blues legend Howlin’ Wolf’s 1969 LP The Howlin’ Wolf Album, a release that has since attained mythical status due to the controversy behind it.

Released on Cadet Records, a subsidiary of legendary imprint Chess Records, The Howlin’ Wolf Album was a radical experiment for a well established artist: attempt to integrate electric instruments and psychedelic arrangements into his revered signature blues sound. The result was an album that Wolf himself initially disregarded on the now infamous cover, but one that has won a special place amongst dedicated music aficionados thanks to its unique mix of traditional blues and electric rock elements.

Get On Down’s reputation for high quality reissues continues with The Howlin’ Wolf Album, which features a special Stoughton vinyl pressing with audio remastered from the original analog tapes for optimum sound quality and comes packaged in a paste-on style jacket featuring the album’s famous original artwork.