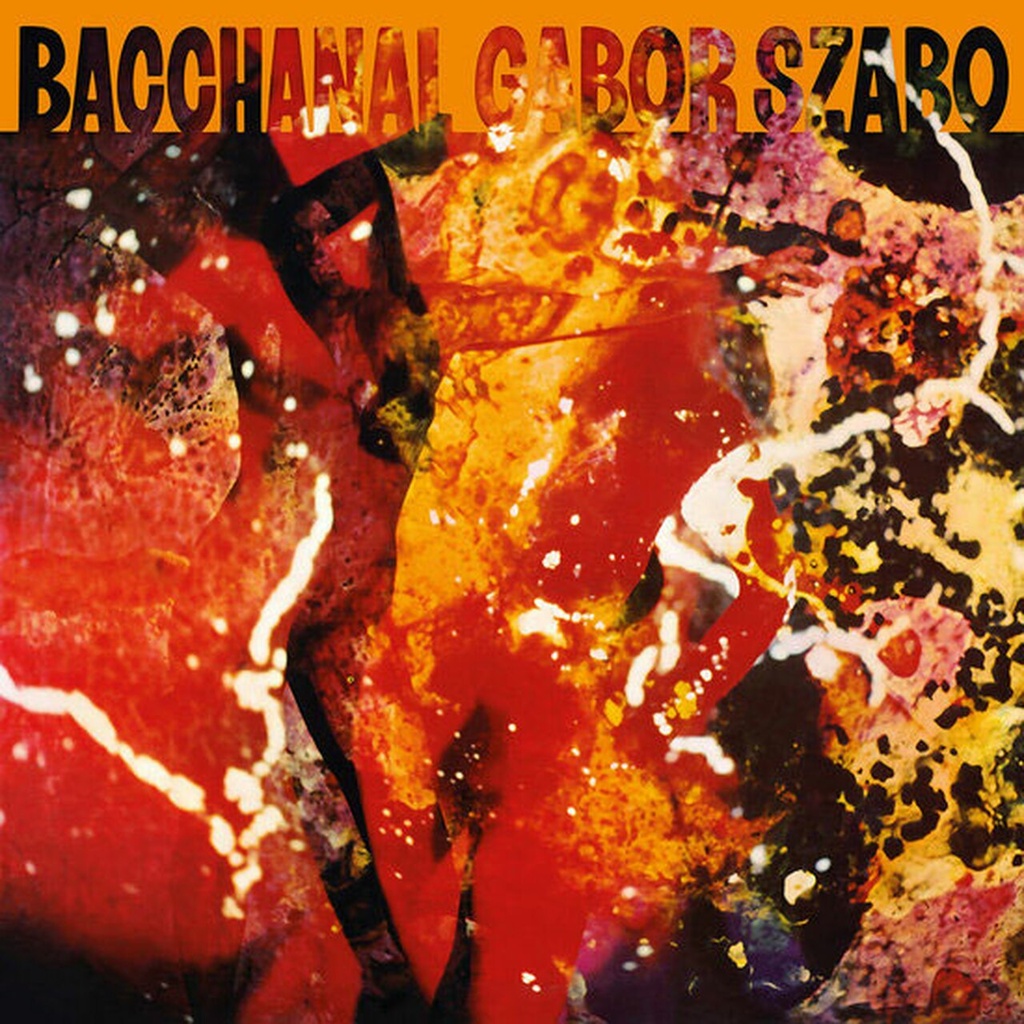 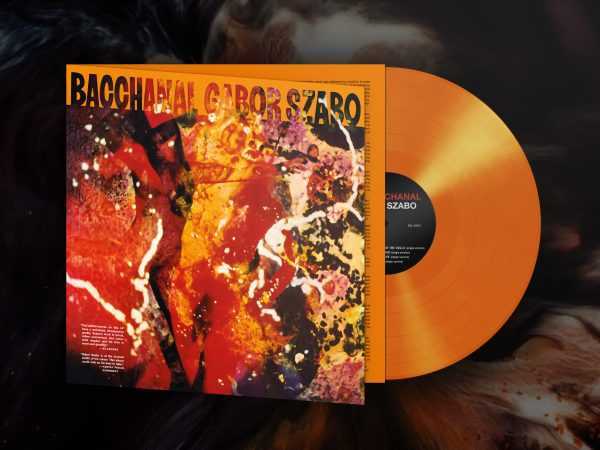 RE PRESS FROM A NEW MASTER

After recording four albums for Impulse in 1967, the distinctive guitarist

Gabor Szabo cut the three strongest records for the Skye label in 1968-1969: "1969", "Dreams" and "Bacchanal" all of them became legendary classics. This time EBALUNGA!!! are rediscovers "Bacchanal". Szabo's regular group of the era is heard on record for the last time: guitarist Jimmy Stewart, bassist Louis Kabok, drummer Jim Keltner and percussionist Hal Gordon. With the exception of two Szabo originals, the material is comprised of current pop tunes including two songs by Donovan, "Love Is Blue," "The Look of Love" and "Theme from the Valley of the Dolls."

Gabor Szabo was one of the most original guitarists to emerge in the 1960s, mixing his Hungarian folk music heritage with a deep love of jazz and creating a distinctive, largely self-taught sound.

He attended Berklee College (1958-1960) and in 1961 joined Chico Hamilton's innovative quintet featuring Charles Lloyd. Urged by Hamilton, Szabo crafted a most distinctive sound; as agile on intricate, nearly-free runs as he was able to sound inspired during melodic passages. Szabo left the Hamilton group in 1965 to leave his mark on the pop-jazz of the Gary McFarland quintet and the energy music of Charles Lloyd's fiery and underrated quartet featuring Ron Carter and Tony Williams.

During the '70s, Szabo regularly performed along the West Coast, hypnotizing audiences with his enchanting, spellbinding style. From 1970, he locked into a commercial groove, even though records like Mizrab occasionally revealed his seamless jazz, pop, Gypsy, Indian, and Asian fusions. Szabo had revisited his homeland several times during the '70s, finding opportunities to perform brilliantly with native talents. He was hospitalized during his final visit and died in 1982, just short of his 46th birthday.

“The performances on this LP have a restrained, introspective quality. Szabo’s work is lyrical, rather economical, and somewhat angular, and his tone is warm and glowing.” – Harvey Pekar, DownBeat

“Gabor Szabo is at the musical zenith of his career. This album could rank as his best to date.” - Billboard

“But for sheer lyrical beauty, few players are in Szabo’s class. His startling use of dissonance is a delight, too, and time and again he will alter a final phrase just slightly, totally reorienting a familiar tune.” – Alan Heineman, DownBeat

“This is definitely one of my ‘go to’ Gabor albums.” Mike Stax, Ugly Things

"Gabor Szabo’s Bacchanal documents one of the earliest and finest examples of what was then known as “jazz-rock.” Years before this new jazz style evolved – or devolved, according to some – into “fusion,” jazz-rock was mostly fashioned by younger jazz players whose ears were open to the emerging sounds coming out of rock and roll, especially those of the Beatles and, later, Jimi Hendrix. " - Douglas Payne