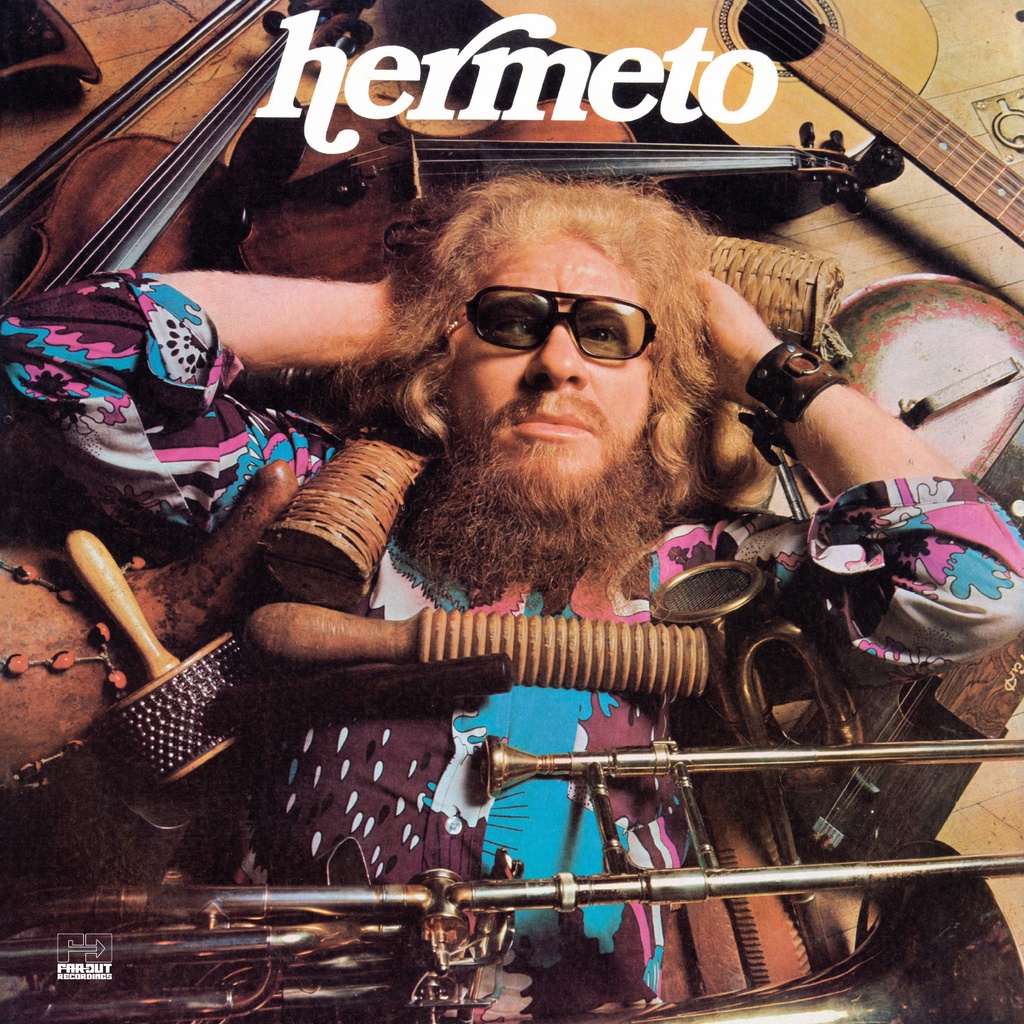 As Marianas (The Marianas)

While it was Hermeto’s first album released under his own name, he had spent the decade or so prior making a name for himself in Brazil and internationally as a composer, arranger and instrumentalist with groups including Sambrassa Trio, Quarteto Novo and Brazilian Octopus, before going on to work with (amongst countless others) Edu Lobo, Antonio Carlos Jobim, Donald Byrd, Airto Moreira and Miles Davis, who allegedly called Hermeto “one of the most important musicians on the planet”.

With Hermeto’s otherworldly orchestral arrangements, ghostly vocal performances from Flora Purim and Googie Coppola, and the inimitable drumming and percussion stylings of Airto Moreira, Hermeto easily rivals some of the oft-celebrated MPB albums of the early 1970s, sitting somewhere between the string-heavy magic of Arthur Verocai’s 1972 debut and the unplacable early experimentalism of Pedro Santos’ 1968 album Krishnanda.

With his phenomenal natural musical genius and a ceaseless sense of creative freedom, Hermeto is widely known for using unconventional objects to make music. In the album’s sleeve notes, Airto highlights the track “Velório (Mourning)” explaining how Heremto filled 36 apple juice bottles with different amounts of water and tuned them to precise pitches in order to create the beguiling harmonies heard.

Co-produced by Tony May