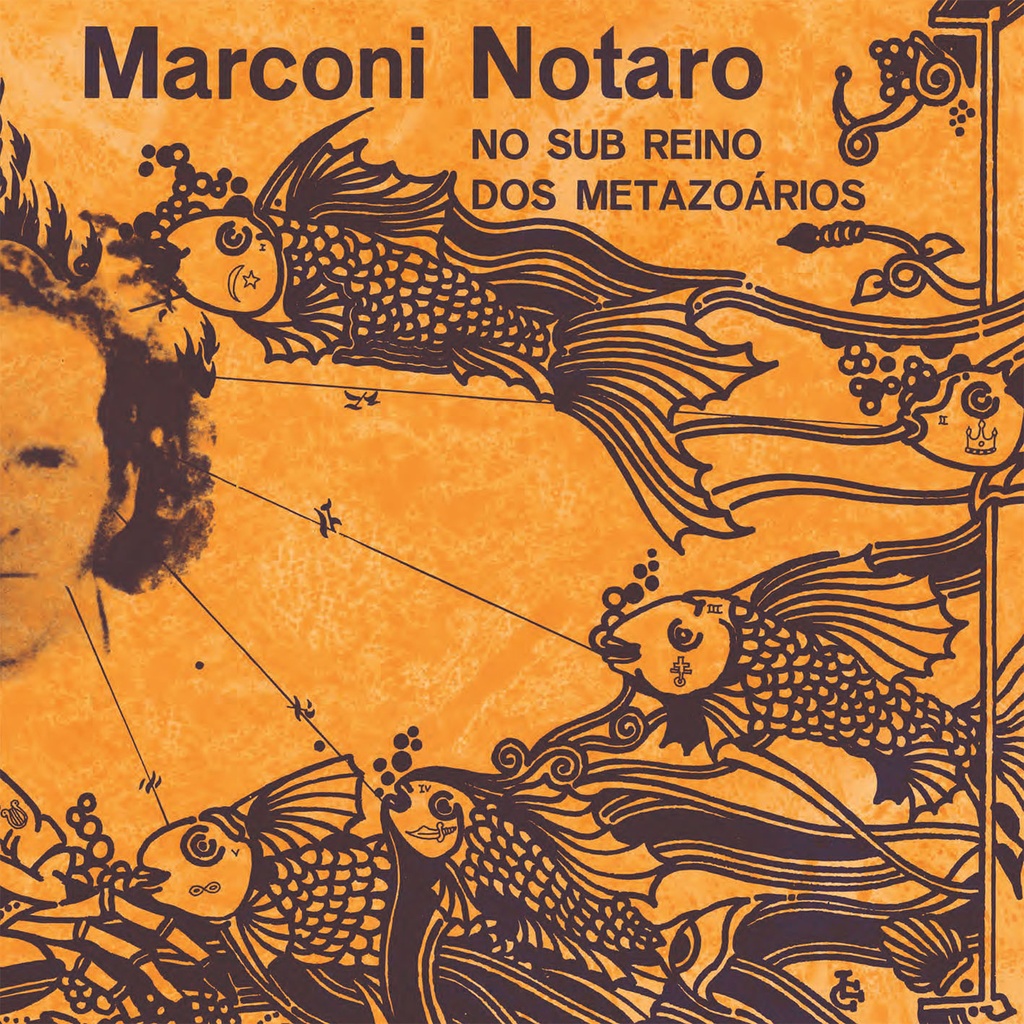 ‘No Sub Reino dos Metazoários’ is the first and only record by musician and poet Marconi Notaro, out of Pernambuco, Brazil. Originally released independently, however, with the support and distribution of Rozenblit, the 1973 album featuring Lula Cortes, Zé Ramalho and Robertinho de Recife is part of the holy trilogy of "Psicodelia Nordestina" amongst the equally mindblowing Paebiru (1975) and Satwa (1973).

For its non-comercial a raw aesthetics, the record became a true rarity among collectors worldwide and one of the most important albums of Brazilian Psychedelia.

For years it was known that the master tape of ‘No Sub Reino dos Metazoários’ had been lost during two floods that wrecked the Rozenblit Studios. Lots of equipment were damaged and plenty of material gone. However what no one expected was that the tapes were kept on the highest shelves in the studio where the water did not reach with the thought of "equipment can be replaced, master tapes are unique".

Notaro's daughters inherited and rescued the tape and made it available so that Fatiado Discos could release the first and remastered version from the original tapes since 1973.

The lysergic highest moments come with nature elements textures as water and wind mixing together with the unmistaken sound of the Tricórdio Acústico - which is a very unique instrument that Lula Côrtes brought himself from India and then adapted it with the help of a local luthier to the regional sound of the Brazilian northeast.

The gatefold designed by Lula Côrtes is portrayed in this release and it also has its inner side designed by Cátia Mezel, apart from an extra insert with unpublished photos of Marconi provided by the musician's family.