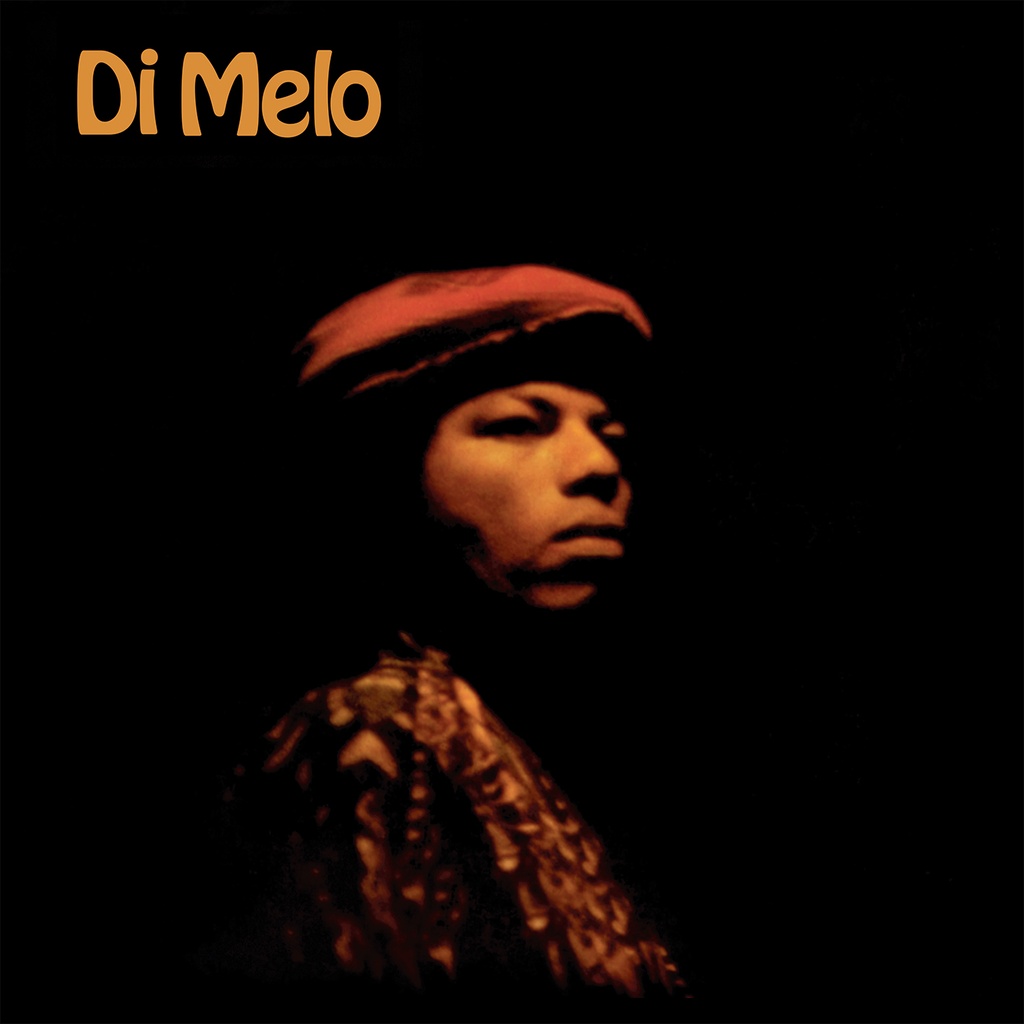 A1. Kilariô (Written by Di Melo)

A6. Sementes (Written by Di Melo)

B1. Pernalonga (Written by Di Melo)

Di Melo's debut album was originally released  in 1975 and it's a fusion of genuinely Brazilian rhythms with Funk, Soul and the right amount  of psychedelia. Di Melo is one of the main Brazilian Soul Music artists, seen by many as talented and musically creative as his peers Jorge Ben and Tim Maia.

Di Melo went missing in action from 1976 to  1997, the year his song "A Vida em Seus Métodos Diz Calma" was on the collection "Blue Brazil" from Blue Note record label. The word on the streets was that he was dead  until 2011, when the documentary called "Di  Melo, o Imorrível" (Di Melo, the immortal) was released.

In this 2021 edition the album contains the  original 1975 insert with lyrics plus photos from personal family archives and for the first time  the full credits with all the name of every single musician who took part, among them, Hermeto Pascoal.

One may say that in the 70's, in the Brazilian northeastern music scene, specifically in Recife/Pernambuco it was a magical time. The fusion of local original Brazilian genres such as Samba and Baião with North American Soul Music, Funk and British Psychedelia resulted in one of the richest cultural scenes worldwide. And it is exactly in such context that Di Melo was in when he wrote his acclaimed debut album.

Roberto de Melo was known as Bob Di Melo amongst freaks and weirdos in the art and music scene when Jorge Ben introduced him to important executives of the music business in São Paulo, where most record labels were. His strong personality is best seen in his music and also helps launch his 1975 first album through a major company with amazing musicians such as Hermeto Pascoal.

"Kilariô", the opening song of the album, became a big hit all over the country. Other songs such as "A vida em seus métodos diz calma" and "Pernalonga" were also a hit on the radio and clubs. Di Melo, the album, became then a success by the critic and public mainly for going through several music genres not letting go of the deep Brazilian roots.

The young man of 25 coming from the outskirts of Pernambuco was at the peak of his success. Psychedelic drugs and cinema references were blowing his mind away when he realised that he was being conned by music industry rats. His songs were at the hit parade on the radio and his music had been recorded by some of the biggest names in Brazil, but what he was being paid for made no justice to that. People say that after watching the movie "Blow Up" by Antonioni, Di Melo himself beat the s*** out of the publisher who paid him less than 10 dollars for his rights for the past three months.

Such events, ran by the same strong personality that initially opened doors, made Di Melo ostracized by the ungrateful Brazilian music industry. Perhaps that's what it took to make such a mythical album.