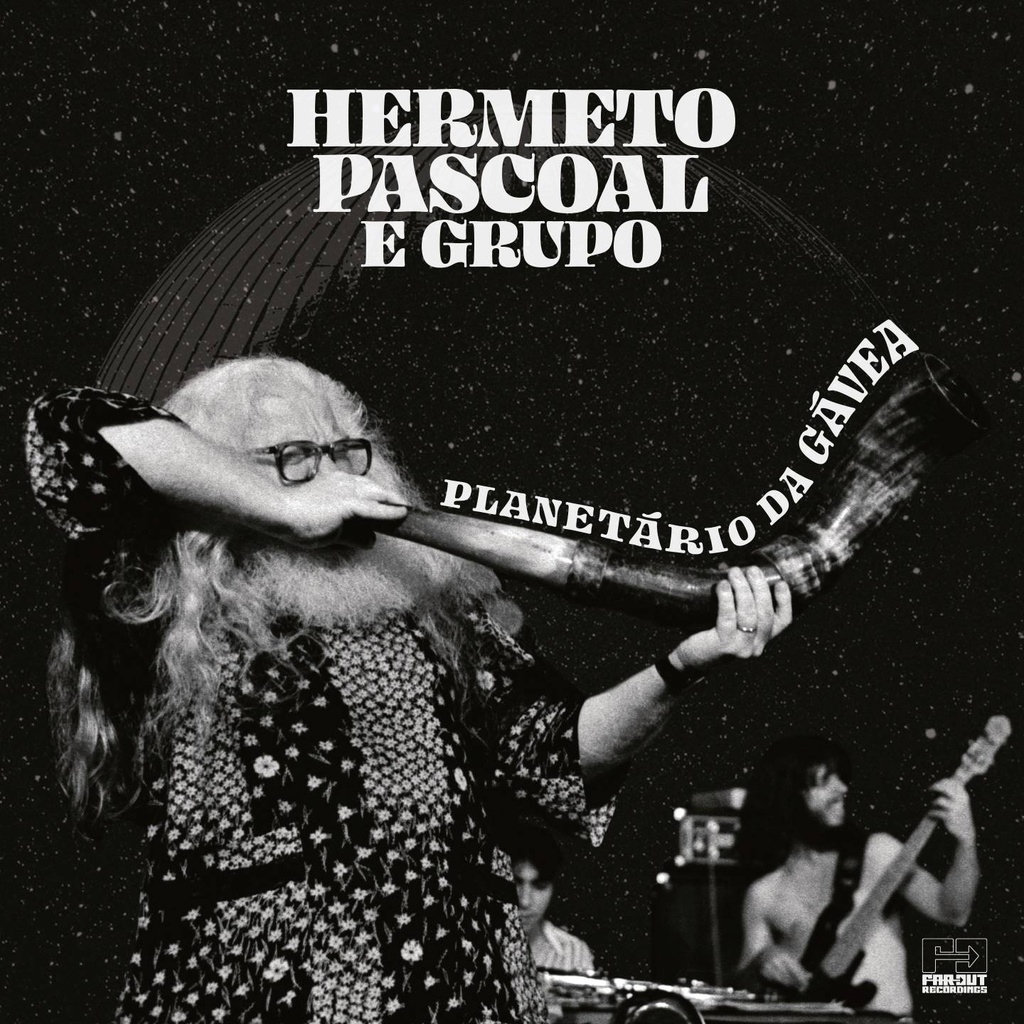 On a balmy Brazilian night in February, 1981, a crowd gathered in Rio de Janeiro's Gávea neighbourhood under the iconic dome of the city's Planetário (Planetarium). Alongside musicians like Helio Delmiro and Milton Nascimento (who were in the audience that night), they were there to see the great "Bruxo" (sorcerer) Hermeto Pascoal live in concert, with his new band formation which would become known simply as "O Grupo" (The Group).

Growing up on a farm in Brazil's northeastern state of Alagoas, Hermeto has always been deeply in tune with, and inspired by nature. In his youth he would make his own flutes to play call and response with the birds and frogs. He would build scrap-metal instruments in his blacksmith grandfather's forge, and sit for hours by the lake listening to the sounds of nature. On the Planetário Da Gávea recordings though, Hermeto is cast as the "sorcerer" or the "cosmic emissary" (as the great Brazilian guitarist Guinga once called him), exhibiting an intuitive sense of harmony and melody beyond that of our own world.

"Tudo e Som" (All is Sound). It's a phrase Hermeto regularly returns to, and it points to the fact that not only can music be made from anything, but also alludes to something much more profound. It's an understanding of the universe as being in a state of constant movement, forever vibrating at the quantum level, like the string of a guitar, or a saxophone's reed. "Tudo e Som" is a declaration of the mystical and spiritual power of sound, as a fundamentally vibrational force.

The series of concerts at the Planetário marked the birth of "O Grupo" which would last with the same line-up (apart from Zé Eduardo Nazário) for the next eleven years. Every member of O Grupo was a phenomenal musician in their own right. It was one of saxophonist/flautist Carlos Malta's first gigs with the group, and the concert unusually featured two drummers, Zé Eduardo Nazário and Marcio Bahia. Nazário, from São Paulo, had played with Hermeto during the mid-70s (as well as with Milton Nascimento, Egberto Gismonti and Toninho Horta, to name a few). Bahia though had just joined the group. Acclaimed keyboard player Jovino Santos Neto was on keyboards, piano and organ, and the great Itiberê Zwarg (who remains in Hermeto's band to this day), played bass. Rounding the group off was the percussionist Pernambuco. During this period (up until the early 90s) the group would rehearse for hours on end, virtually seven days a week, with a total dedication to music and Hermeto's musical vision.

Most of the compositions performed that night at the Planetário had never been recorded before, and many are unique to this album, including the wild 'Homônimo Sintróvio', the exaltant 'Samba Do Belaqua', 'Vou Pra Lá e Pra Cá' and 'Bombardino', which features Hermeto's wonderfully absurd call and response mouthpiece soliloquy. Then there's the stunning 7/4 Samba 'Jegue' which builds with inventive dissonance, before releasing yet another celestially colourful, celebratory refrain. The show also features the first recorded performances of 'Era Pra Ser e Não Foi' and 'Ilza na Feijoada' (inspired by Hermetos' wife Ilza's famed black bean and meat stew), which Hermeto later recorded on his 1984 studio album "Lagoa Da Canoa Município De Arapiraca".

Dubbed by Miles Davis as "one of the most important musicians on the planet", a Hermeto Pascoal live show was (and still is) an experience like no other. Across the recording of the Planetário concert, wild improvisation meets groovy, virtuosic vamping on progressive, extended psychedelic jams. The tracks are generally built around a beautiful, transcendent melody; instantly recognisable as being Hermeto's, and for the most part, the musicians then solo over extended two chord vamps. There's a plethora of powerfully delivered rhythms, wild solos and the performances are punctuated by Hermeto's unpredictable, at times comical sonic antics.

Over forty years since this historic happening, Far Out Recordings is overjoyed to release this magical recording of Hermeto Pascoal e Grupo Live at Planetário Da Gávea, on double vinyl LP, CD and digitally for a February 4th 2022 release.

All tracks composed by Hermeto Pascoal

Artwork and Design by Alessandro Renaldin