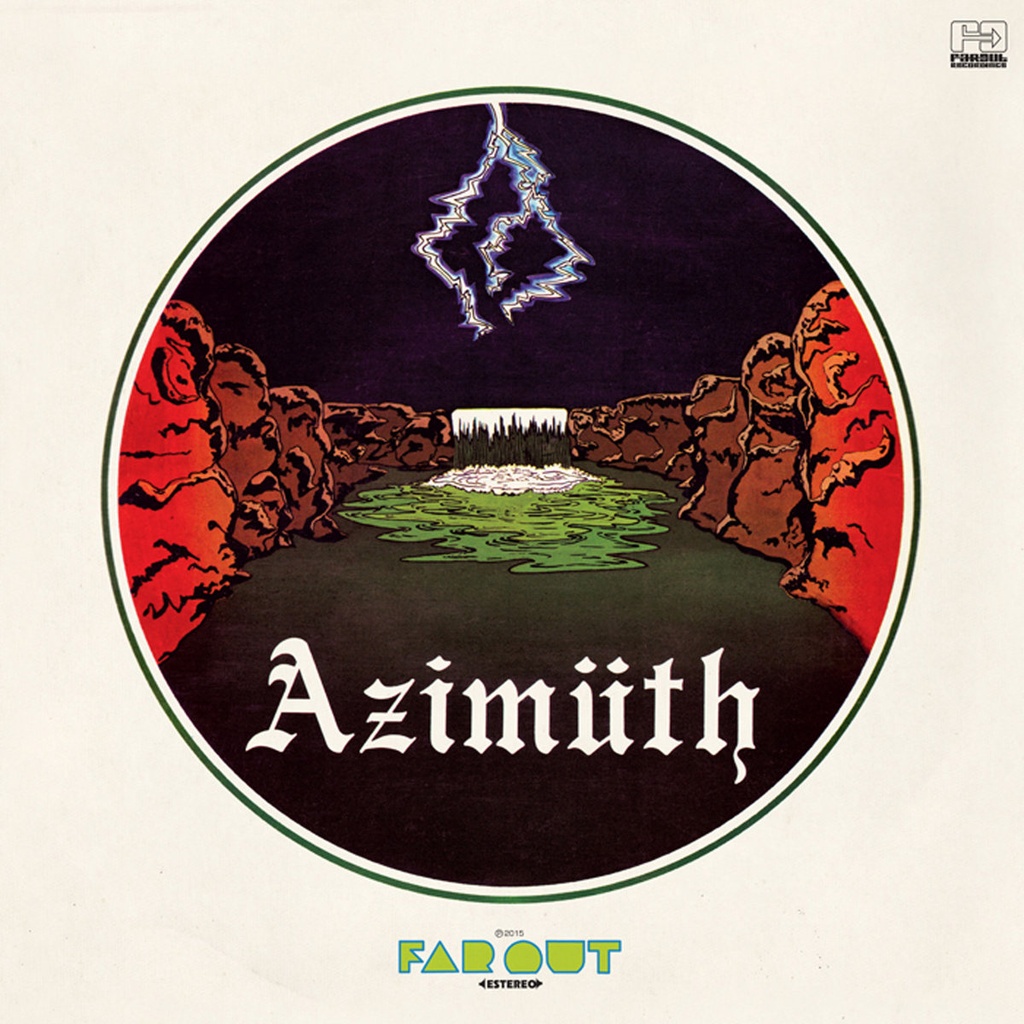 A1 Linha Do Horizonte

A5 Caça A Raposa

B2 Waiting For My Turn

The original line up of Azymuth consisted of José Roberto Bertrami on keyboards and synths, Alex Malheiros on bass, Ivan Conti (aka Mamão) on drums and timbalas, plus Ariovaldo Contesini on percussion. Bertrami was the drive behind Azymuth’s sound - a control freak and musical genius obsessed with the latest technology who wanted to use it to push the boundaries of music in a way that no one else in Brazil had done. His use of keyboards has drawn comparisons between Azymuth’s work and Herbie Hancock’s early 70s output, yet with its Brazilian swing Azymuth’s electric jazz sound is unmistakeably their own. Conti is an impulsive and an incredibly energetic drummer, and the real hardcore Carioca of the trio. Alex Malheiros, who learned his trade playing with the master of Brazilian swing, Ed Lincoln. Alex is respected in Brazil as one of the original groove masters.

Bertrami rose to fame as an arranger in the mid-60s and by the late 60s he was arranging for the queen of Brazilian music, Elis Regina. This pushed him into the major league and by the early 1970s he was arranging for the burgeoning TV novella scene. When he was not working, Bertrami made trips to New York to buy the latest keyboards and synths, ensuring he had the most up to date range of keyboards in Brazil. His work in TV Novellas meant Bertrami knew most of the A&R people in the Brazilian music industry, yet when he shipped the demos that became the core of this album round to them in 1973, they didn’t share his vision - one label even going as far as to say that the music was ‘wrong’.

Released in summer 1975, the album was a minor commercial success selling 200,000 copies. Opening track ‘Linha do Horizonte’ – a sublime piece of melancholic electronic saudade where deep cinematic synths melt into gently strummed acoustic jazz guitar - was chosen for a TV Novella and went on to sell half a million, propelling Azymuth onto the Brazilian music scene.

Azymuth went on to become one of the best-selling jazz artists of the 80s with their future albums for Milestones, unquestionably the biggest jazz label of that decade. ‘Azimuth’ is the album that kickstarted it all for them, the record that was the blue print and definition of their ‘samba doido / crazy samba’ sound.