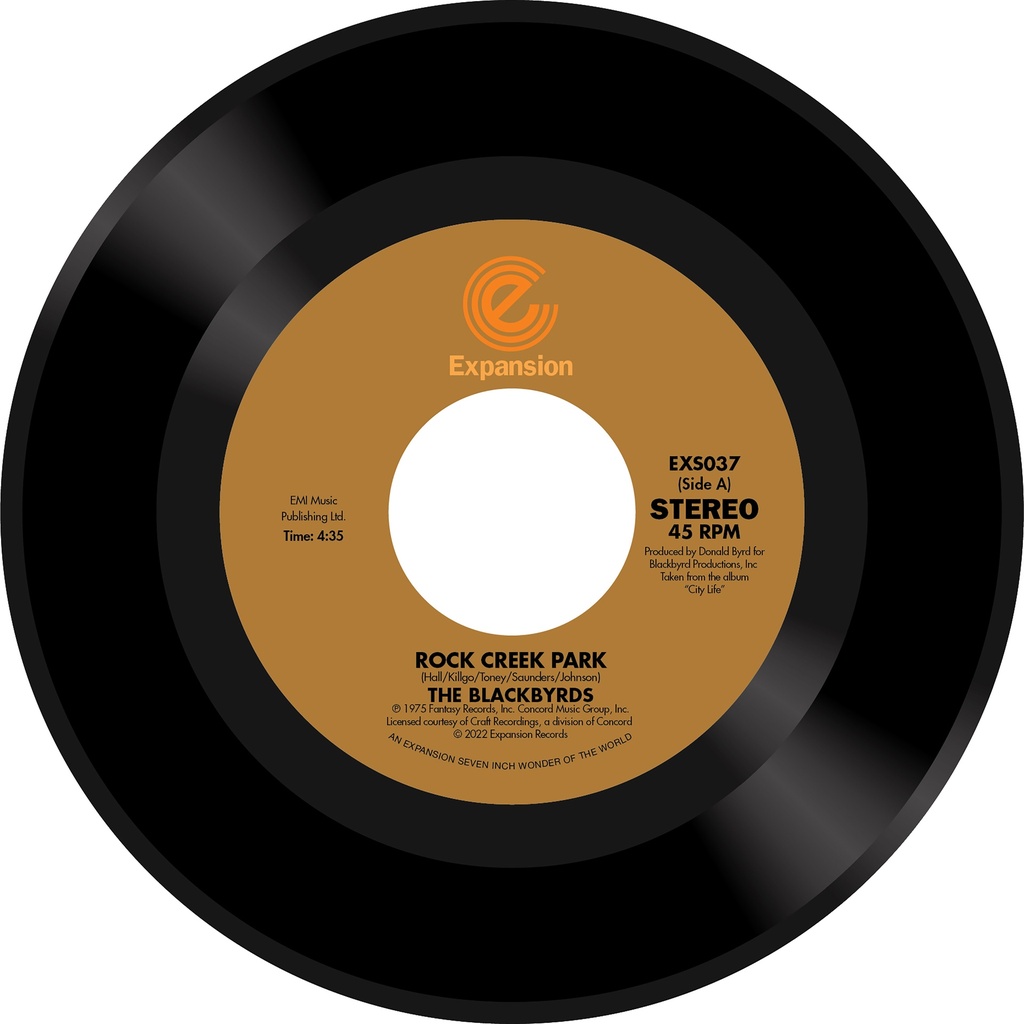 The Blackbyrds are an American soul and jazz-funk fusion group from Washington DC, inspired by their mentor and trumpeter Donald Byrd.   They signed to the Fantasy label in 1973, and released seven original albums and one remixes compilation between 1974 and 1980. Members include drummer Keith Kilgo (who reformed the group in 2012) and keyboard player Kevin Toney.
Both “Rock Creek Park” and “Gut Level” are among their most classic recordings, signature tracks which still resonate with UK and international audiences today. “Rock Creek Park” was written by the group and produced by Donald Byrd; “Gut Level” was composed by trombonist Lincoln Ross of The Three Pieces and produced by the legendary Larry Mizell.