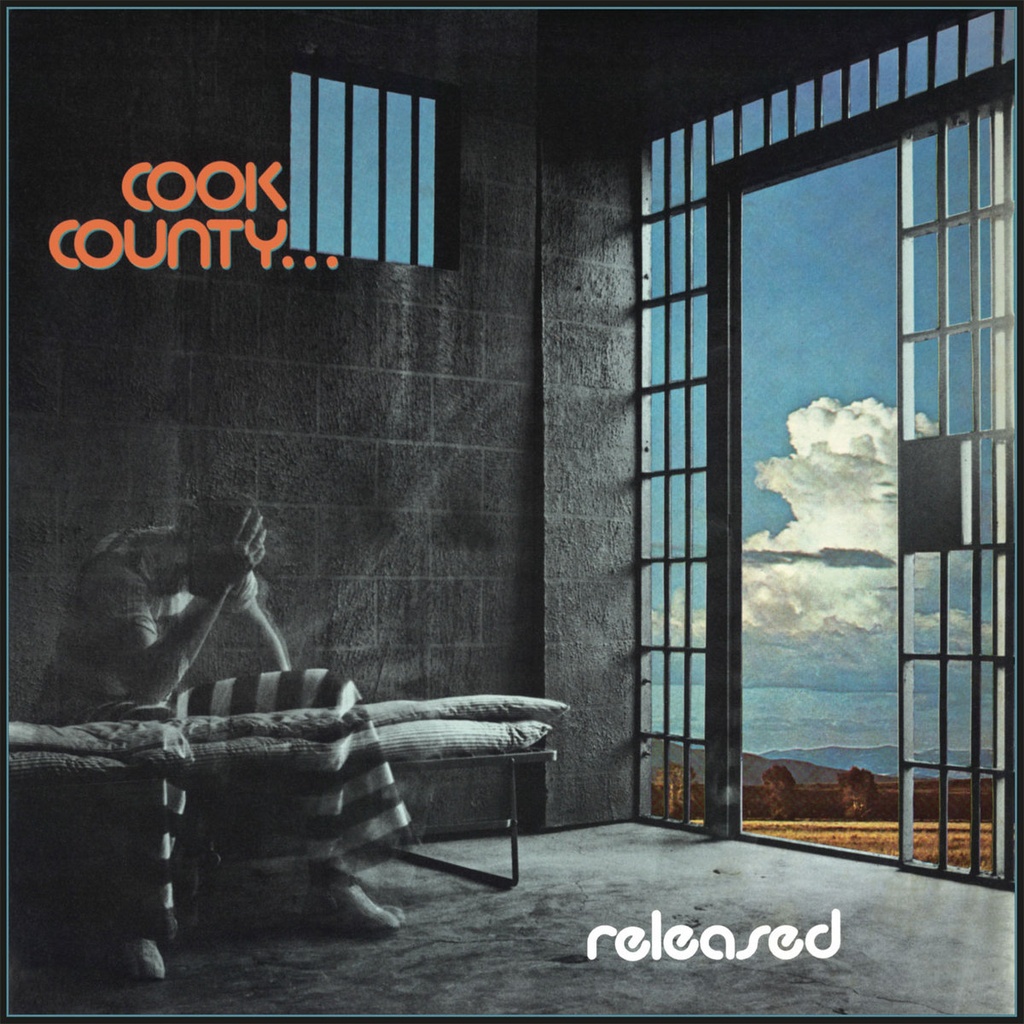 Pop oriented yet classic funk, which sounds like a modernized version of SLY & THE FAMILY STONE or Betty Davis with a silky and smooth sound but simmering, hot blooded performance. Memorable tunes and a hand for outstanding melodies make this a must have for all funk fanatics out there. Bandleader Zach Prather is a prolific blues musician these days living in Switzerland.

Zach Prather is a prolific guitarist and blues man who nowadays lives in Switzerland and has worked his hands to the bone with legends such as Curtis Mayfield, Willie Dixon or Mick Jagger in the past 50 years. In 1978 he teamed up with another producer, prolific blues man Cash McCall, with whom he ventured into funky dance music in a project named COOK COUNTY, after the US county in which Chicago lies and which features an infamous prison. You can assume that the project name and album title “Released” are a pun directed towards this jailhouse and the prison cell on the cover will prove that. Listening to the album one might not really think about the tough life in prison but more of a joyful time on a giant white luxury yacht cruising the ocean, or a steamy night in a noble club in Chicago. The music has power and style but comes clothed into a smooth and silky sound garment. The songs are memorable and accessible pieces of funk and pop with soulful melodies and rich vocals that showcase a very precise interplay of the instrumentalists, probably nameless, yet excellent studio musicians. The performance is hot blooded here for sure and the atmosphere is sweaty and filled with passion, still there is this Funk music, no matter if played with the intention to reach a widespread audience, is sheer passion as it moves you with its good vibrations. Zach and Cash have achieved exactly this aim, to move people, to make people happy just listening to their songs. Thing is that “Released” only saw the light of day as a promo back in 1978 and barely shows up these days. Over the past years the albums was sold only 2 times, once for 1700 USD and once for 2700 USD. But which fan of funk and soul with a pop appeal would ever give away such a true gem? The brass section sounds like a modernized version of SLY & THE FAMILY STONE, wild, furious and gifted with writing, exciting melody lines upon classic funk tunes. This is as classic as funk can get actually and stands on the same level at eye height with Betty Davis, the aforementioned Sly Stone and later acts like HOT CHOCOLATE, which were certainly more pop oriented but still steaming in every aspect. A sweet reissue on Everland Music for all those who walk the funky way.