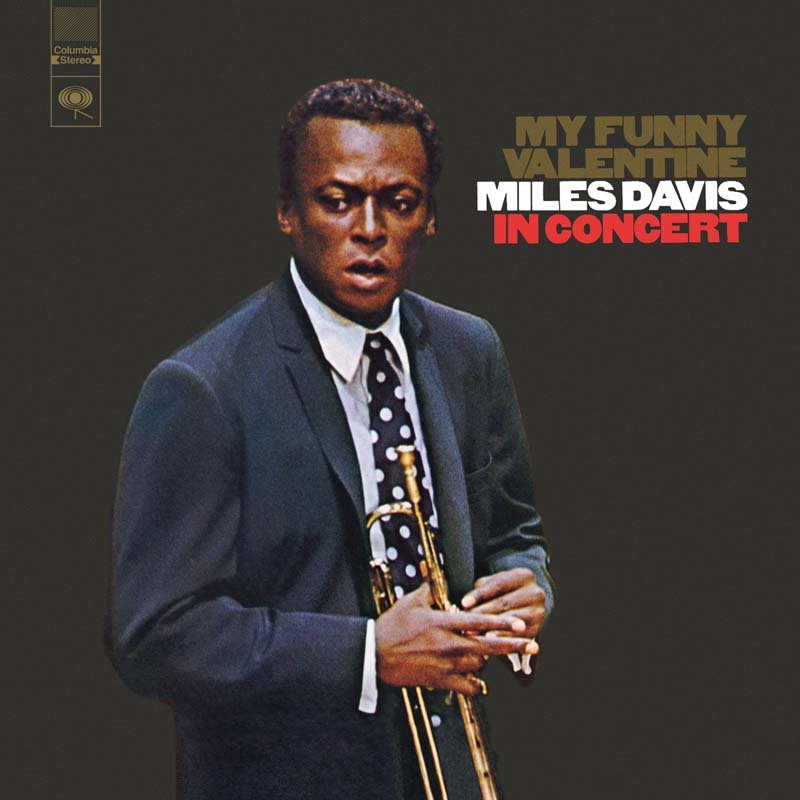 A1. My Funny Valentine

B1. Stella By Starlight

B3. I Thought About You

The live performance which would be the focus of Miles Davis' 1965 album, My Funny Valentine, was the second of two live sets recorded at the recently built Philharmonic Hall in New York. The concert, consisting primarily of slow and mid-tempo numbers, presented a tense and awkward atmosphere to Davis and the latest iteration of his quintet; they were embarking on their highest prestige gig at the time, right on the cusp of the assassination of president John F. Kennedy. Tensions were so high that by the end of the concert they believed that they had botched their performance, and bombed the entire show.

Fortunately Davis and his quintet were wrong. Far from bombing, the recordings on My Funny Valentine were critically applauded, with Davis biographer Ian Carr going on to call the album "...one of the very greatest recordings of a live concert."

My Funny Valentine features inspired performances by Davis and his crew, who brought solemn depth to compositions by Cole Porter, Richard Rodgers, Victor Young, Jimmy Van Heusen, and a live take on "All Blues", the lone Davis piece on the record. My Funny Valentine would not only rank as one of his finest live recordings, but it would be his last collaboration with saxophonist George Coleman, ushering in the arrival of his "Second Great Quintet" period.