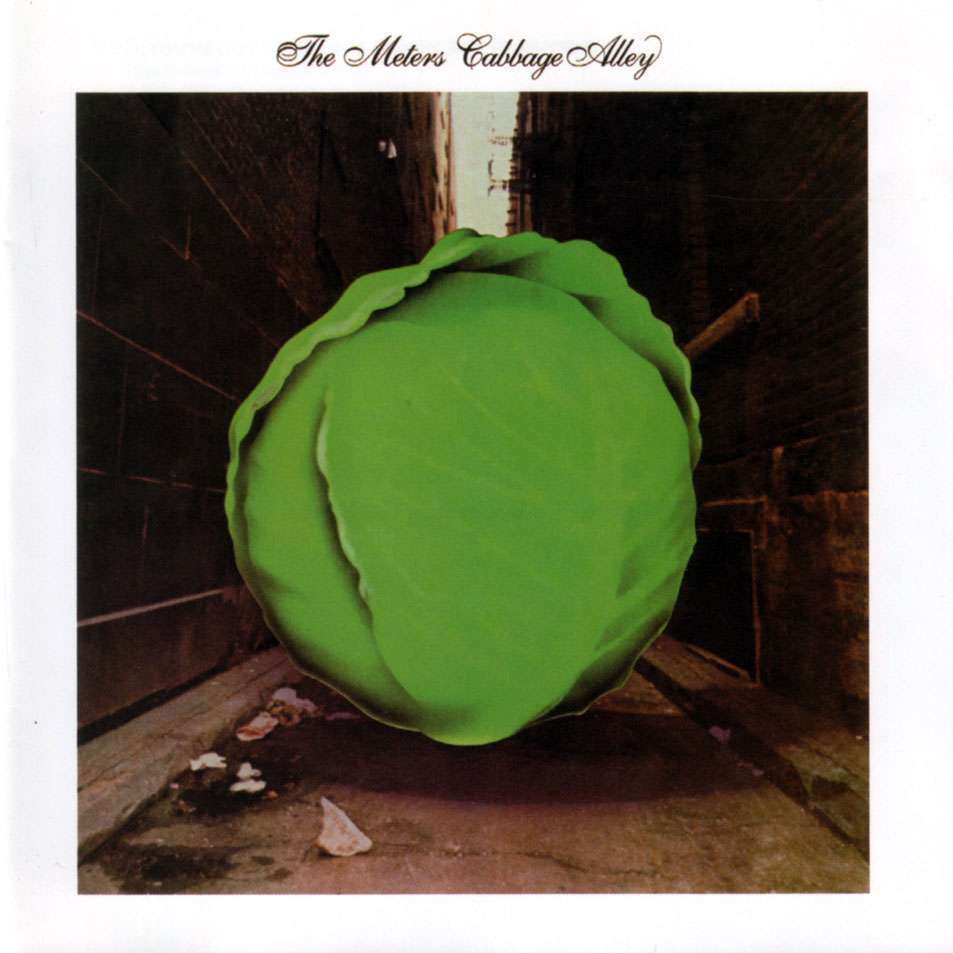 A1. You've Got To Change (You Got To Reform)

A4. The Flower Song

B3. Lonesome And Unwanted People

B4. Gettin' Funkier All The Time

Few funk groups have had as far-reaching an influence as New Orleans band The Meters, the project of keyboardist/vocalist Art Neville, and the famed house band of Allen Toussaint. During their mid-60s-to-late-70s heyday they released a heavy mixture of instrumental and vocal albums and singles of Louisiana-inflected soul, R&B, and funk music that continues to inspire and marvel, and get covered by groups and artists like Red Hot Chili Peppers, Jaco Pastorius, Widespread Panic, and even The Grateful Dead.

A major change occurred for the band, leading up to the release of their 1972 album Cabbage Alley; Josie Records, the label which had long the home of The Meters, went bankrupt. The band left Josie for Reprise Records, which brought a crisp, and slicker sound, as well as a newfound interest in both reggae music, and the works of Professor Longhair. Cabbage Alley featured 10 Toussaint-produced cuts of funky New Orleans splendor, (And even a Neil Young cover) with less of their signature instrumental jams, and more of Art Neville's vocals taking the forefront. It may not have been the widespread success Josie albums like Look-Ka Py Py and Struttin' were, but Cabbage Alley was still a rock-solid collection of funk, and a sign of greater things to come from their time at Reprise.