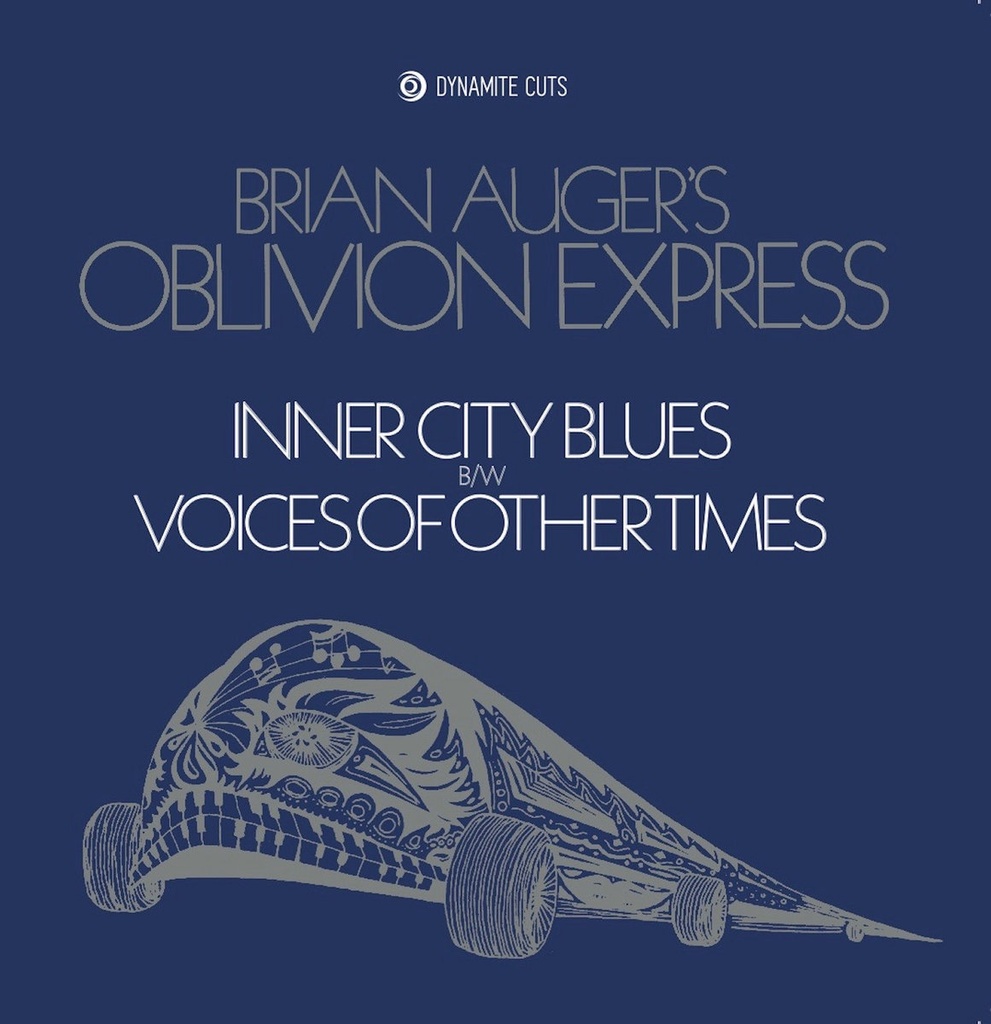 Wow, we’re so happy to release these two gems from the mighty Brian Augers’ Oblivion Express. Mr. Auger is a superb Hammond organist & pianist. Known previously for his work with Julie Driscoll, Brian Auger & The Trinity in the 60s, Oblivion Express vibes kicked off in the 70s.
Our A side ‘Inner City Blues’ is a cover of the Marvin Gaye classic. A Hammond driven groove with a deep percussive backing and killer vocals, this version stands up as a banger in its own right, a must have cut!! b/w ‘Voices Of Other Times’ is one of my favorites from the Closer To It LP, a super funky, jazz-rock thang, up-tempo and includes a wonderful sample and loop. Dynamite Cuts DJs tool, and one for the collectors!

Both tracks are taken from the groundbreaking ‘Closer To It’ album from 1973 which was such a genre bending release it entered the US jazz, R&B and rock charts simultaneously. We release this amazing 45 with the permission & cooperation of Greg Boraman’s Soul Bank Music – who recently announced they have licensed Brian Augers’ full back catalogue to re-issue, including many previously unheard rarities from Brian’s personal archive.