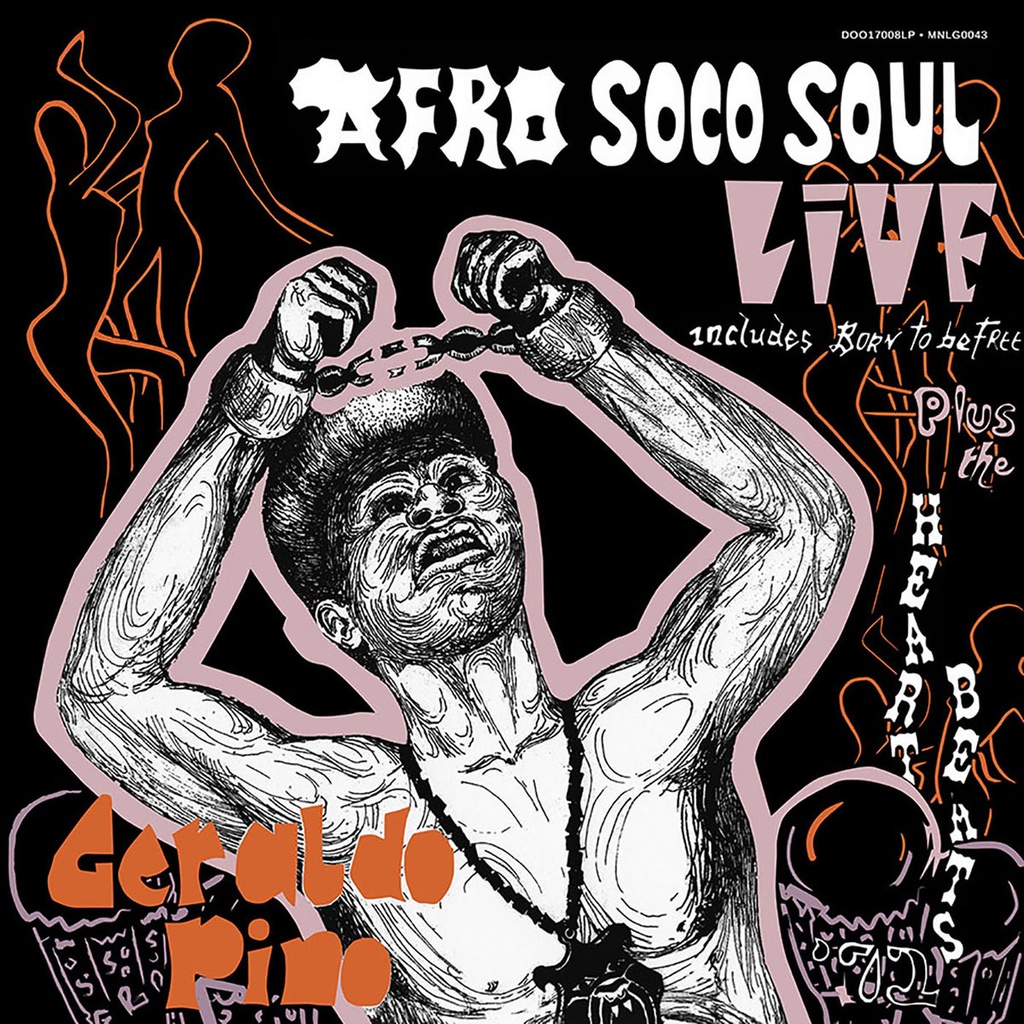 He was born in Sierra Leone in the 1930s. Fact is that Gerald Pine was son to a lawyer working in Nigeria, lost his mother and sister at a very young age and found relief in music. He played social clubs by the early 60s with his newly founded band THE HEARTBEATS delivering cover-versions of American hits and Congolese rumba tunes that were then utterly popular in the West Africa area. Due to the influence of Congolese popular musicians Franco and Dr. Nico he adopted the more exotic sounding stage name of Geraldo Pino and he moved on from there. THE HEARTBEATS literally played until their fingers bled in popular night clubs in Sierra Leone, became one of the highest earning bands of Western Africa and were even able to put up their own television show after television had been introduced in Sierra Leone in 1962. All those developments put Geraldo Pino and his band in the position as leading figures in the African popular music that even a legend such as Nigerian cult musician Fela Kuti, who is often credited with originally creating the so called “Afro Beat” style stated Geraldo Pino and THE HEARTBEATS as major influence which even made him setting sail to the USA to introduce his musical vision over there for he could not match with Geraldo Pino concerning popularity in Africa. This of course is a whole different story. Geraldo Pino lived and played in his area, Sierra Leone, Ghana, Nigeria and created some of the hottest funky sounds with sophisticated sound gear, outstanding clothing and songs that made your blood boil. After a few 7” releases throughout the 1960s the first real album of GERALDO PINO & THE HEARTBEATS hit the scene in 1972. “Afro soco soul live” is as the title suggests an album that has been recorded at a concert and Geraldo Pino often communicates with the utterly enthusiastic audience, gives longer announcements between the songs or introduces his lead guitarist before he starts a simmering solo. All songs here have an average length of six minutes and despite their composed parts they show this free jammy flow. The basic style is funk with soulful vocals which gets mixed up with traditional African percussion grooves. This album swallows you with its mesmerizing rhythms. It's afro funk at best with a frantic atmosphere whirling up from the ever flashing percussive arrangements. The funky Hammond B – 3 organ is omnipresent on all the tracks and duels with the wild and completely unleashed lead guitar from time to time. Repetative chord progressions and harmonies decorate the solid rhythmmical base and deprive you of your senses while you get deeper and deeper into a trance like state moving and floating along on the dancefloor. Due to the crisp and clear sound this record gives you the feeling of being right at the scene, everything sounds and feels so vivid, even after more than four decades. So it is no wonder that this record is a popular gem in Western Africa but how is the reception from the European and American fans of furious funk music? Well, Geraldo Pino has become a legend in his home area but just a short time before his death in 2008 people from the Western World really discovered him and his amazing band. Original copies of this album go for several hundred USD if they ever turn up. So a reissue of this sacred gem of African funk music from the early 70s has been long overdue. A record that is made to let dancefloors smoke and tremble and the musicianship is sheer amazing!

Geraldo Pino & The Heartbeats, Let's Have A Party