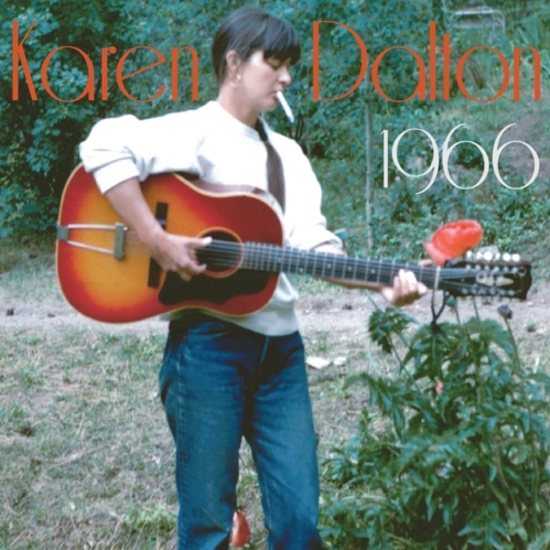 Features Karen solo on banjo and guitar, plus 4 duets with Richard Tucker. Many never heard before covers including ‘Reason To Believe’ & ‘Don’t Make Promises’ by Tim Hardin, and ‘Other Side To This Life’ by Fred Neil. KD at her most intimate and unfiltered.

CD Booklet containing beautiful, unseen photos (including Karen with Fred Neil and Tim Hardin), and a 3,500-word essay by Ben Edmonds (MOJO, & currently working on a biography of Tim Hardin)

Karen Dalton was a remote, elusive creature. A hybrid of tough and tender with an unearthly voice that seemed to embody a time long past. As is often the case with such fragile beings, she instinctively understood that the only way to survive the harshness of the world around her, was to keep herself hidden. So it comes as no great surprise that she rarely sang in public or ventured into the unnatural setting of a recording studio. Only twice, for 1969’s It’s So Hard To Tell Who’s Going To Love You The Best and then again for 1971’s In My Own Time, was she coaxed from her habitat into the studio. Other times she made music in casual settings, sitting around a kitchen table or wood burning stove with her friends, singing and playing until daybreak.

In 1966, Carl Baron brought his reel to reel over to her remote cabin in Summerville, Colorado and recorded one of those exquisite musical evenings. Karen and Richard Tucker were rehearsing for a gig when Carl hit the “Record” button. The result is a 45-year-old tape, carefully exhumed, documenting Karen at her most raw and unfiltered. On it are Fred Neil and Tim Hardin songs we’ve never heard Karen give voice to before, as well as traditional songs she uncannily makes her own, including a devastating version of ‘Katie Cruel’, that is so powerful, it is as if the ghost of Katie Cruel seeped into her blood. This recording is a window to her Summerville cabin opened, allowing us to eavesdrop on Karen Dalton at her most pure and unaffected.