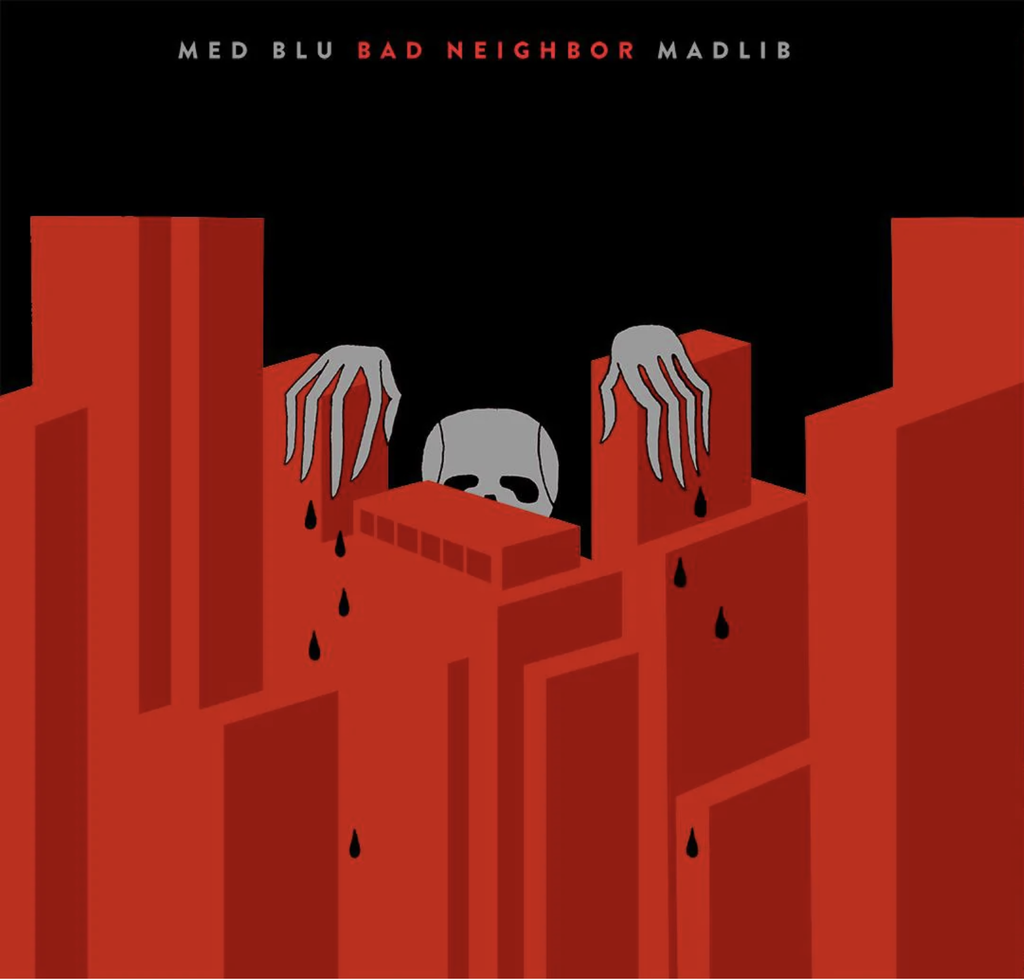 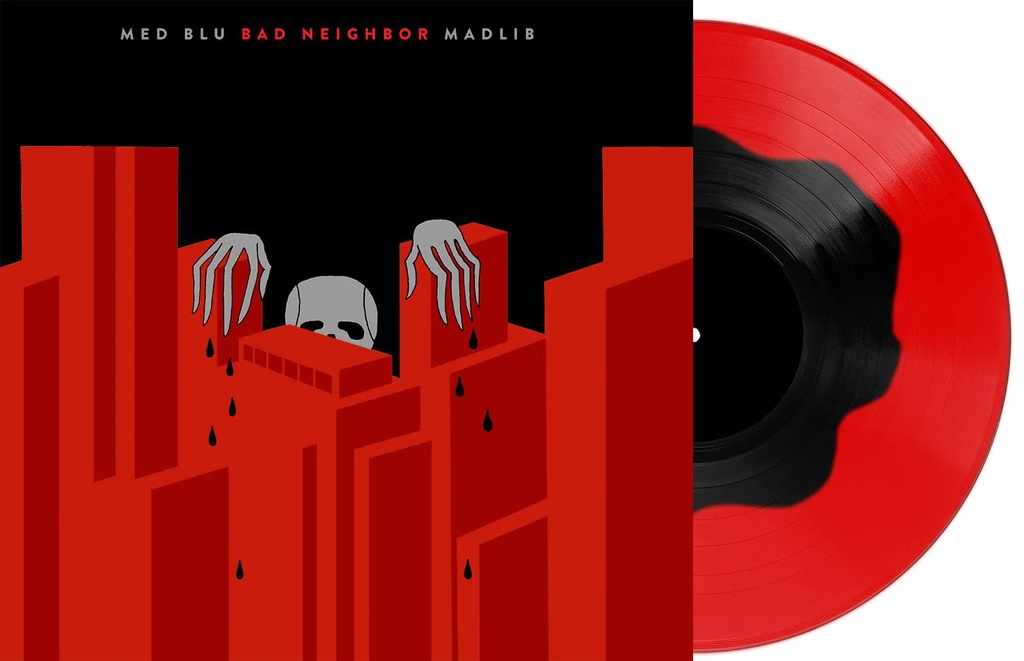 ‘Bad Neighbor’ is a collaborative studio album by rappers MED and Blu and producer Madlib. Originally released on October 30, 2015, the 13 track LP features guest appearances from the likes of the late MF DOOM, Aloe Blacc, Mayer Hawthorne, Jimetta Rose, Dâm-Funk, and Oh No. The album is undoubtedly an extension of all three artists’ signature sounds, but it simultaneously defies all precedents to reaffirm each individual’s position at the forefront of LA’s legendary hip-hop landscape.

For the first since it’s original release date, the album is set to be rereleased on vinyl in a special edition red and black color-in-color configuration equipped with two new mixes of the focus tracks, “The Strip (feat. Anderson .Paak)” and “Knock Knock (feat. MF DOOM).”

"Bad Neighbor is as if the Ruff Ryders albums were reimagined by this trio and all the avant heads get to party, but it is also worth mentioning that the often slept-on MED and Blu seem to steer this beast as much as the beloved Madlib." -AllMusic