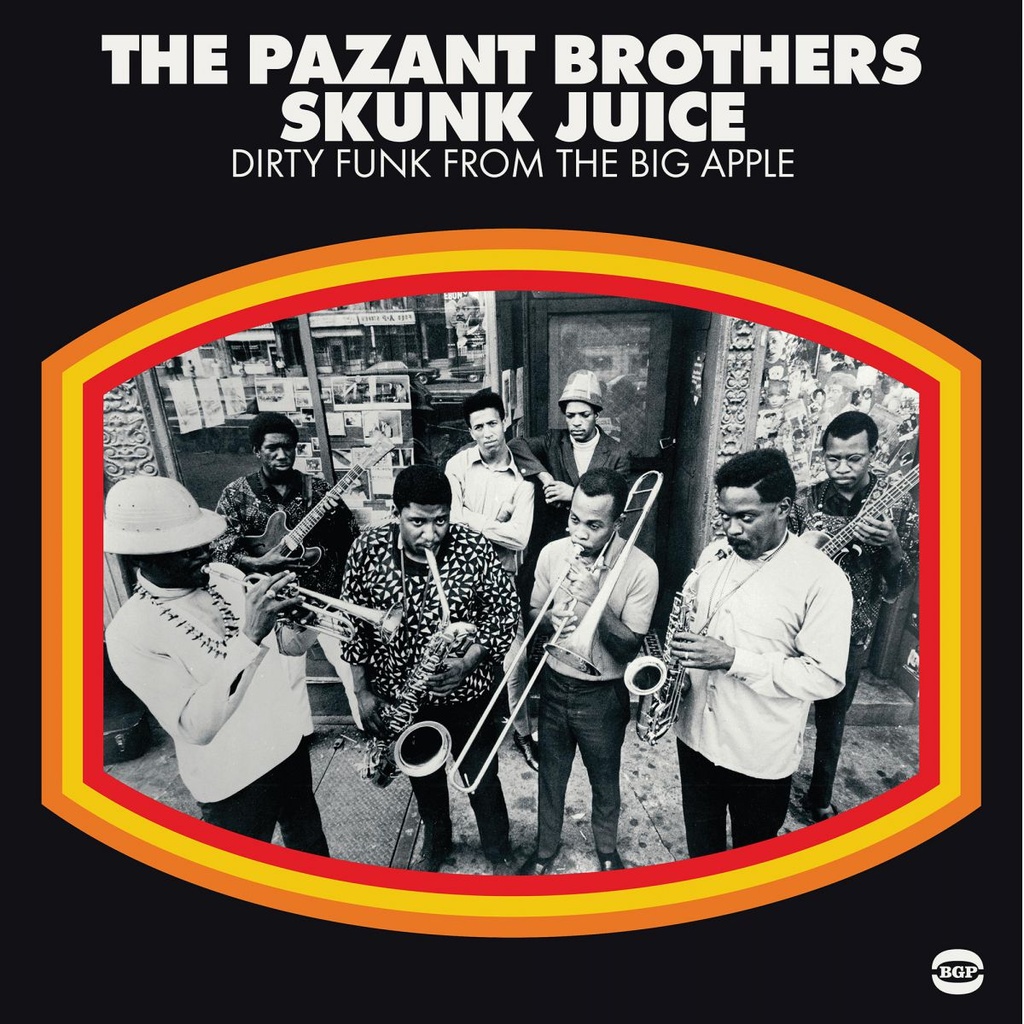 A1 –The Pazant Brothers Skunk Juice 2:13

A3 –The Chili Peppers Chicken Scratch 2:40

A4 –The Pazant Brothers New Orleans 3:30

B1 –The Pazant Brothers Why I Sing The Blues (Live) _ Featuring, Vocals – Betty Barney 3:32

B6 –The Pazant Brothers We Got More Soul (Live) _ Featuring, Vocals – Betty Barney 5:08

A vinyl album containing the Pazants’ best recordings, including tracks from a live album recorded at the Museum Of Modern Art in 1970 and an excellent previously unissued version of ‘Hi Heel Sneakers’.

Ed and Al Pazant have played in front of Presidents, worked with Kool and the Gang, Country Joe and the Fish and Lionel Hampton, but have never really received the credit they deserve. Multi-reed player Edward Pazant and his younger brother Alvin, a trumpeter, came from Beaufort,South Carolina. Influenced by Louis Jordan, Earl Bostic and Charlie Parker, they grew up playing their instruments wherever they could. In 1958 Ed joined Lionel Hampton’s Big Band, an arrangement that lasted on and off for 14 years. Al was also a Hampton band member for a year, before settling in New York, where he formed a small group that played Monday nights at Smalls Paradise in Harlem. Ed joined him whenever he could and they evolved into the Pazant Brothers. They built a strong reputation and appeared as the horn section on several Pucho and the Latin Soul Brothers records.

In 1967 the Pazants hooked up with composer/arranger Ed Bland, who offered them the chance to become the house band at Gerald Purcell’s GWP label. Over three years they backed a number of acts and released two hard-hitting funk singles via an arrangement with RCA, plus one on GWP itself and another under the name the Chili Peppers, after the instrumental of a 45 they recorded with singer Betty Barney was picked up by DJs. They had further tracks issued on GWP promotional samplers and Bland recorded them at a special concert held at the Museum Of Modern Art in Manhattan in 1970. The two tracks from that that LP contained here feature vocals by Betty Barney. After GWP closed they continued recording for Vigor, Vanguard and other labels, as well as featuring on numerous sessions. The work on this LP is the high point of their recording career.