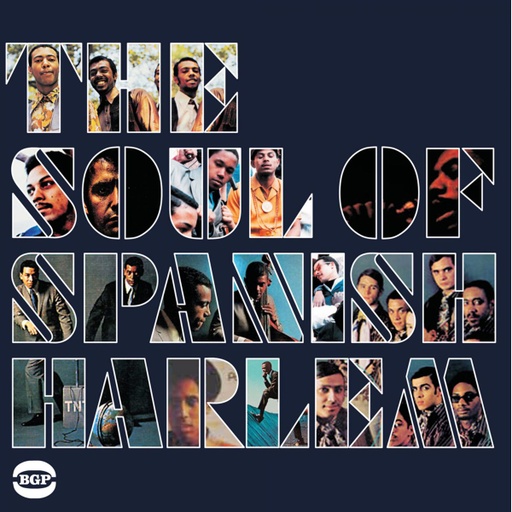 The Soul Of Spanish Harlem

A6 –The Lebron Brothers Orchestra Don't Be Afraid 3:02

I’m sitting have dinner with Bobby Marin – who has spent nearly 50 years in music, making scores of Latin records across every sort of style – and we’re talking about gigs. Bobby grew up on 107th Street Spanish Harlem and was a teen in the 50s. ‘Did you see James Brown?’ ‘I saw James Brown so often that it became boring…Jackie Wilson was something else’. Bobby was describing how music came into his life - how his brothers played mambo records and the radio was alive with the early sounds of rock’n’roll. This compilation focuses on the sort of Latin soul records made by Nuyoricans in a very small window in the late 60s, before it was blown away by the onslaught of the golden years of salsa. The recordings were strongly influenced by the street corner harmony records of the late 50s and especially by Frankie Lymon and the Teenagers – who had two Latinos in their ranks.

Artists such a Joe Bataan, the Lebron Brothers and Ralfi Pagan always had a soulful edge and Latin labels such as Cotique and Fania would release soul as well as salsa and boogaloo in an attempt to cross-over. The records that we feature here range from out-and-out soul, such as Parrish and 125th Street Candy Store, who appeared on Fania’s Uptite label, aimed at crossing over, but whose soul music appealed to Latin New York, and uptempo boogaloos with a soulful edge. In between we have glorious vocal performances from Joe Bataan, with his definitive reading of ‘Ordinary Guy’, Ralfi Pagan, the Lebrons and little known artists such as Ralphi & the Latin Lovers and Olivieri. We also have some highly sought-after recordings by Frankie Nieves with ‘True Love’ and Tony Middleton and Bobby Matos on ‘Already Satisfied’; both fetch well into three figures for an original single. The same is true for the Harvey Averne Dozen’s ‘Central Park’.

We have been lucky enough to have access to the archive at Fania Records and also the personal collection of Bobby Marin, and we have been able to talk to many of those involved, helping us to create a very special booklet. The combination of black and Latin rhythms returned first in disco and then as an enduring feature of New York music from the late-70s on, in hip hop and dance. This CD showcases the first step in a unique part of the New York melting pot, and some of the sweetest, most soulful music ever.