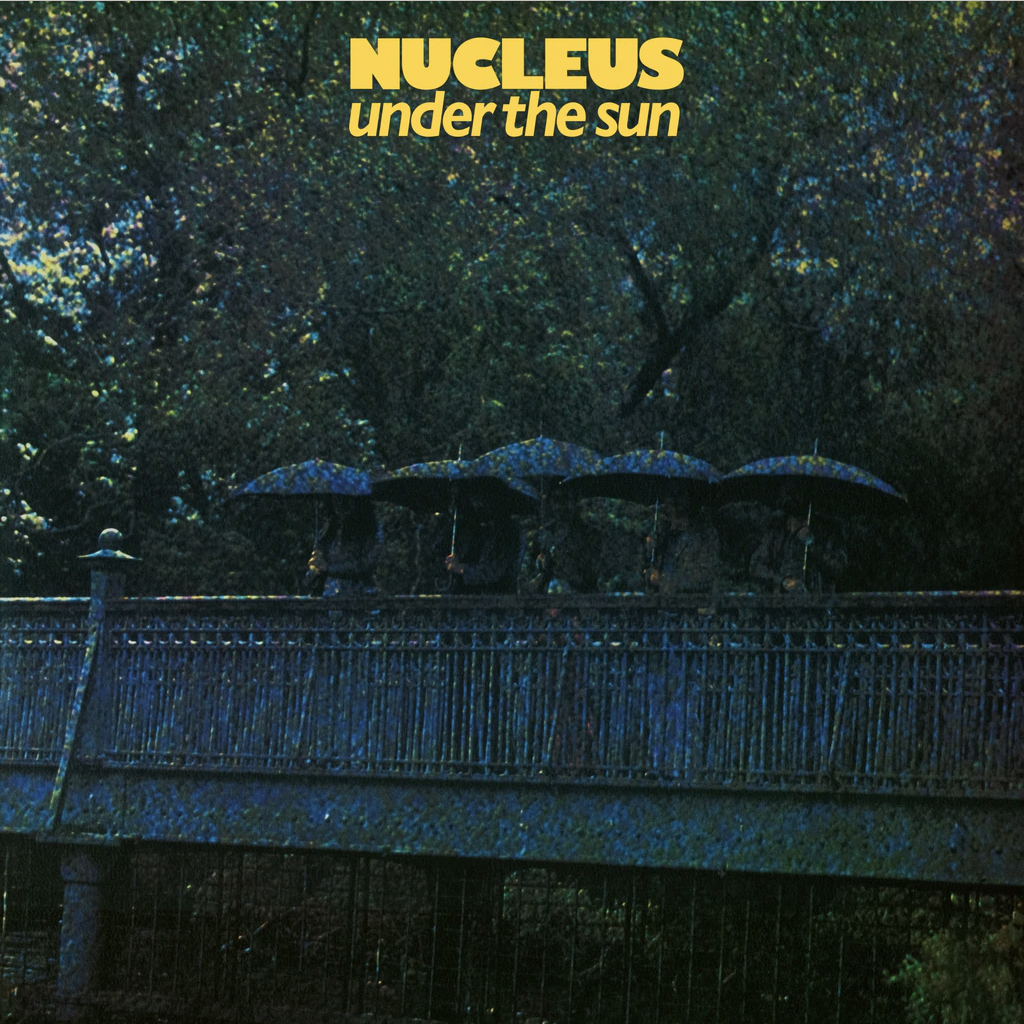 Nucleus, Under The Sun

Under The Sun is the follow-up to the astonishing Roots and contains yet more absolutely essential Nucleus material. Originally released on Vertigo in 1974, Under The Sun was never re-pressed and of course those original copies are now very tricky to score. Like all the Nucleus records, it’s aged ridiculously well and this Be With re-issue, re-mastered from the original analogue tapes, shows off just why this deserves to be back in press.

Sutton’s superb, bass-driven “New Life” brings a different dynamic. Horns, guitar and electric piano swirl over the head-nod bass motif and a killer Ken Shaw guitar solo. A false fade out halfway through brings in a new bass riff that’s picked up by the whole ensemble as Carr wah-wah noodles over the top. It’s full-on. The gorgeous, laidback “A Taste of Sarsaparilla” is exactly that - closing out the first side with a cute blast of what is to come over on the killer flip.

The whole of Under The Sun’s second side is a suite of three “Themes” written by Ian Carr. The uptempo first theme “Sarsaparilla” is comfortably one of Nucleus’ best. What would’ve been a cluttered mess in the hands of most is instead an effortless lesson in clarity and zing. Between Geoff Castle’s electric piano solo, the relentless funky drumming and more wild wah-wah trumpet from Carr, Nucleus show you how it’s done.

The languid groove of second theme “Feast Alfresco” is much more typical of “classic” Nucleus and sounds like something that might’ve been on Roots. A Bertles baritone solo and a guitar solo from Shaw weave around the core, serpentine brass theme.

The darker “Rites of Man”, the third and final theme, is a slow build to a solid bass and electric piano riff, shored up by some tricky brass. Carr takes the theme even further and there’s still plenty of room for soloing from all corners of the Nucleus. As usual, the dynamic Sutton/Spring, bass/drums duo is holding down the rhythm for the rest to jam around.

This Be With edition of Under The Sun has been re-mastered from the original Vertigo master tapes, Simon Francis’ mastering working together with Pete Norman’s cut to weave their usual magic with these wonderful recordings. The bleak, rain-dappled cover matches the melancholic vibe of the record and has been restored as the finishing touch to this long overdue re-issue.