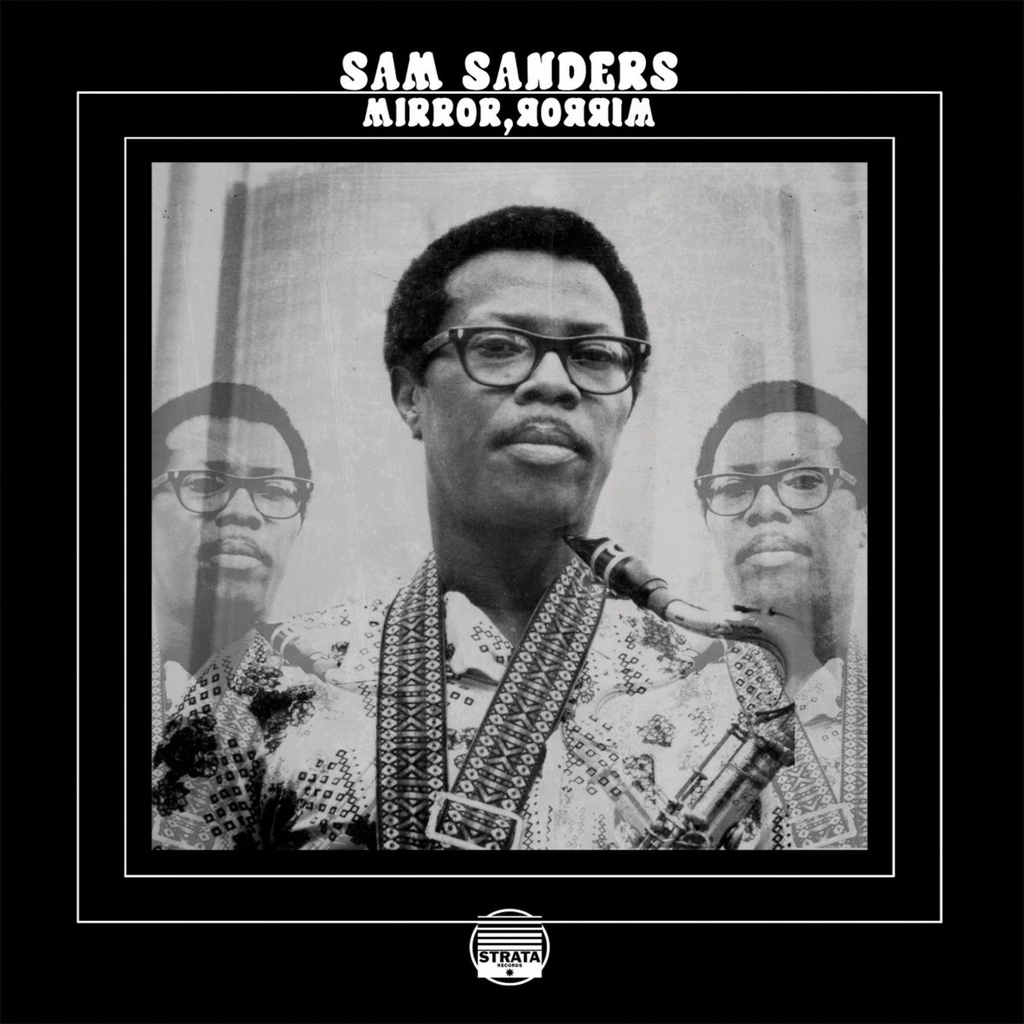 A collector’s dream come true, this is musical treasure is so rare that the recordings on this album have never before seen a proper release and even the cover art had to be created from scratch. An almost unbelievable
fact, given that it ranks as one of the strongest releases in the already air-tight era of Strata’s Detroit.

Although he’s been compared to John Coltrane, Ornette Coleman and Joe Henderson, saxophonist Sam Sanders stands out as one of the most unique phenomena to come from the Motor City. Sanders’ approach to life was so ‘out there’ that one might say his relative obscurity was a personal choice.

Sanders caught glimpses of fame early on performing with several internationally known acts and subsequently, he also learned a bit about what the Record Industry’s primary goals were. Realizing that he did not share them, Sanders chose instead to walk his own path. This drive for artistic freedom turned out to be a double-edged sword: while it allowed Sanders to produce some of the most electric jazz, funk, and soul to come from Detroit, it also meant that most of his recordings were never widely released, if they were released at all.

Drawing on his experience with Motown acts like Stevie Wonder and Smokey Robinson, Sanders incorporated a fresh soul sound into recordings that would have otherwise been categorised as jazz. As such, ‘Mirror Mirror’ moves seamlessly between spirit and style:

The album starts on the street with “Inner City Player,” a superfly breakdown of a Detroit hustler’s life, before moving into distinctly abstract territory with the melancholy “Face At My Window.” The experience is held together by a no-nonsense rhythm section featuring the aggressive drumming of Jimmy Allen and the intensely focused bass playing of Ed Pickens. Perhaps the most straightforward jazz song on the album, “Lover’s Gain” showcases Sanders at his freewheelin’ best. And if there was to be any doubt that ‘Mirror Mirror’ can get funky as hell, look no further than the wah-wah guitar and early synth sounds of “Funk’ed Up,” easily the greasiest cut on the album.

‘Mirror Mirror’ is remastered from the original reel to reel master tapes.