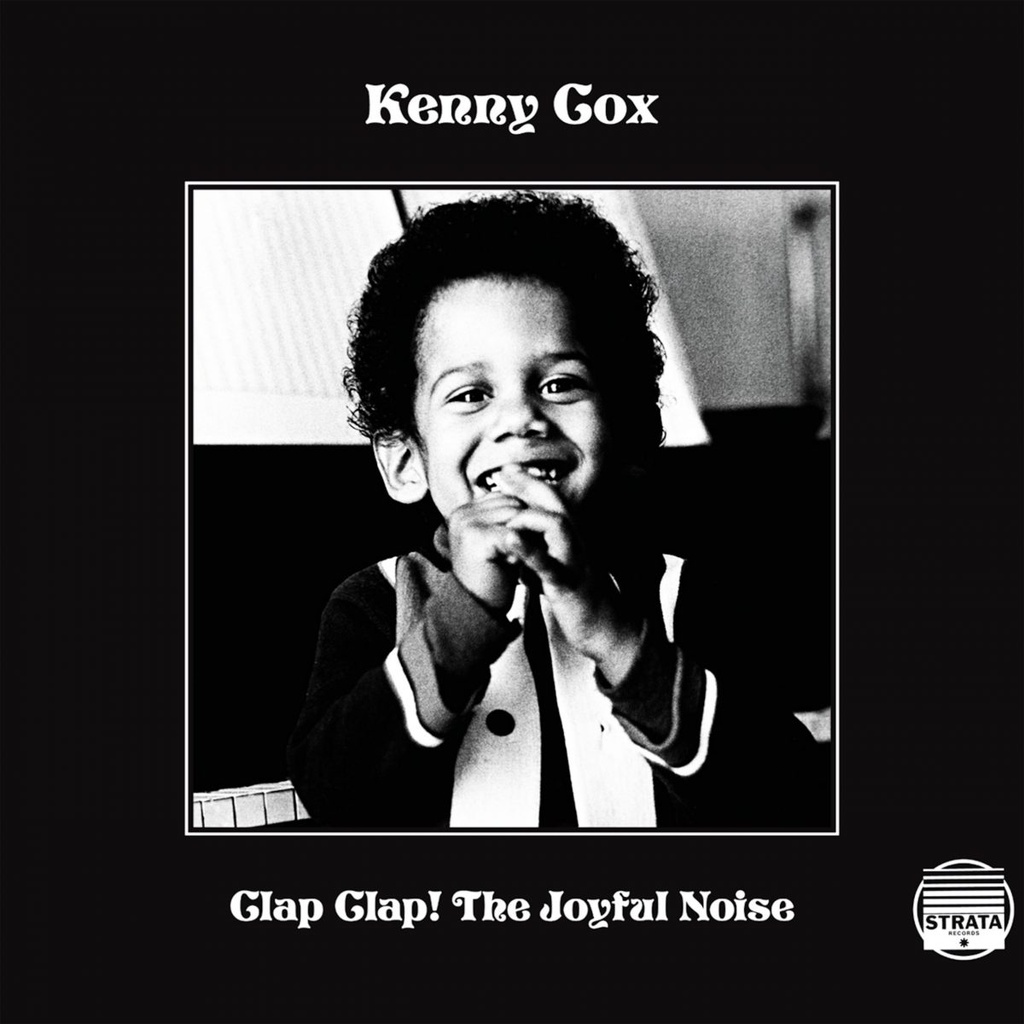 Side A : Clap Clap! The Joyful Noise / Samba de Romance
Side B : Island Song
Side C : Lost My Love
Side D : Beyond The Dream

In association with DJ Amir's 180 Proof Records, BBE Music reissues 'Clap Clap! The Joyful Noise', an unreleased gem from Strata Records founder Kenny Cox. In 1974, Strata Records Inc. was well known in Detroit for their art gallery, live music venue and record label, turning out records by artists like Kenny Cox and Lyman Woodard. In 2012, nearly 4 decades later, Scion commissioned DJ Amir Abdullah to research and create an exhibit based on lost youth culture in Detroit for a new online museum. Familiar with the history of Strata Inc., Amir decided the best way to define the era was through the lens of the labels brief but potent influence on the city’s culture. Inspired by this project, Amir set out to re-introduce the world to Strata Inc. through his own label, 180 Proof Records. The Lyman Woodard Organization’s Saturday Night Special (1975) is perhaps the jewel of the label, but the LP that was to follow - Cox’s unreleased Clap Clap! The Joyful Noise, is at the same time radical and sublime. It’s a visionary work, inspired by both the innocence and zeal of his 3-year-old son, Philip, and also the culture of Latin America and Caribbean lands Cox admits in the album’s original liner notes that, “oddly enough...I’ve never seen.” The title track, “Clap Clap! The Joyful Noise” is a frolicking bossa groove awash in the gentle sound of waves one can imagine lapping against the shores of Brazil’s Praia da Fazenda, or perhaps the Taipus de Fora. “Samba de Romance” teems with the mischievous tones of two lovers playing not cat and mouse, but cat and cat (!), until the chase ends in a passionate nighttime rendezvous in sultry island air. The pulsating bounce of “Island Song,” with its mood set by Moore’s vibrant flugelhorn and the percussion of Ronald Johnson and Nengue Hernandez, is just about everything one would imagine an island song to be, while “Lost My Love” is really “Feel Like Making Love” in delicious disguise and the album’s close, “Beyond The Dream,” is a 13-minute enlivening, reflective odyssey on everything one has lived, and all that remains to be achieved. This previously unreleased masterpiece by Kenny Cox has been remastered from the original reel to reel masters, along with the artwork, extensive liner notes and never seen before photos.