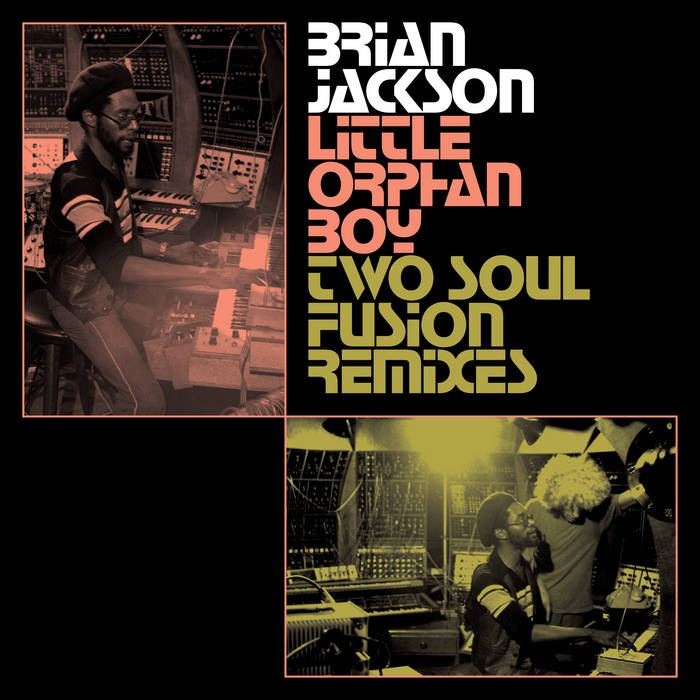 The veteran artist’s first true solo LP in over 20 years, ‘This Is Brian Jackson’ is produced by Phenomenal Handclap Band founder Daniel Collás. Collás lovingly re-frames and updates ideas and demos that Jackson first laid down back in 1976, right around the time he recorded ‘Bridges’ with Gil Scott-Heron, for a solo project that never saw the light of day… until now.

“A dream to work with Brian Jackson” says Louie Vega. “I mean, he’s a big part of our musical landscape and has been a huge inspiration in our lives. From way back to my early years in the Bronx, through to my DJing and producing career, into productions like Nuyorican Soul, Elements of Life, Kenlou, Brian and Gil have always been with us! Now to work on such an amazing song with Brian’s keyboard work and lead vocal, it made it so much easier for Two Soul Fusion (Josh and I) to find that pocket and groove. We had to create an epic piece and take you on a trip through several styles, it was calling for it. That’s due to the original work of Brian Jackson, a true Master at Work & Two Soul Fusion hero!!! I’m looking forward to seeing what’s next on the horizon with us and the one & only Brian Jackson.

Brian Jackson: “I have always loved the musicality and the rhythmic power that surges through the artistry of Louie Vega since I first heard him in Masters at Work. I made a silent wish that one day I would hear one of my songs given that special treatment. Imagine my elation to know that it would finally happen – with a song I wrote and recorded 45 years ago for a solo project that might have never happened if not for producer Daniel Collás and BBE chief Peter Adarkwah! Louie, along with Two Soul Fusion partner Josh Milan and I are alike in so many ways, I knew that if we ever got together, magic would happen and well… here’s to magic! My love and gratitude to Louie, Josh, Daniel, Peter and the beautiful BBE family.”