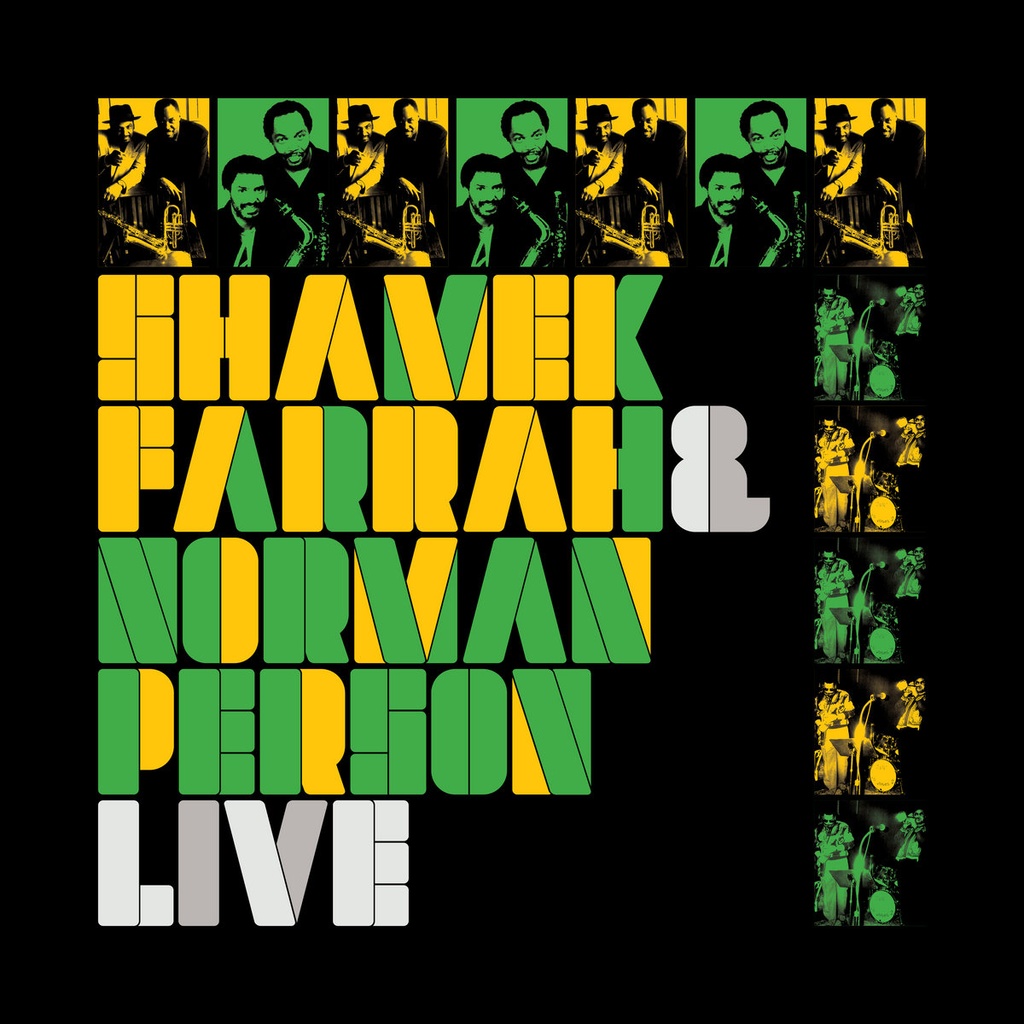 Quality over quantity. That’s what characterises Shamek Farrah and Norman Person’s recorded output. They may have a small discography between them but it’s a stable of recordings that centrally locate them in the development of the black jazz of America. BBE Music is delighted to present a new edition of a rare, relatively unknown, and unheard gem.

Recorded between 1988 and 1991 across a series of concerts, ‘Live’ was released in 1991 and was only available for sale at their gigs. Issued on audio cassette on Farrah’s private Heritage Industries label, ‘Live’ is a raw, uncompromising selection of deep, conscious jazz featuring three original compositions and two covers: ‘Aisha’, written by Person, was inspired by Person’s daughter and is a majestic joyous groove that extends out into a percussive jam; ‘Negative Forces’ is a fiercely paced hard bopper worthy of the Jazz Messengers. Written by Person, he tells how “it had to be like a torpedo, man. It had to come out strong and fight against those negative forces”. The one Farrah/Person co-write on the album is ‘Timeless Beings’, a short freeform improvisation that creates a distinct moment of space and light in an otherwise intensely focussed, yet highly accessible album.

The two covers on the album reflect the instruments of the co-leaders: sax and trumpet. ‘Footprints’, the classic written by the Newark Flash himself, Wayne Shorter, and first heard on ‘Miles Smiles’ in 1967 is delivered deftly by Farrah and co. Here, the band pays a respectful yet adventurous rendition, with some superbly colourful piano from Sonelius Smith. The second cover is a tribute to the great trumpeter Clifford Brown, who died in a car accident in 1956, aged just 25. ‘I Remember Clifford’ written by Benny Golson, is handled with suitably delicate reverence. “I still listen to Clifford Brown today,” says Person. “He’s still my teacher.”

On ‘Live’, saxophonist Farrah and trumpeter Person – friends for decades – capture an energy and vibration that is infused with the spirit of their youth – whether drawing on the hard bop of the late 50s and early 60s or the Afrocentric spiritual jazz of the early 70s, of which Farrah is intimately linked via his albums on Strata East, ‘Live’ is a document of two masters at work.

‘Live’ has flown under the radar to many a fan of prime black conscious and spiritual jazz but now BBE brings back this astonishing set by two giant talents accompanied by a group of musicians who shine with brilliance and verve.

Available for the first time on CD, digital, and double vinyl set cut at 45rpm by the Grammy- nominated The Carvery mastering studio, ‘Live’ also comes with an extended interview with Shamek Farrah and Norman Person by Tony Higgins.