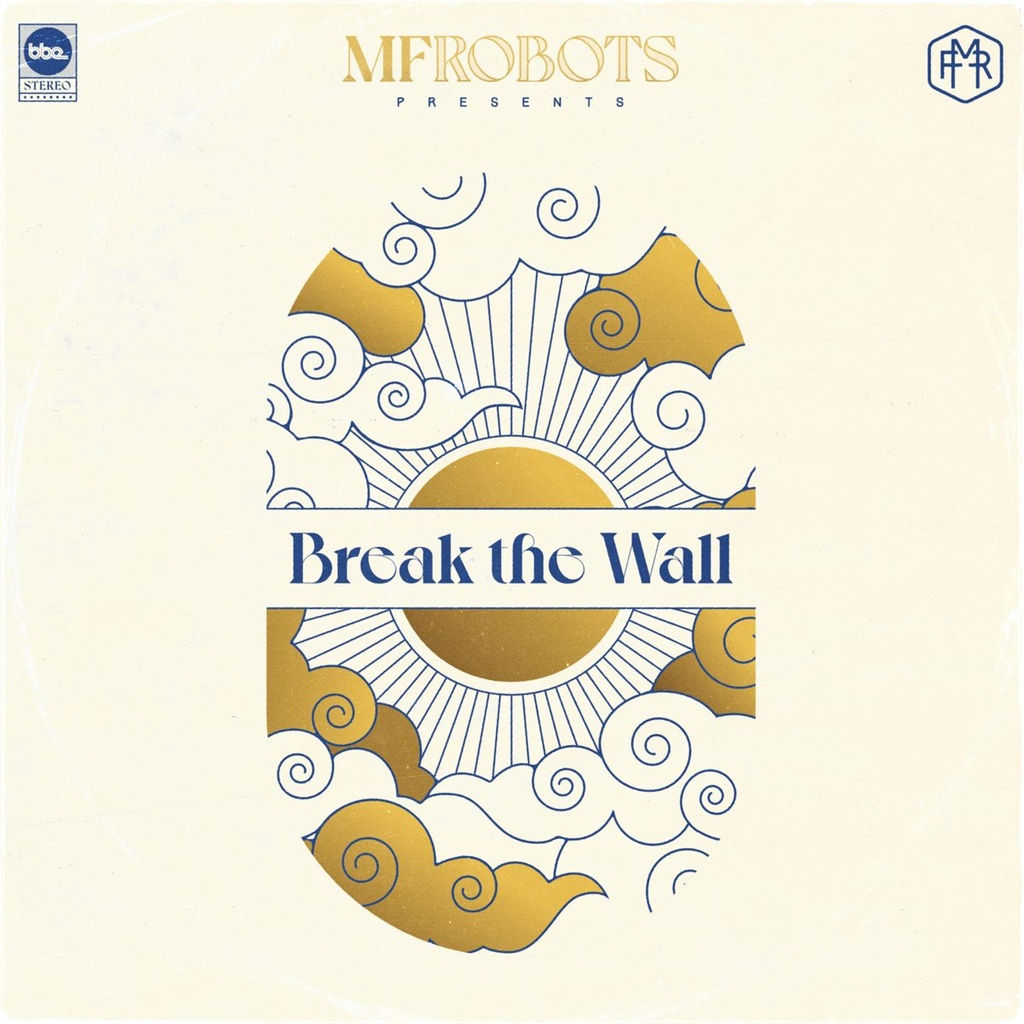 Astonishing musicianship, pristine production and top-tier songwriting, ‘Break The Wall’ immediately calls to mind those iconic American rhythm sections of the 70s and 80s. The music is energising, uplifting and the potent result of a highly accomplished musical partnership maturing, growing and hitting their stride together in lock-step.

Jan Kincaid and Dawn Joseph met as members of one of the UK’s most successful Acid Jazz bands, which influenced Mark Ronson, D’Angelo, Jamiroquai, Erykah Badu and The Roots to name a few. Founding the Brand New Heavies was an important chapter for Jan, but once he and vocalist and songwriting partner Dawn began working together, the chemistry was instant and irresistible. It was time to turn the page, and soon MF Robots was born.

“When we made our first album, we didn’t have a band as such. We basically made a lot of the record at home and called on other musicians as and when we needed them. Our sound was developing organically, and when we finally released the record to great critical acclaim, it was time to get out on the road,” says Jan. “We put together a band of likeminded young musicians, playing intimate gigs and big festivals all over Europe and beyond, growing tight as a unit, so that when it came time to think about making this, our second album, we knew we had an extra level of musicianship full of personality that could realise our vision.”

Inviting band members Alex Montaque (keys), Naz Adamson (bass), Mark Beaney (guitar), Jack Birchwood (trumpet), Ben Treacher (sax) to improvise and contribute their own ideas over song-sketches laid out by Jan and Dawn gives ‘Break The Wall’ a special sense of offthe-cuff brilliance. Even on the polished final product you can detect a collaborative, fluid and unhurried approach to production that’s all-too rare these days.

There’s guest performances from bassist Gail Ann Dorsey (‘The Love It Takes’, ‘Make Me Happy’) and guitarist Cory Wong (‘Shine’, ‘Make Me Happy’), the former a top-flight session player who’s collaborated with Lenny Kravitz and David Bowie among others, the latter a member of the incredible Vulfpeck collective and an accomplished solo artist in his own right. Mixed by Clinton McCreery and mastered at The Carvery in London, the album was completed in March 2020, just before the World went into COVID19 lockdown.

As for concept behind the project, “the name of the band, MUSIC FOR ROBOTS, is an entirely tongue in cheek one. It’s a poke at the generic nature of a lot of present day pop music, of a certain “factory” songwriting style and lack of real individuality and personality in ‘manufactured’ music. We want to create strong Soulful music with a timeless classic feel, drawing from a lot of diverse influences that makes you feel good, so maybe you can lose yourself for a little while. We want to create something that touches a feeling in people, the way that we are touched by a lot of great music and want it to still sound good in years to come.”

In this long player, the duo’s musical mission has been both accomplished, and surpassed. The title ‘Break The Wall’ could not be more apt.