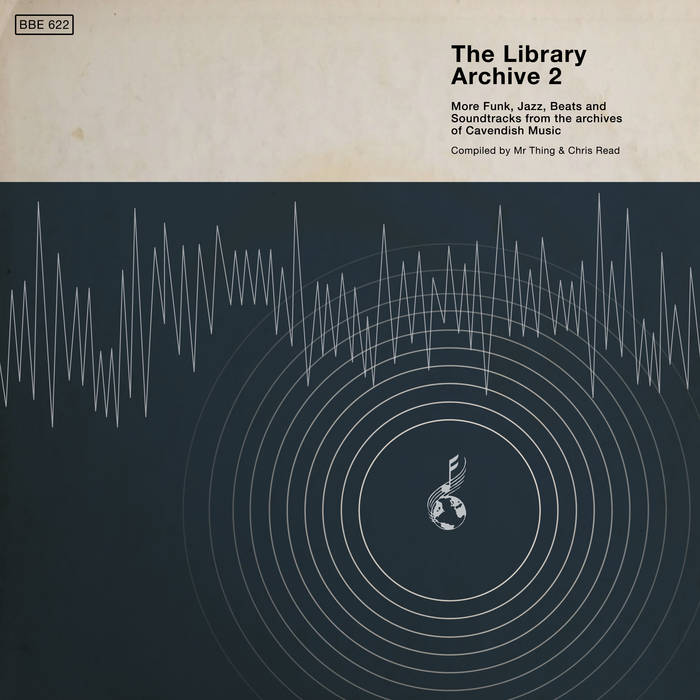 The Library Archive 2 - More Funk, Jazz, Beats and Soundtracks from the Archives of Cavendish Music

Founded back in 1937 and originally known as Boosey & Hawkes Recorded Music Library, Cavendish Music is the largest independent Library Music publisher in the UK and also represents a host of music catalogues across the globe. The influence of Library Music on British pop culture cannot be overstated, especially during the 1970s when companies KPM, De Wolfe and of course Boosey & Hawkes provided the soundtracks to iconic TV shows such as The Sweeney and The Professionals, as well as a host of feature films.

The discs produced by Boosey & Hawkes for TV and radio production have, over the intervening years, gained a cult following among collectors and have found themselves sampled by successive generations of beatmakers. Renowned scratch DJ Mr Thing and WhoSampled’s Chris Read, both lifetime beat fanatics, first entered the Cavendish vaults in 2014, presenting their first compilation of rare Library Music cuts in 2017 on BBE Music. Both knew that Cavendish Music’s vast low-ceilinged London basement still held a host of hidden treasure just waiting to be rediscovered, so the pair returned in 2020, emerging with ‘The Library Archive 2 – More Funk, Jazz, Beats and Soundtracks from the Archives of Cavendish Music’.

“This new collection leans toward the less obvious titles, not only the funky sides and tracks ripe for sampling but also some of the jazzier corners of the catalogue” says Chris Read. “As with Volume 1, this is more than merely a collection for sample heads – it’s a compilation of great funk, jazz, soundtracks and experimental themes to be enjoyed by DJs, producers and fans of good music alike.”