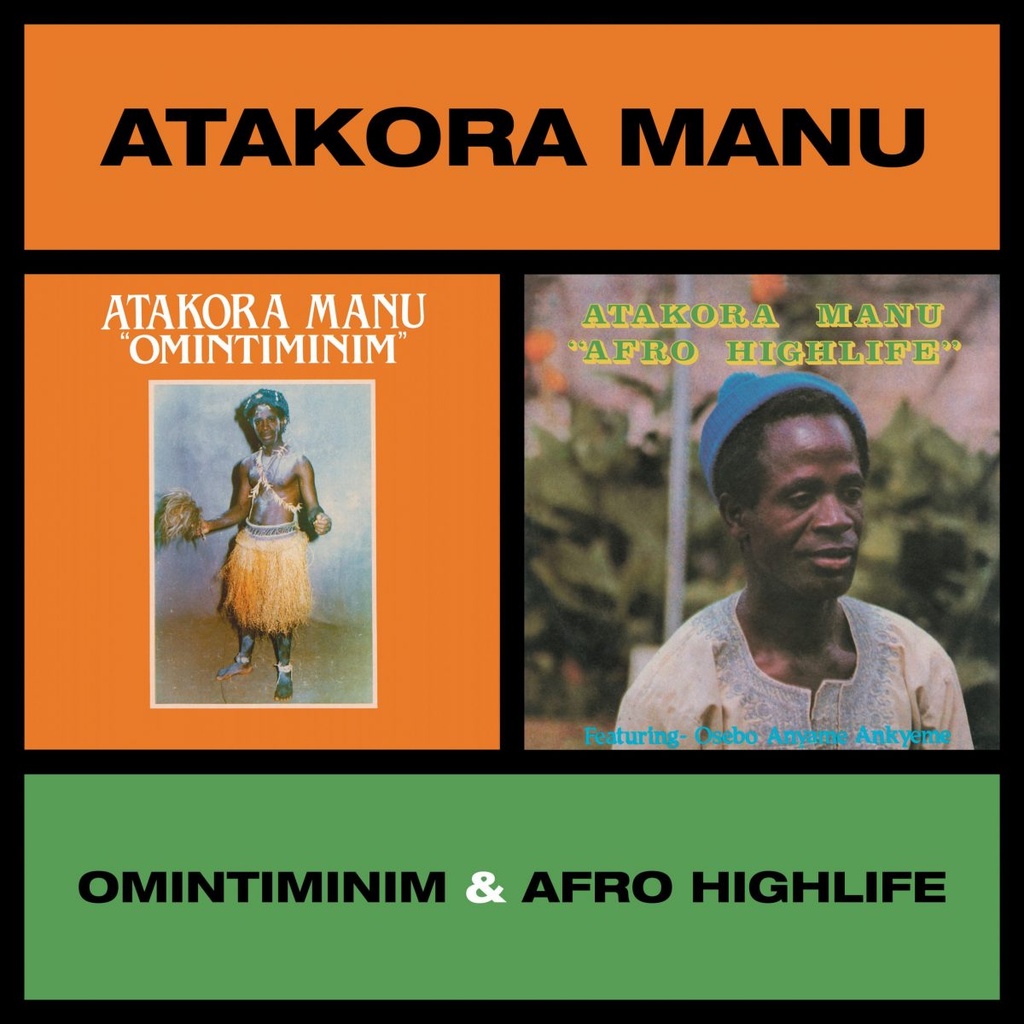 Born in Toase, Ghana, a proud Asante, Atakoras musical talent made itself clear from an early age. But it wasn’t until his late teens that he put that talent to use as a performer, first founding the legendary Princess Trio from 1961 till 1963 with drummer Togas and multi-instrumentalist Elder Osei Bonsu.

After a spell from 1963 till 1966 as guitarist with the United Ghana Farmers’ Council Drama Troupe, Manu teamed up with Moses Kweku Oppong to form the legendary Kakaiku No. 2 Band, producing a string of national hit singles over the following three or four years.

There followed a three year break from music until fate struck: Atakora found a job in 1973 as Recording Studio Attendant- and later recording engineer- at Ambassador RecordingStudios in Kumasi, at that time the country’s largest independent label.

On seeing his musical talents behind the studio desk, it wasn’t long before the boss suggested to Manu that he get back to making music himself, an opportunity that he was quick to take up – as will be more than apparent from the hardcore, rootsy Highlife and palmwine selections reissued here.

As well as long-time associates Togas and Elder Bonsei, local Kumasi legends CK Mensah, Amoako Agyeman, Agyei Kyeremanteng (of the famous Keyeremanteng All Stars), and Atta Fofie lent a hand from time to time, along with a handful of other seasoned Ambassador studio session players.

A unique selling point here is the mix of vintage, rootsy ‘palmwine’ blues-style guitar Highlife with quirky keyboard electronics, a sound well-established today but revolutionary in the comparatively conservative world of 70s and 80s Highlife. This comes across beautifully in Dada and Cape Coast Cousin, the latter toasting off guitar licks with bubbling wah wah organ.

We find a similar juxtaposition in Asante Kotoko, a shout-out to Kumasi’s champion soccer team, which also features some sweet ‘village’ drumming, and in Meka A Ensa.

But Atakora doesn’t forget the essential role of brass and woodwind in quality Highlife, as can be heard in Super Otete Impomamu, with its twin-sax punctuating riffs, and in the ‘mambo’ sections of the dancefloor killer Osebo Anyami Ankyemi. Atakora Manu passed away in 2015 but left an abundance of beautiful music. This double-album reissue is a long-overdue tip of the hat to one of Highlife’s more underrated stars-universally respected by fellow musicians but still to be properly rediscovered by a new generation of Highlife fans.