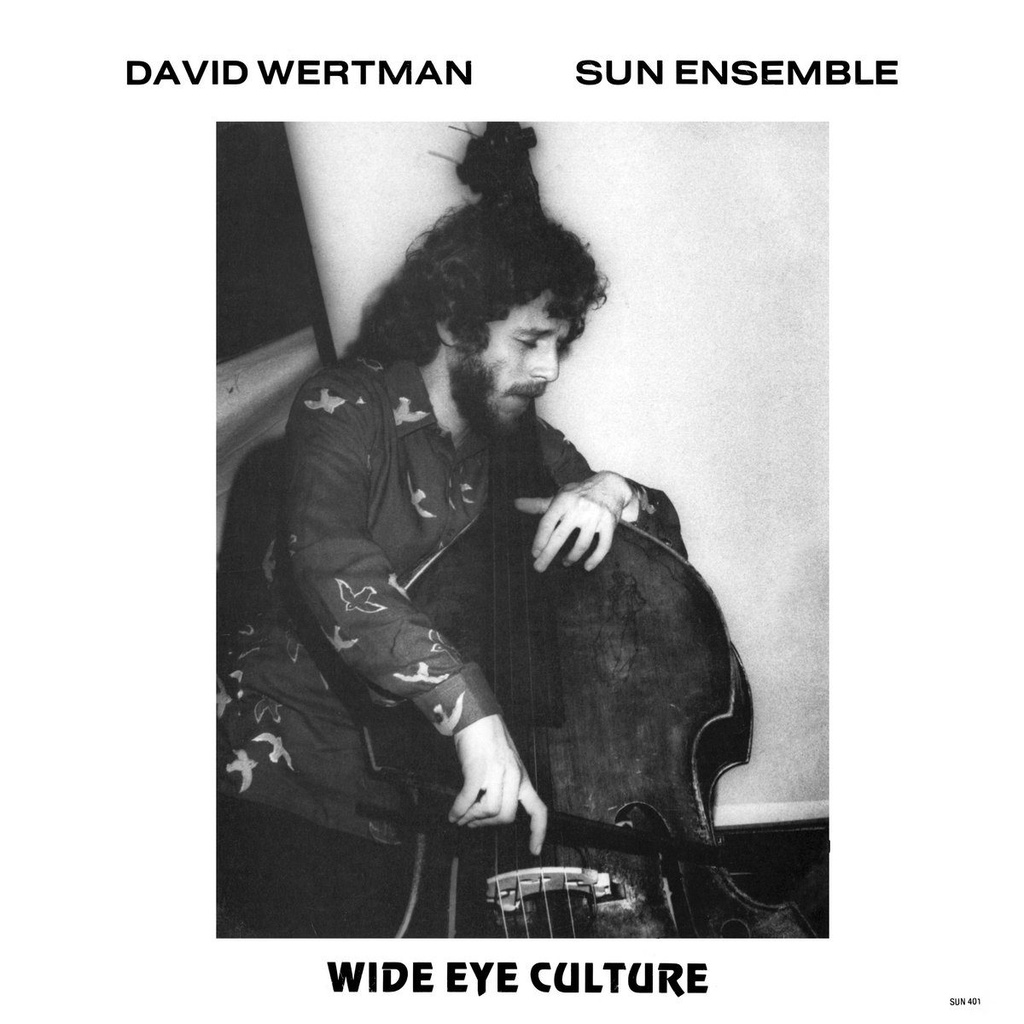 Five years after the release of his Sun Ensemble debut ‘Earthly Delights’, also reissued on BBE Music, spiritual jazz bassist and prolific composer David Wertman returned to the studio in 1983 to record the follow-up, ‘Wide Eye Culture’. Now, thanks to David’s wife and musical partner Lynne Meryl, in this special deluxe edition of the album we’ve been able to include three more obscure independent releases by Wertman and Meryl, which bridge the gap between the two LPs. Two impossibly rare 1981 flexi-discs and one 1982 two-track ’45 serve to chart Wertman’s musical evolution as he settled in the lush Pioneer Valley of Massachusetts and surrounded himself with a whole new array of talented collaborators and musical influences.

Emerging from the ferment of New York’s infamous free jazz loft scene, where the music was free and ‘out’, the sessions went on for hours and the characters were dangerous and wild, David Wertman had spent his young adulthood attending what he described as “the college of ‘da streets’.” Having sharpened his skills against those of Billy Bang, Arthur Blythe, Steve Reid and Charles Tyler, among others, during the late ‘70s, Wertman made the move to Northampton, MA where his irrepressible, magnetic energy quickly drew a diverse, open-minded and talented group of players into his orbit.

Alongside a core trio of vocalist Lynne Meryl, pianist Tom McClung and Wertman himself, the Wide Eye Culture album features future Sting/Don Cherry collaborator Tony Vacca on drums and Aretha Franklin/Tony Bennet band member turned music lecturer Tim Atherton on trombone. Other local musicians and friends feature on the 1981 flexi-disc ‘You Are My Love’, recorded under Lynne Meryl’s name only; the Sun Ensemble’s ‘Up In The Sky’, recorded that same year at Smith College’s John M. Greene Hall; and 1982’s 7” ’45RPM release, ‘Blessing of Love/Golden Light’, recorded as David Wertman & Lynne Meryl. Soon after these recordings, Tom McClung left for Europe to perform with Archie Shepp and Steve McCraven, where he remained until his death in 2017.

With the addition of McClung’s lyrical, effortless piano playing, Lynne Meryl’s acrobatic vocals and Vacca’s expressive, visceral drumming, Wide Eye Culture is perhaps more accessible than Wertman’s earlier works, although flashes of his experimental freeform style still remain throughout these discs. “What Dave played was like nothing I’d heard before. I was inexperienced as a jazz singer, but I opened up quickly and started to improvise and scat. Coming from the New York loft free jazz scene, Dave had never played structured tunes before. So, he lifted me up and I grounded him. It was perfect.” – Lynne Meryl