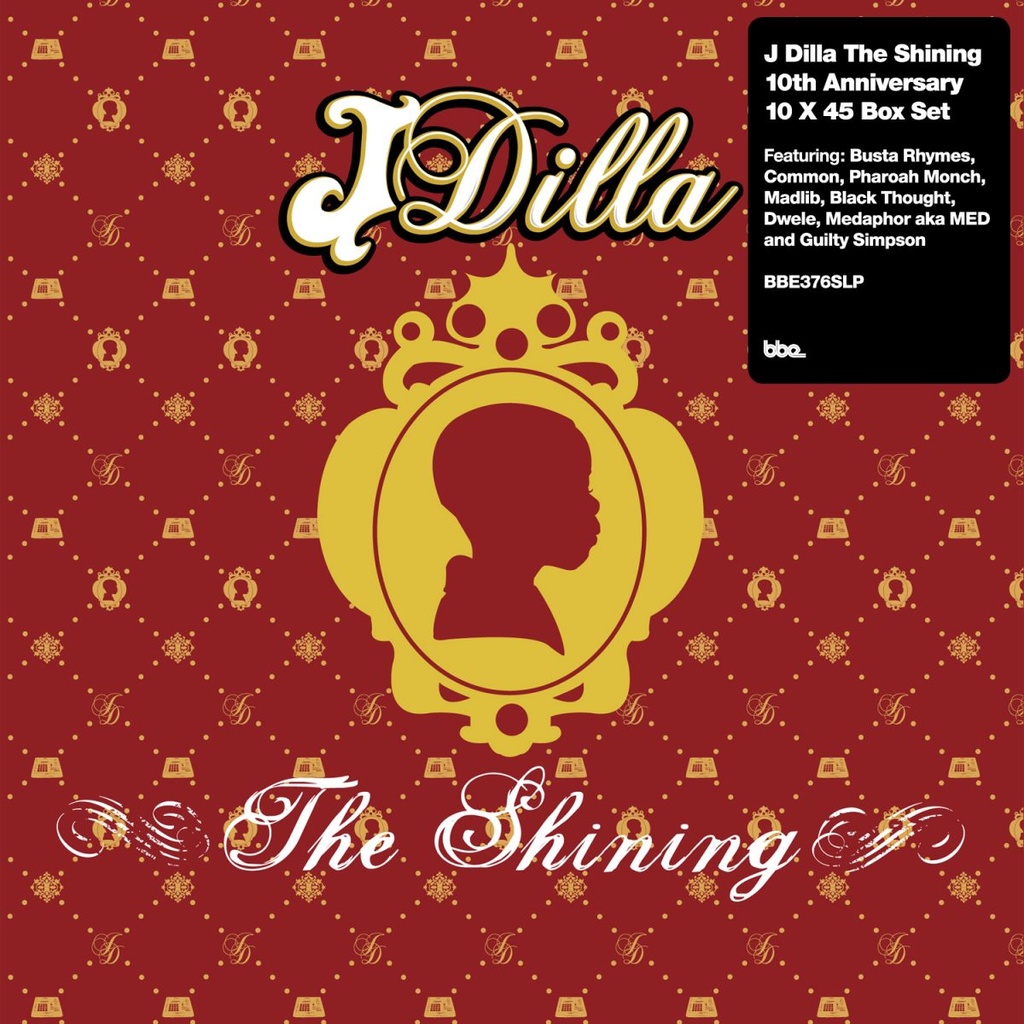 Unbelievably, over a decade has passed since the release of J Dilla’s posthumously completed final album The Shining. Demand for Dilla’s music has continued to grow and grow since his tragic passing in 2006, testament to his talent and originality which has influenced a whole new generation of producers and music-lovers across the globe. Around 75% complete at the time of his death, the task of finishing the album was entrusted to friend and fellow Detroit artist Karriem Riggins.

The album features stellar performances from Common, Busta Rhymes, D’Angelo, Black Thought and Pharoahe Monch, as well as Dilla himself rhyming on closing track ‘Won’t Do’. Undeniably soulful yet raw, real and deeply rooted in the streets, The Shining perfectly showcases perhaps the greatest beat-maker of all time at his very best.

To mark the tenth anniversary of this special album, which marked the reunion of Dilla and BBE for the first time since his debut LP Welcome 2 Detroit, we’ve pressed it to 7″ vinyl for the very first time. Featuring both original and instrumental versions across a massive ten discs, this comprehensive boxed set serves as a timely document to an artist who helped bring underground hip hop and soul together, introduced new levels of creativity to music production and wrote a blueprint which continues to be followed to this day.