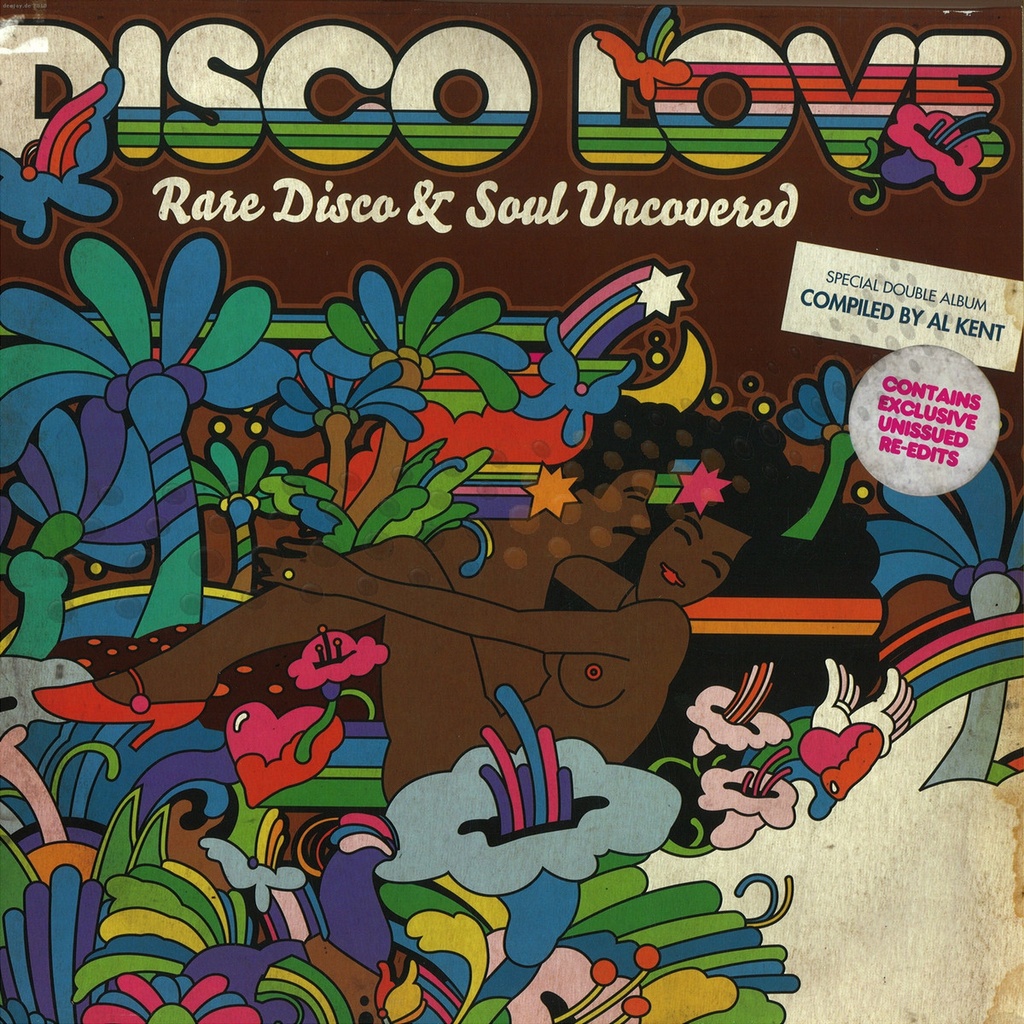 Disco Love is a new series of fabulous disco records that you have probably never heard of. All superb records presented to you by the legendary Al Kent from the unlikeliest disco haven of Glasgow.

Al’s been buying records a few years now, usually ignoring the in-demand or more obvious titles and searching a little harder for fabulous disco records that you have probably never heard of. Disco Love contains just some of them. Not only that, but most of them are exclusive, unissued re-edits, spliced specially for this album by Mr. Kent. And he’s mixed them all together for one disc. Al’s northern soul past can clearly be heard in his choice of tracks here – from gritty backstreet crack-house recordings, to uplifting dance-floor gems, they’re all records that could easily have rocked the Blackpool Mecca in its heyday (actually, some did).

If you like your disco music deep, soulful and/or funky, then you’ve come to the right place. ‘In today’s current disco loving climate, it’s refreshing to see a DJ with so much history in the field and a passion that goes beyond the latest trends’. It’s worth mentioning that Al Kent only play old music, to enhance his sets Al spends a crazy amount of time creating special edits for his dj sets. The likes of Kon (Off Track), Rahaan, Theo Parrish, Dimitri all want his edits when they hear them.