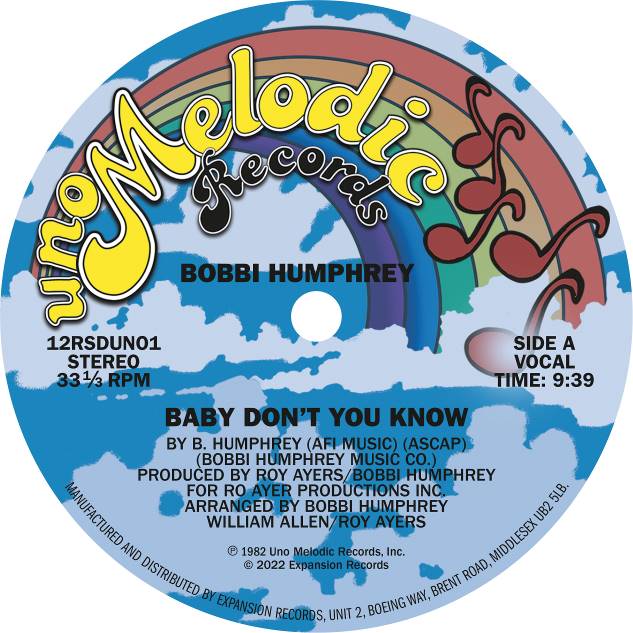 40th Anniversary 12” release of much sampled “Baby Don't You Know” by fusion flautist, former Blue Note jazz artist Bobbi Humphrey, produced by Roy Ayers.re- created on original Uno Melodic art. Bobbi is from Texas who came to Uno Melodic after highly acclaimed music for Blue Note (including ”Harlem River Drive”) and Epic (“The Good Life”). She also recorded for Duke Ellington and Stevie Wonder. Out of the two versions of this record, the instrumental has gained particular notoriety over the years. Both the original 7” and 12” are extremely rare, the music production from Bobbi, Roy Ayers and his team in their element.