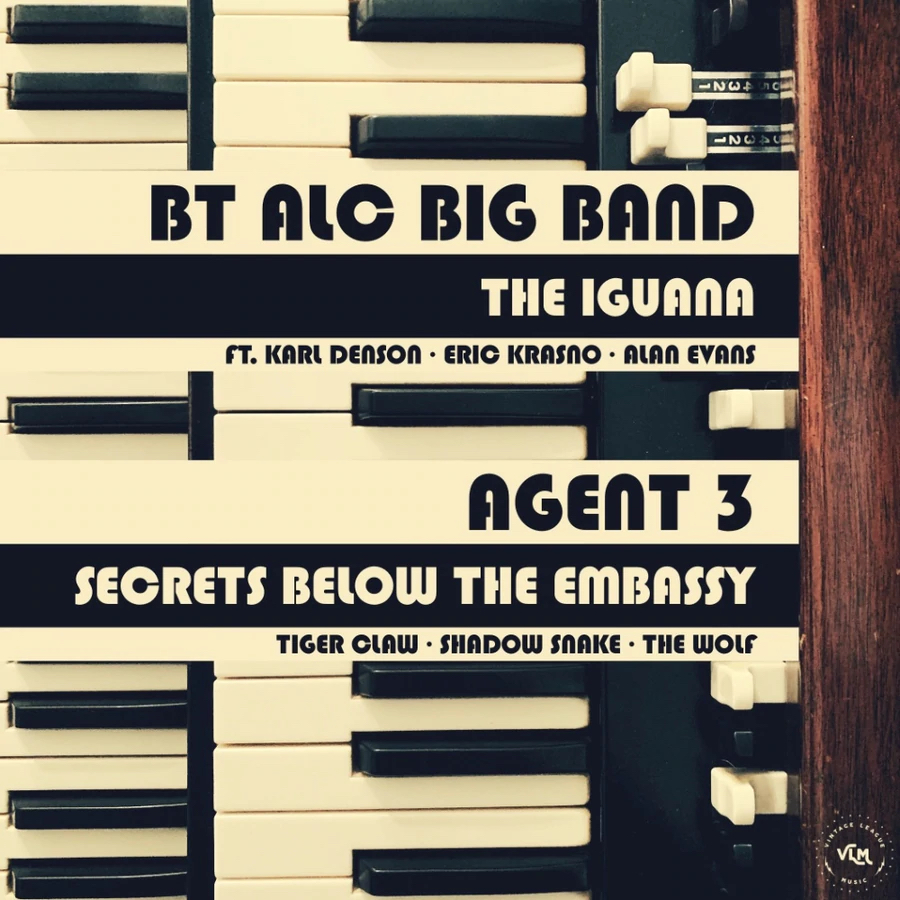 Agent 3 / BT ALC Big Band, The Iguana b/w Secrets From Below The Embassy

This is a limited 7 inch Double A Side single vinyl release from highly acclaimed funk bands BT ALC Big Band and Agent 3. 'Iguana' by BT ALC Big Band is a dazzling, hook laden funk meets souljazz instrumental with an all star list of guest players including Karl Denson (The Rolling Stones, Greyboy All Stars), Eric Krasno (Soulive), Alan Evans (Soulive). 'Secrets Below The Embassy' by Agent 3 is a massive groove driven hammond funk classic. The band comprises of some of the most sought after musicians in the USA funk and jamband scene. Its a first track from a forthcoming album when the identities of the band will be revealed.