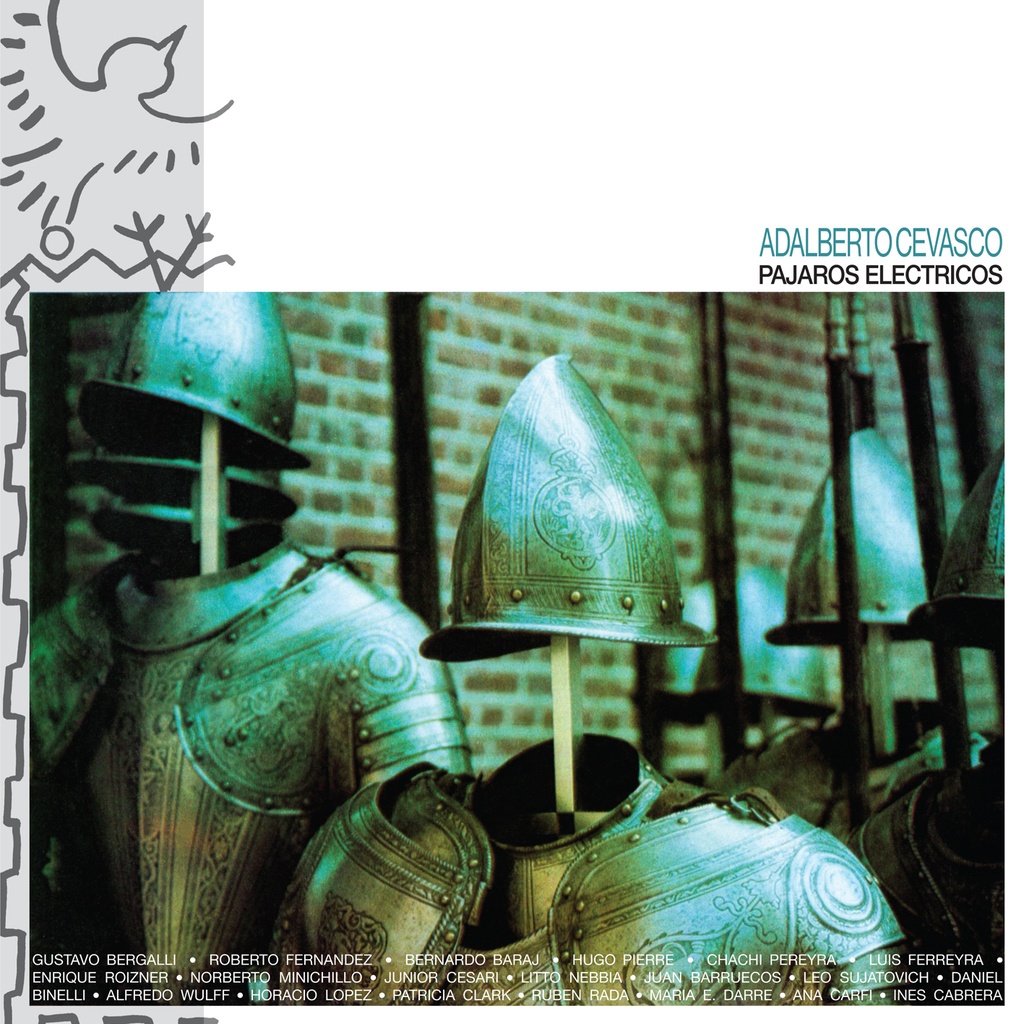 Former member of Rodolfo Alchourrón and Gato Barbieri’s bands, Cevasco’s first solo effort is a combination of fusion jazz with a pinch of unexpected Brazilian flavours and electronic sounds that now, more than 30 years after the original release of the album, still evoke a refreshing feel of modernity in the same vein as many other experimental Argentine and Uruguayan artists from the same era.

Includes guest appearances from artists such as Litto Nebbia or Ruben Rada.

Reissued on vinyl for the first time, including insert with liner notes and previously unseen photos.

Few musicians can boast of having played with “the greatest” without some eyebrows to be raised. The bass of Adalberto Cevasco has been heard in multiple concerts and recording sessions of artists as diverse as the Spanish divas Rocío Jurado and Isabel Pantoja, tango genius Astor Piazzolla or the cream of the Argentine jazz scene –from

Pocho Lapouble, Gustavo Kerestezachi, Rubén López Furst or Andrés Boiarsky to the great Gato Barbieri– With the latter, as part of a dream band that included artists like Nana Vasconcelos as well as other Argentines such as Lapouble or Domingo Cura, he recorded two fundamental pieces in the Impulse! label catalogue in sessions held in Argentina and Los Angeles and also toured across various countries. The daily sold-out shows at the Regina Theater in Buenos Aires and their overwhelming performance at Montreux Festival are still well remembered. It is therefore out of question that Adalberto Cevasco belongs to that top-level league of musicians whose talent has also contributed to enhance those who accompany them.

The history of this album begins with an encounter. Adalberto Cevasco joins Rodolfo Alchurrón’s jazz-funk project Sanata y Clarificación as bassist and meets Litto Nebbia, who is invited to sing along. Some years on, when Nebbia’s Melopea record company was developing, he would receive a cassette with a collection of demos recorded by Cevasco over the years. Some of the songs dated back to 1981 while others were made well into the decade and included such outstanding collaborations as that of the Uruguayan Rubén Rada, whom Adalberto Cevasco had met playing in a group of fusion candombe called Candonga. In addition to producing the complete album, Nebbia would also collaborate in a special way in one of the most outstanding tracks (Reencuentros Nº2) by adding to Cevasco’s fusion jazz some unexpected Brazilian flavours and electronic sounds that now, more than 30 years after the original release of the album, they still evoke a refreshing feel of modernity.

As the Argentine press of the moment highlighted, it’d seem as if the influences received and developed by the bassist during his career as a freelance musician – from post-Piazzolla tango to proyección folclórica (a movement of revision and modernization of the Argentinian musical roots) – had been added to their superb rhythmic work in this album. “Pájaros Eléctricos” was never presented live and has remained as the only published work by Cevasco as a soloist since the date of its release.