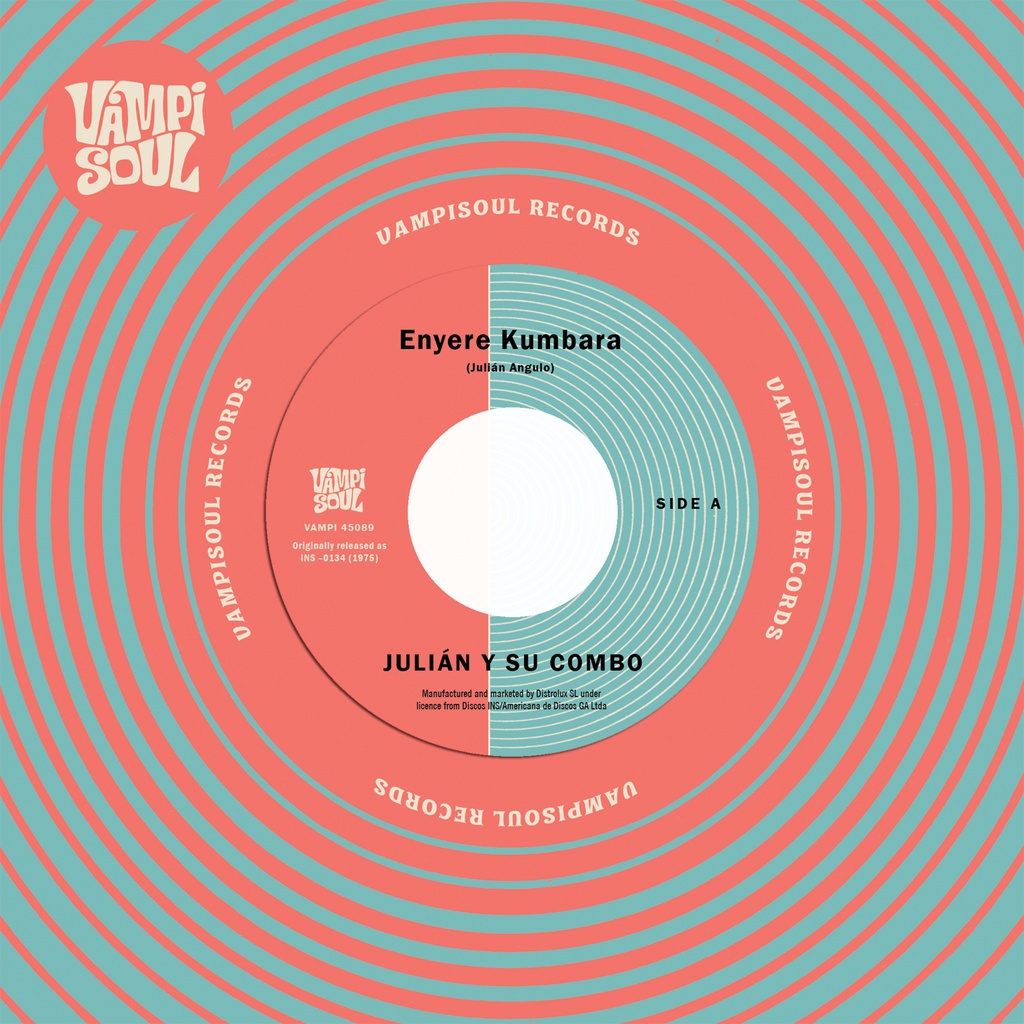 Side A
Enyere Kumbara
Side B
INS Rock

With arrangements and piano by Alfredo Linares, this is a thrilling double-sider sought after by collectors and DJs because of the funky dancefloor cuts ‘Enyere Kumbara’ (covered by Quantic a few years back) and ‘INS-Rock’.
Proper Afroantillano party business melting Cuban, Nuyorican and Colombian tropical traditions.

Julián y su Combo was founded in 1962 by left-handed guitarist Julián Angulo Ponce, who was originally from Guapi, Cauca, Colombia and made his name in Cali and Buenaventura, signing initially with Bogotá’s Sello Vergara in 1966. During a 20-year period Julián y su Combo released eight records (with several band name variations).

Angulo was part of the first generation of artists from the Colombian Pacific who migrated to Bogotá in the 1970s, and his combo enjoyed popularity in his adopted city as well as in Medellín and Mexico. The band also travelled to Venezuela and the US. Angulo described his sound as Afroantillano, combining Cuban, New York Latin and Puerto Rican elements with Colombia’s own tropical traditions. The combo’s arrangements were distinguished by the bandleader’s funky, jazzy electric guitar work (Angulo played without changing the order of the strings), a hot rhythm section and the potent brass line-up of two saxophones and a trumpet (much like Cortijo y su Combo).

At that time Alfredo Linares was musical director at INS and this album —the first one Julián Angulo recorded for the label— bears his influence in the funky ‘Mambo Rock’ sections (breaks and handclaps galore!) and hot Cuban and Latin jazz piano styles that also graced his own records.

This is a thrilling double-sider sought after by collectors and DJs because of the funky dancefloor cuts ‘Enyere Kumbara’ (covered by Quantic a few years back) and ‘INS-Rock’.