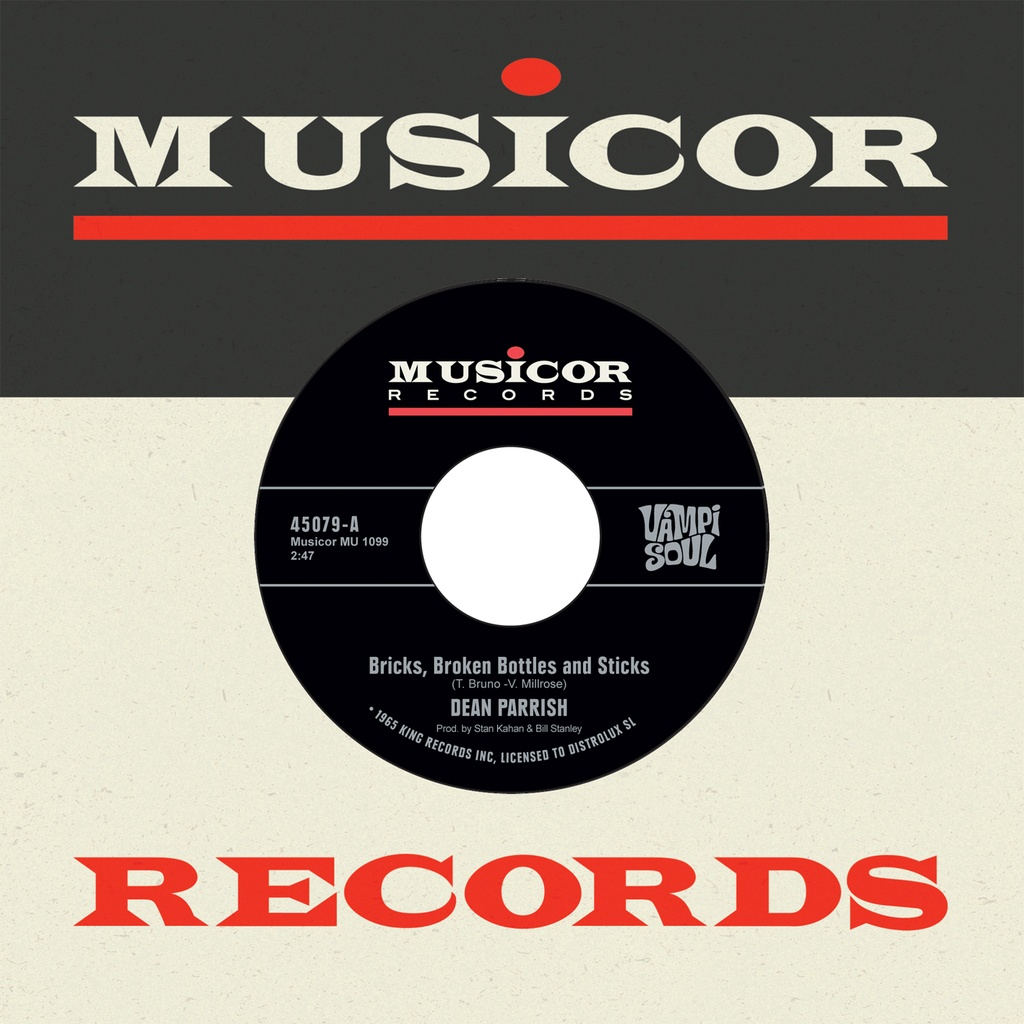 PARRISH, DEAN / PORGY AND THE MONARCHS BRICKS, BROKEN BOTTLES AND STICKS / MY HEART

Porgy and The Monarchs - ‘My Heart Cries For You’

‘Bricks, Broken Bottles and Sticks’ is Dean Parrish´s first soul recording from 1965 which became a local radio hit and, years later, a classic spin on the UK soul scene. On the flip, Porgy and The Monarchs’ “My Heart Cries For You” is another dance floor anthem that reached cult status.

This record is a must-have northern soul double sider and there’s nothing like it to get the party started!

Some will still remember Italian American singer Dean Parrish after his brief appearance in an episode of The Soprano but for most soul music true aficionados, Parrish gained a legend status when his ‘I’m On My Way’ was the last record played at the last Northern Soul all-nighter at the Wigan Casino. His ‘Bricks, Broken Bottles and Sticks’ was his first soul side though and it was released on Musicor in 1965 achieving some success and also becoming a classic spin on the UK soul scene years later. Eternally in demand, this party record now exchanges hands for a few hundred USD, so we thought it would be a good idea to make it widely available again.

‘My Heart Cries For You’ by Porgy and The Monarchs became a much cherished dance floor anthem in the UK and has all the defining ingredients of most northern soul favorites: Motown sound-alike arrangements, epic vocals that are almost inviting to sing along and lyrics spiced with a bit of drama.

In short, this record is a must-have northern soul double sider and there’s nothing like it to get the party started!