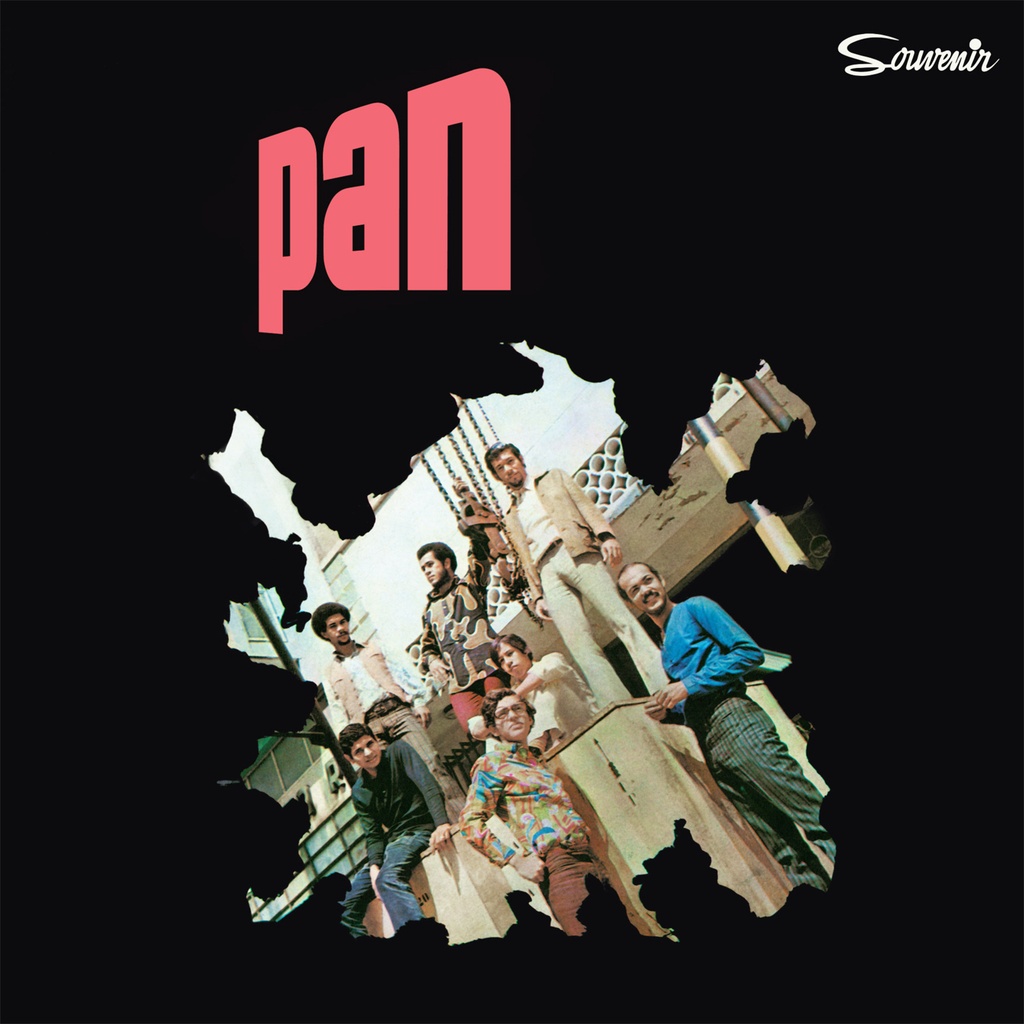 First time reissue of one of the essential and most sought-after Venezuelan rock albums, originally released in 1970, along the lines of what other artists such as Santana or El Chicano were doing from the United States in those same years.

Grupo Pan was led by Carlos “Nené” Quintero, former member of Los Dementes, Ray Pérez's group, and through this record he aims to retain the rhythmic strength and brass arrangements typical of salsa, but also explore other sounds based on powerful guitars.

Grupo Pan was formed in 1970 in the popular Caracas neighborhood of Marín at the initiative of Carlos “Nené” Quintero together with his brother Jesús “Chú” Quintero. His experience as a professional musician as part of Los Dementes, Ray Pérez's group, would allow him to retain the rhythmic strength and brass arrangements typical of salsa, but also explore other sounds based on powerful guitars. The band would be completed with Alfredo Padilla (percussion), David Azuaje and Carlos Guerra (trombones), Henry Camba (trumpet) and Rubén “Micho” Correa (electric guitar), already with a solid reputation as a guitarist after years playing in rock bands.

Nené Quintero would resume contact with his acquaintance Mario Tepedino, at that time artistic director of 2001 Juvenil, a Venezuelan tv show focused on the promotion of young musical values, who would offer them to appear on said program. Through the popularity provided by their frequent television appearances, they were offered the opportunity to record an album.

In December 1970 their first and only LP would release, recorded at the Fidelis studios in Caracas and produced by Mario Tepedino. It was published by Souvenir, a label responsible for the release of many other essential Venezuelan rock albums, such as the highly sought-after records by The Love Depression or Ladies W.C.

“Pan” successes in overcoming through its grooves the eternal rivalry between the followers of the hard rock sounds and those who, on the contrary, were devotees of salsa. All the songs on the album are written by "Nené" Quintero himself and remain as fundamental milestones in the history of Venezuelan rock. The album would contribute to the birth of a new paradigm of Latin rock, along the lines of what other artists such as Santana or El Chicano were doing from the United States in those same years. After this Souvenir release, the band would also record two singles on another label called Promus. Grupo Pan would remain active until 1973 when the band members would follow different paths.

“Pan”, their only LP, has become one of the essential and most sought-after Venezuelan albums, and we are pleased to now be able to present the first-time reissue, including liner notes and exclusive photos.