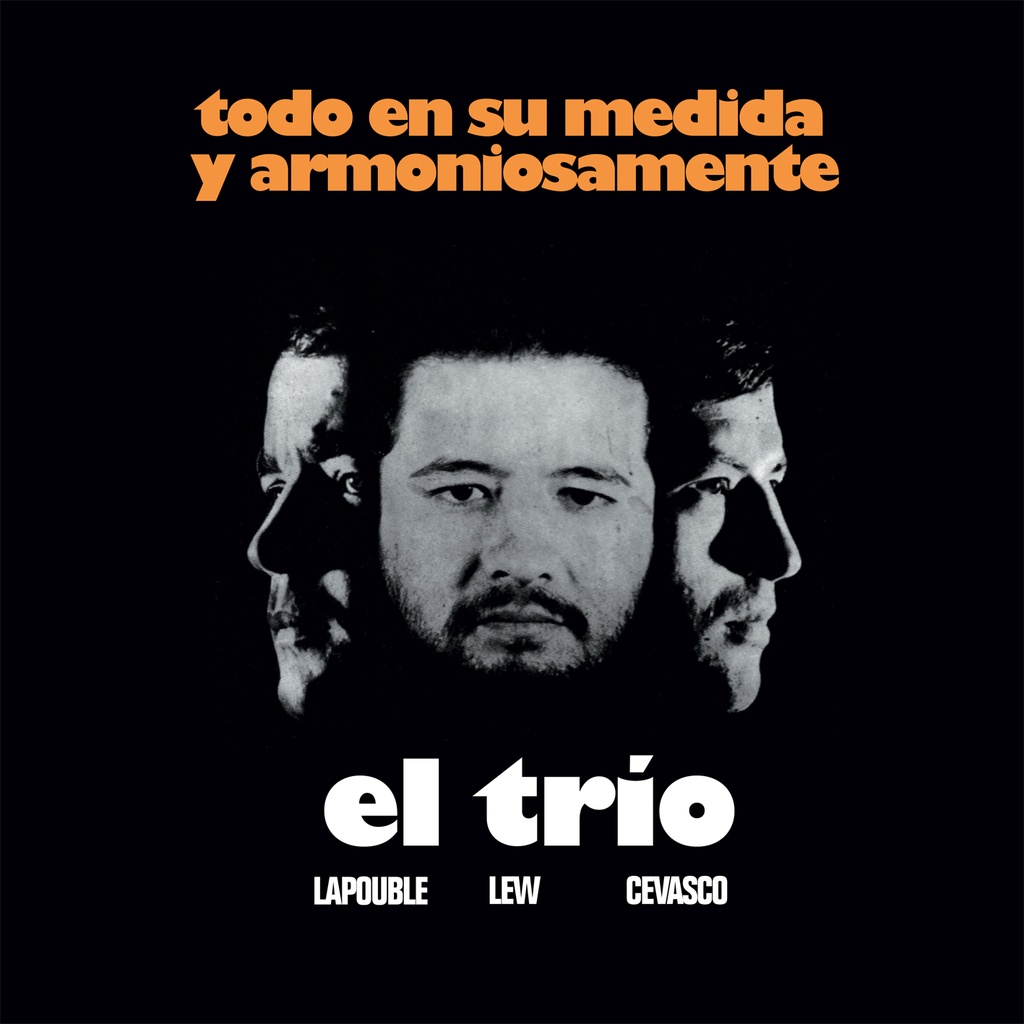 Those into world jazz will be aware of the amazing modal, big band and post-bop jazz recordings released in Argentina in the ‘60s. The body of work produced by the likes of Chivo Borraro, Jorge López Ruiz or Enrique Villegas would be able to rival the recordings of their American counterparts.

The following decade would see a great openness to the exploration, with a jazz language, of other musical genres, with a certain preponderance of rhythm. The members of El Trio are part of a jazz generation with a greater propensity to experiment with electricity and with what could be considered an avant la page exercise of what soon afterwards would be called jazz rock –it is music composed and played, in the faraway Buenos Aires, at the same time Miles Davis adventured into new fields, with such records as “In a Silent Way” or “Bitches´ Brew”.

“Todo en su medida y armoniosamente” reflects that same spirit of experimentation and fusion of diverse influences with an eye on both rock and local folklore. It’s not surprising that the protagonists of this recording —Pocho Lapouble (drums), Ricardo Lew (guitar) and Adalberto Cevasco (bass) - had accompanied Gato Barbieri himself in his project “Latinoamérica” shortly before the release of this album where the presence of rhythms from the southern hemisphere infused the avant-garde jazz of the Argentine saxophonist. Drummer Pocho Lapouble had also created Quinteplus, which in 1972 released a single studio LP inspired by those same premises of fusion jazz.

This album was originally released on the eclectic local label Music Hall in 1974 and probably distributed in tiny quantities, hence the rarity of this record and the current crazy prices in the collectors’ market.