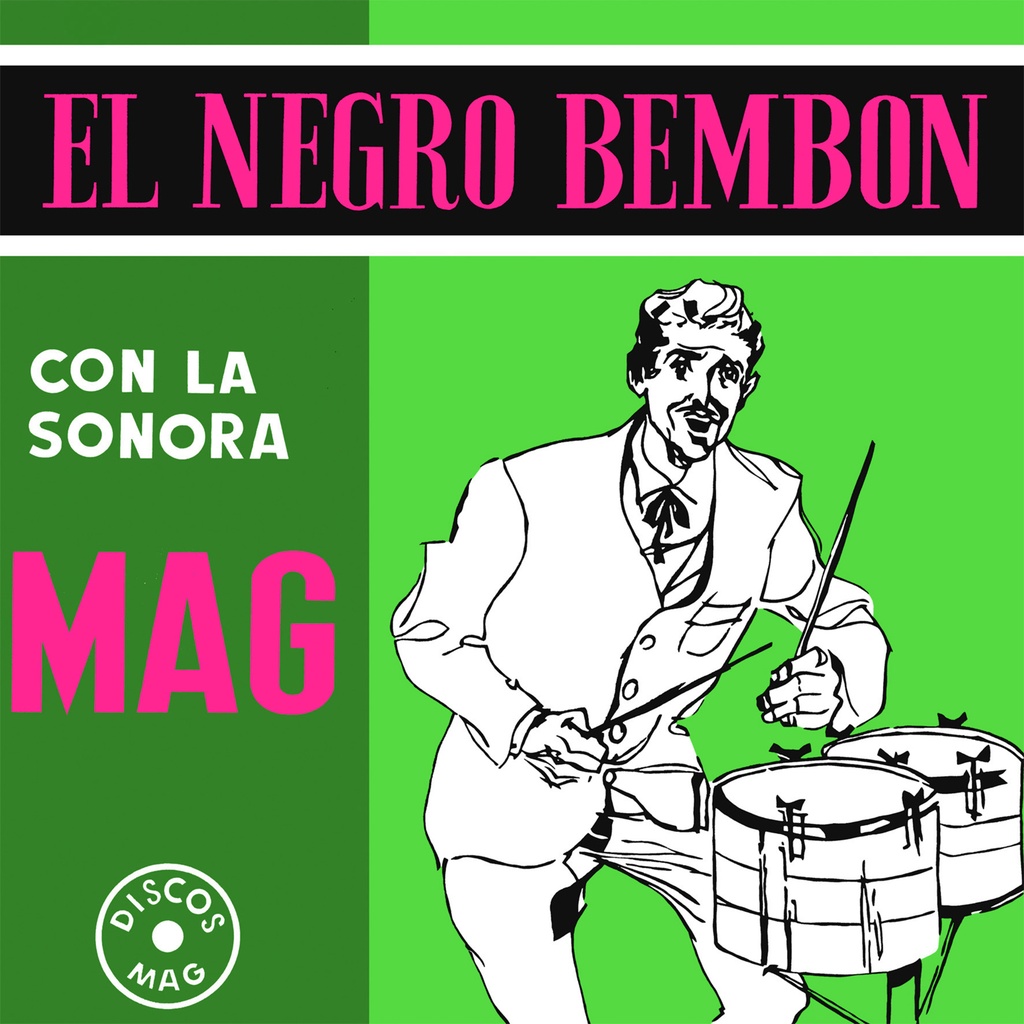 Credited to the unexisting La Sonora MAG, this mega rare late ‘50s album was actually recorded by Peruvian percussionist Ñiko Estrada and his Sonora, comprising hits from the repertoire of the most famous Cuban and Boriquen orchestras: guarachas, boleros and one instrumental tropical beguine.

It features three great vocalists: Manolo Castro, Rafael «Chivirico» Dávila and Vicky Zamora, whose take on ‘Pepito’ became one of the most popular songs of the year in Peru.

This album comprises hits from the repertoire of the most famous Cuban and Boriquen orchestras in the late ‘50s, performed by young Peruvian percussionist Ñiko Estrada and his sonora. However, due to contractual restrictions, the album was released under the fictitious Sonora MAG name.

Fascinated by the music of the Cuban orchestras broadcast on the radio and the colourful and flamboyant outfits they sported when played Lima, Ñiko Estrada named his first band Los chicos de Cuba (The Cuban Boys). In 1958 he put together his own group, sonora, signing to the local label Smith and recording a number of hits. At the same time, he also agreed to anonymously record more music for MAG, the Peruvian company owned by Manuel Guerrero. An imaginary Sonora MAG was born…

“El Negro Bembón con la Sonora MAG” includes, with the only exception of the instrumental track ‘Té Para Dos’, mostly vocal songs -guarachas and boleros- by the likes of Manolo Castro, Rafael «Chivirico» Dávila, and Vicky Zamora, being her take on ‘Pepito’ the biggest hit of the album.

This album is currently almost impossible to find in its original edition, so we are now happy to present the first ever reissue of “El Negro Bembón con la Sonora MAG” in its original artwork and 180g vinyl pressing.