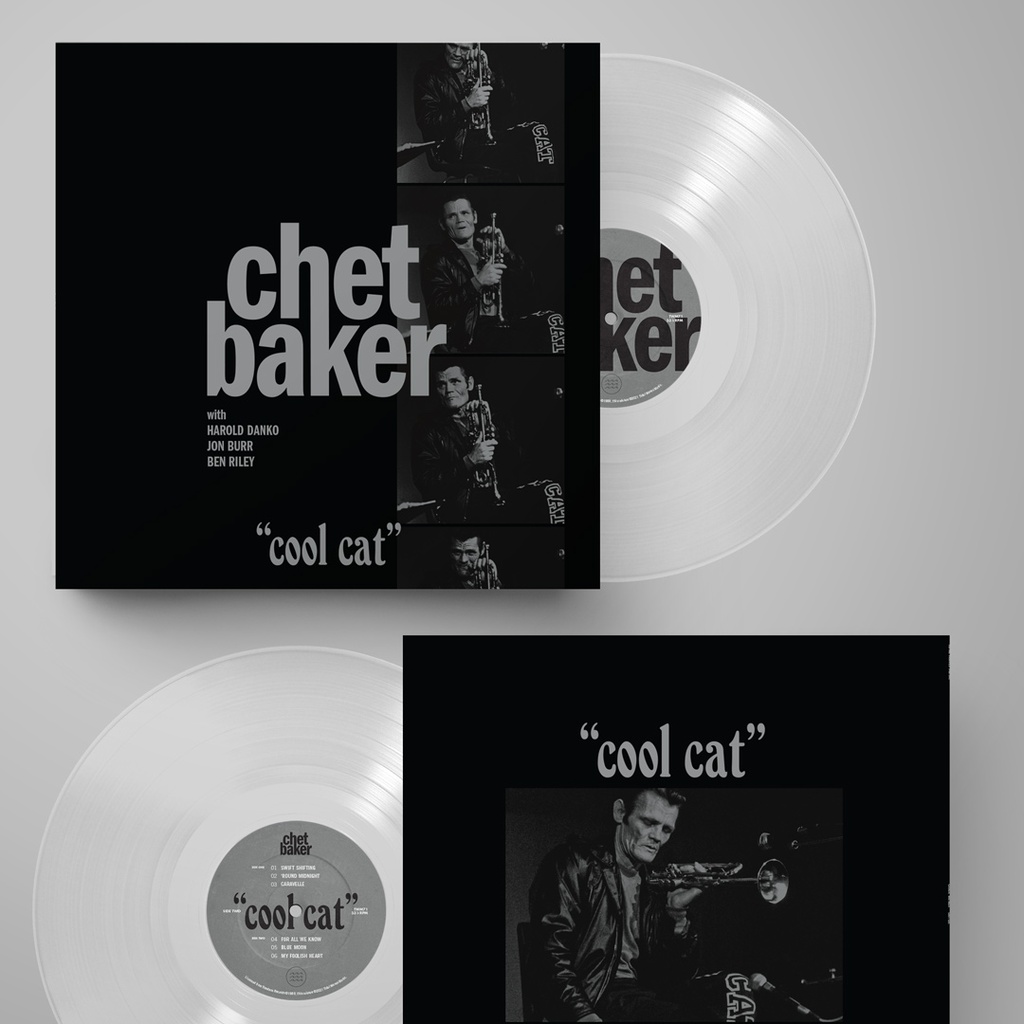 Chet began his musical career singing in a church choir and his mother said that he had begun to memorize tunes on the radio before he was even given his first instrument. Peers called Baker a natural musician to whom playing came effortlessly. In the early 1950s, he was chosen by Charlie Parker for a series of West Coast engagements…shortly after this, his song “My Funny Valentine” became a hit and would be associated with Baker for the rest of his career. Mr. Baker (with his quartet) was a regular performer at famous Los Angeles jazz clubs such as The Haig.

On the album, we are presenting you today (Cool Cat) you’ll find Dutch recordings (recorded in 1986 & released in 1989). This rare gem of an album is comprised out of tracks written by some of the top jazz composers of all time (including Thelonious Monk) and played meticulously by Baker and his all-star line-up consisting out of Jon Burr (Yo-Yo Ma), Ben Riley (Sonny Rollins, Alice Coltrane, Thelonious Monk) and many others.

Be prepared for six sublime tunes that bring out the more intimate and touching aspects of the Chet Baker sound, a fantastic session where the master plays his themes with an almost religious surrender. On Cool Cat the listener is treated to a mix of both instrumentals and mid-sung tunes with very moving vocals. The trumpeter’s laid-back breathy approach and perfectly placed notes in combination with his superb rhythm section provide the listener with unmistakable evidence that Baker still had considerable powers as a musician late in his career. Despite a seemingly chaotic and nomadic life, there is an unmistakable serenity emerging from the trumpeter’s sound throughout the album…a deep and touching beauty can be felt, marking this as one of Chet’s best from the period.

Originally recorded in 1986 and released in 1989 on Timeless Records, the legendary Dutch jazz label run by Ria and Wim Wigt (who were patrons and friends of Chet till his sudden passing in 1988), Tidal Waves Music now proudly presents the first official reissue of Chet Baker’s classic Cool Cat album. The jacket also features exclusive pics shot in Amsterdam in 1986 by legendary Dutch photographer Joost Leijen (known for his work with artists such as Art Blakey and Pharoah Sanders). This North American vinyl version is limited to 500 copies on Clear Vinyl and also comes with an obi strip.