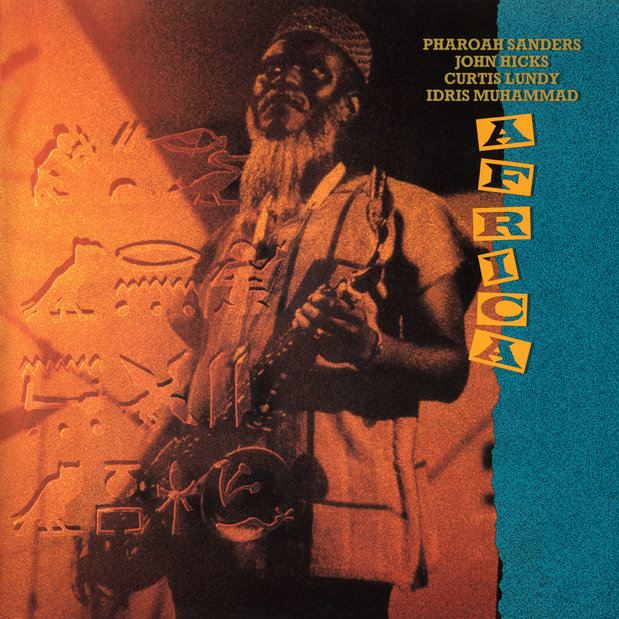 On the album we are presenting you today (Africa from 1987) Sanders plays with an all-star line-up consisting of Idris Muhammad, John Hicks and Curtis Lundy. Muhammad brings his trademark tight sense of timekeeping, but with a looseness that we love – and Lundy’s warm soulful bass does more than enough to give the set a sound bottom- all this while Hick’s free lyrical piano works nicely with Sander’s spiritual horn.

The brilliant ‘Africa sessions’ features the quartet at their best…soulful but also searching for a strong groove at the same time. The music here is less ornamented than on most of Sanders’ studio recordings, where sextets, septets or larger lineups have been the norm, but this brilliant effort here remains every bit as compelling. Pharoah and his crew play with the utmost sensitivity and give a demonstration that shows us the full extent of their skills.

Tidal Waves Music now proudly presents: the official reissue of this fantastic album, back available on vinyl for the first time since 1987. Available as a deluxe 180g 2XLP set, with TWO bonus tracks from the same session that were not featured on the original vinyl release. This album is limited to 500 copies worldwide and comes with an obi strip + liner notes by American jazz critic & author Kevin Whitehead.