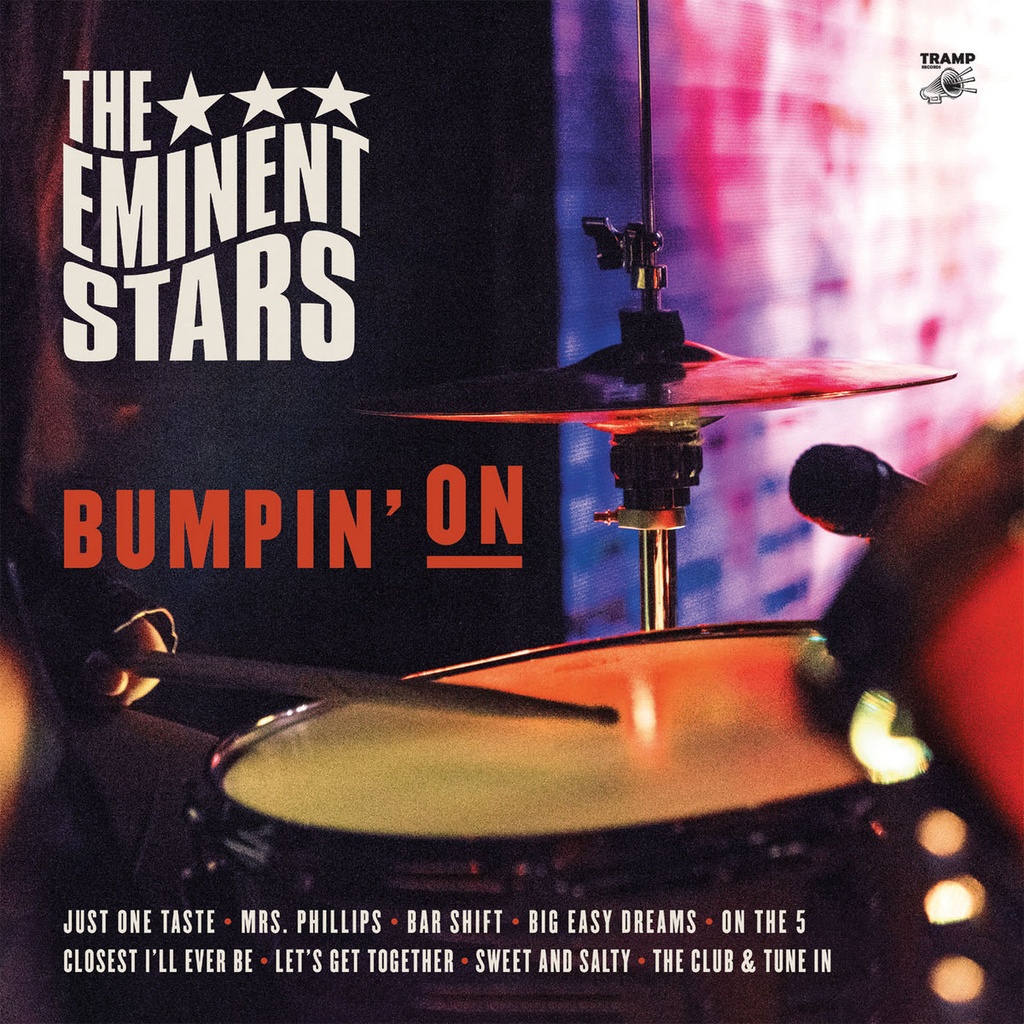 The Eminent Stars Bumpin' On

The Eminent Stars were founded by saxofonist Ben Mendes and drummer Toon Oomen. They both share the love for the great music emerging from cities like New Orleans in the 1960s and 70s: Dr. John, Freddie King, The Meters, to name a few. Just mix up some Soul, Rhythm and Blues, Funk and Blues and there you have a record that consists of authentic elements: live recorded, danceable, intriguing, vibrant and fresh!

The first album Sittin' In (2014) made it possible for The Eminent Stars to tour through The Netherlands with great success and did some radio shows as well. The response of their audiences was overwhelming and the international reviews were raving too. As a result Tramp Records asked for more material for a second album. Admittedly, it took some time to write, produce and record the new album but finally it is here: Bumpin' On! Besides brandnew studio-tracks you can also find two live recordings of songs which were originally released on the Sittin' In album. These live versions perfectly show the vibrant energy of the band on stage.

All recordings for the new album were done live in a small boutique-studio in the heart of Amsterdam. Tons of vintage equipment and instruments were brought down there just to capture the authentic sounds & vibes of the new songs. After a long and intense weekend the musicians put down some great grooves and tracks. The location added so much atmosphere that you can truly hear the nightlife of Amsterdam in the songs. The place was a great inspiration for Bruce James to write some great melodies and lyrics for the album. Like the uptempo floorfiller „Bar Shift“, that describes the problems of a drunk man at a nightbar or the moody cinematic flavoured „Let's Get Together“.

Bumpin' On will surely convince the listener with its authentic, handmade soul sound of an era long gone. Whether you listen to the deep soul ballad “Closest I'll Ever Be” or the uptempo feel-good vibes of “Big Easy Dreams”, The Eminent Stars' second album shows their amazing capability of writing songs, creating amazing grooves and giving the listeners a sonic-treat of the 1970s that so many people love. crédits