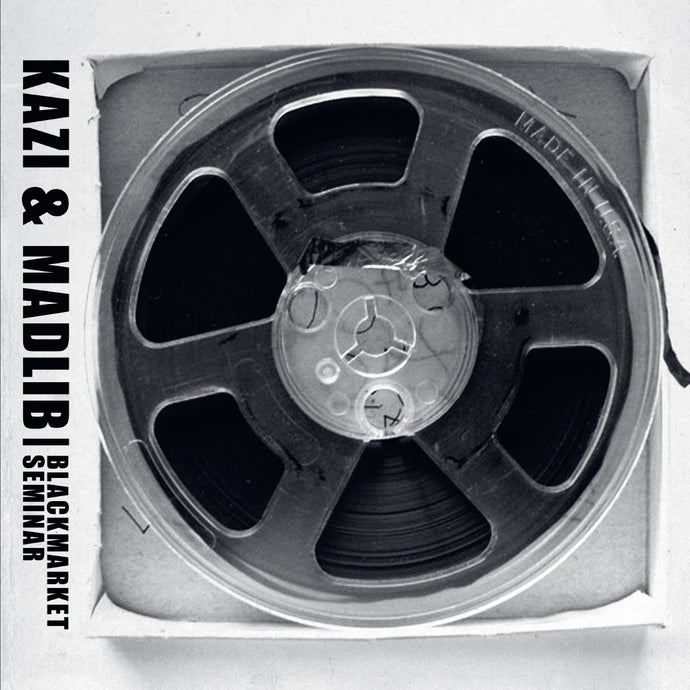 "Blackmarket Seminar", an album by Kazi and entirely produced by Madlib. Guest features by Madlib, MED, Wild- child, Declaime (Dudley Perkins) and Oh No. The album was recorded in 1996 and now digitally remastered in 2016 and re-remastered in 2021.

“We recorded this album in the wee hours at CDP studios back in ‘96. It was pretty much me, Madlib and Declaime in the lab when this album was recorded.”

I learned so much from Lib cadence, rhyme patterns, timing and how to dig for records. What some people don’t know is this cat actually took the time to show me how to make beats. I must say working with Lib was an amazing experience. The “Blackmarket Seminar” is a very raw and dark album. We came up with “Black Market” because at the time we were doing Hip Hop that nobody else was doing and to us you could only get it on the “Black Market”. When you first play the album you'll hear characters on a skit in search of the black market seminar. We really tried to make it seem like the characters were outside walking around looking for it.

We recorded a new video for the song “To Be Lost” as it is about MCs selling out to remain in the game and still makes perfect sense in the present day.