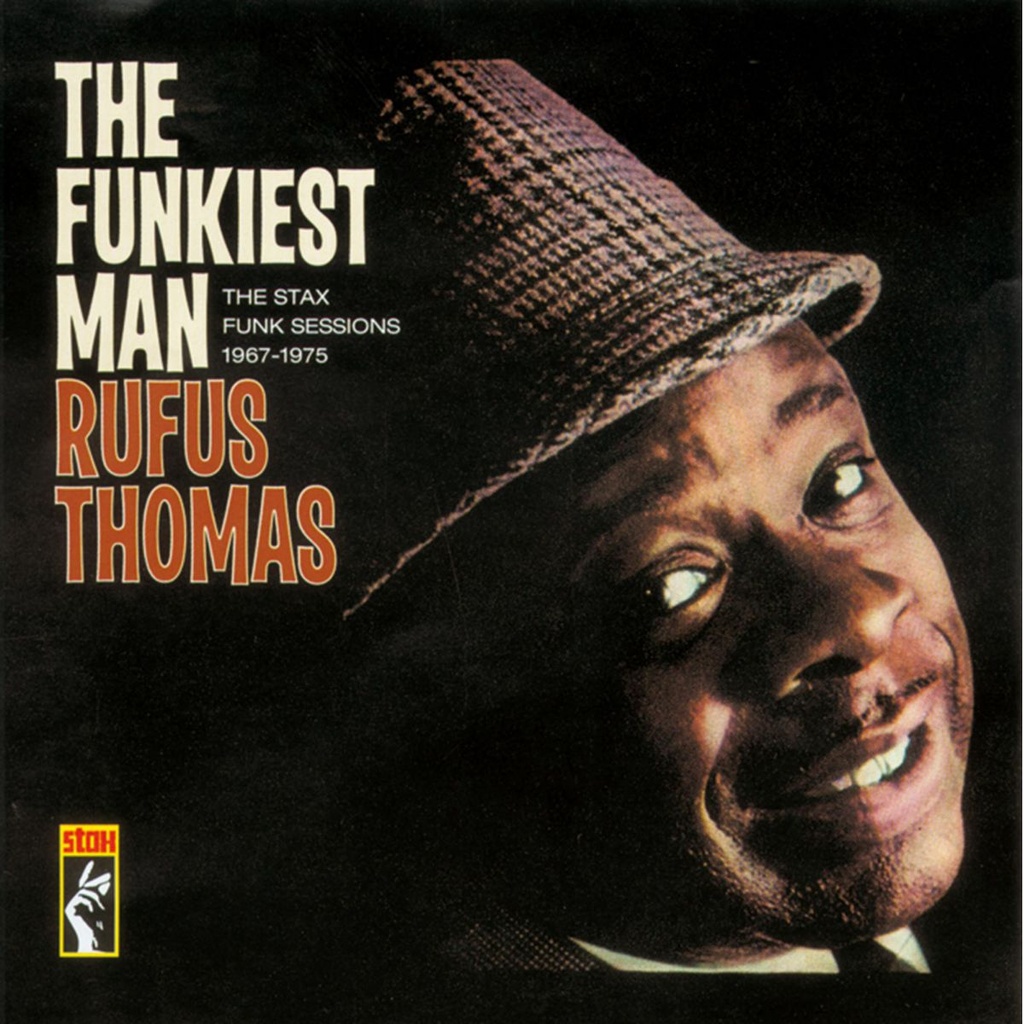 Think about music and Memphis - who do you think of first? Rock'n'roll? Gotta be Elvis, of course. Deep Soul? Messrs Carr and Redding surely have that market cornered. Country Music? Hard to get beyond Charlie Rich, really. But when it comes to funk, few have ever put the beat over with more conviction than the late, undeniably great Rufus Thomas. "The Godfather Of Memphis Funk" - that's what the strap line on the back of this CD says, and that's just about right, too.

We still can't believe he's gone, you know. It really did feel like "The World's Oldest Teenager" had a shot at becoming "The World's First Hundred-Year-Old Teenager". After all, Rufus was still out there, putting the 'fun' in funk, when he was in his mid-80s, and doing the Funky Chicken at an age when doing the Times crossword would be the day's major exertion for most of us. As an entertainer, the man had precious few equals. And as a purveyor of undiluted late 60s/early 70s Memphis funk, he had even fewer. Don't believe me? Then take a listen to this CD...

The Funkiest Man is Ace's affectionate tribute to one of the true legends of Memphis Soul, and a man whose Stax career ran for over a decade and a half, from the label's earliest days to its closing weeks. It's not a "Singles As And Bs", nor is it a "Best Of" - other Ace/Stax releases have already taken care of business in those departments. What it is, though, is a full-on farrago of funk, with Rufus and a batch of the best musicians Memphis ever produced - I'm talking Bar-Kays, MGs, Isaac Hayes Movement and Memphis Horns here, people! - working up a full head of dancefloor steam on 18 funky sides that, beat for beat, are a match for anything and everything that others from the Golden Age Of Funk could offer in retaliation, James Brown included.

OK, so the lyrics and tunes ain't necessarily going to give Bacharach and David any serious competition in the 'works of art' department. That wasn't what Rufus was about, though, and he'd doubtless be the first to point this out, were he still with us today. But they are what they are, and what they are above all is funky beyond belief.

What made Rufus Thomas one of the undisputed dancefloor kings of his time was his ability to keep things simple and to the point, and to let the funk do the talking. Here the funk is talking so loud it's almost screaming. Most of you will need no introduction to rampant "Yellow Stax" club classics like Push And Pull, Breakdown and Itch And Scratch, not to mention some of Rufus' slightly earlier floorfillers like Sophisticated Sissy and Funky Mississippi. And it won't take you long to grow to know and love the quintet of tracks that were originally destined to be part of Rufus' 1975 Stax album that got shelved when the company went under in that same year. "I ain't getting older, I'm getting better" barks Rufus over the relentless, spartan funk of one of them, I'm Getting Better. Quite so - and much the same can be said for the contents of this CD.

Rufus Thomas. No longer the "Funkiest Man Alive", that's true. But forever The Funkiest Man as far as Memphis music is concerned. You want proof? Here's your proof..