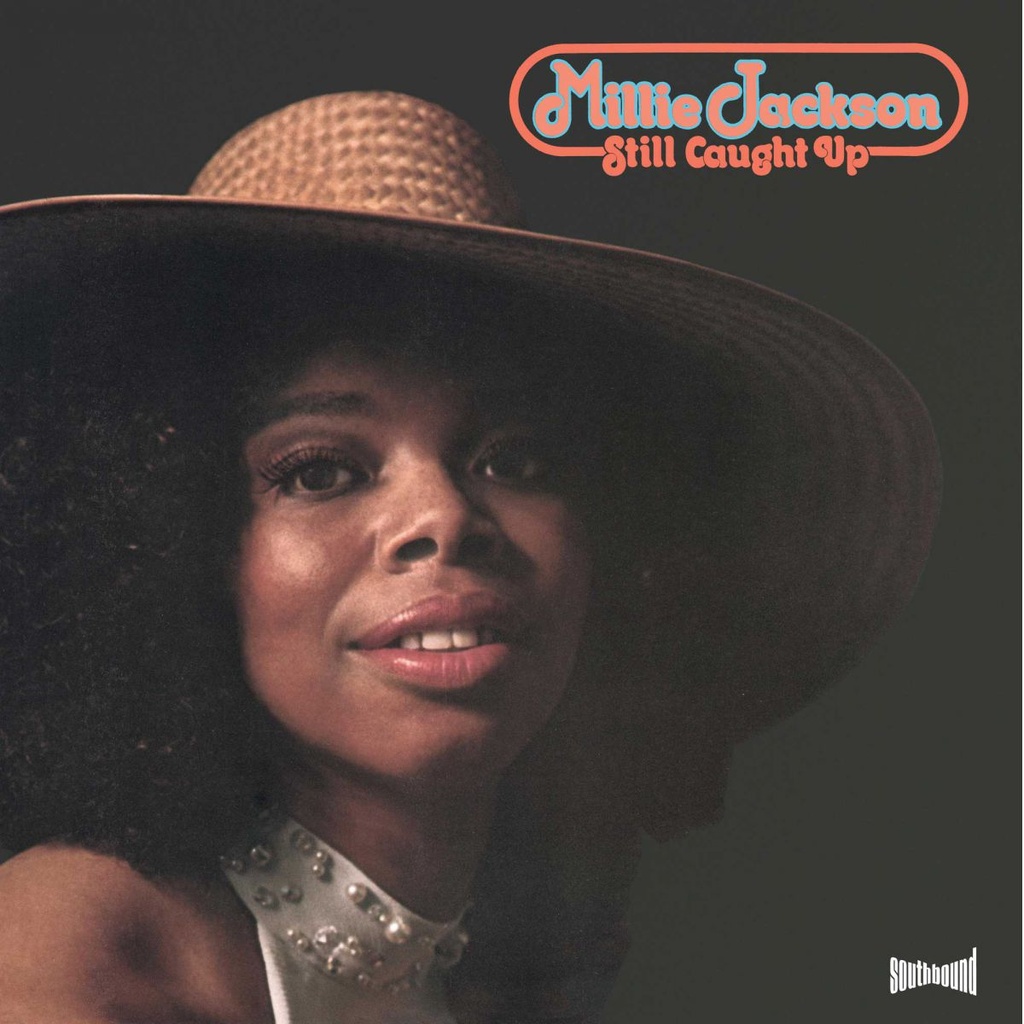 Just weeks after the release of “Caught Up”, her best-selling concept album of 1974, soul diva Millie Jackson reconvened at Muscle Shoals Sound in Alabama with producer Brad Shapiro and the Swampers, the studio’s superlative rhythm section, to begin recording the sequel. Completed on 6 June 1975 and released on the Spring label not long after, “Still Caught Up” was somewhat overshadowed by the continuing success of “Caught Up”, but with hindsight it stands equal with that album.

Side One opens from the standpoint of nightclub singer Mrs Jody, the abandoned wife, who dedicates her passionate performance of Tom Jans’ ‘Loving Arms’ to her wayward husband on their wedding anniversary. Mr Jody, an incorrigible womaniser, is in the audience and comes backstage, eager to rekindle their relationship. Mrs Jody reacts with glorious renditions of British songwriters Richard Kerr and Gary Osborne’s ‘Making The Best Of A Bad Situation’ and Millie Jackson’s own scathing ‘The Memory Of A Wife’. As the side closes, she relents and forgives him with the smouldering ‘Tell Her It’s Over’.

Side Two is presented from the viewpoint of Mr Jody’s abandoned girlfriend. In ‘Do What Makes You Satisfied’ she bids Mr Jody farewell but predicts that he’ll be back before long because, in the words of songwriter Phillip Mitchell, ‘You Can’t Stand The Thought (Of Another Man Loving Me)’. Mrs Jody then returns to bring her husband home, to which the defiant girlfriend declares that she doesn’t care, as Mr Jody is just her ‘Leftovers’. The suite of songs closes as it began, with a cover of a country song – Mac Davis’ ballad ‘I Still Love You (You Still Love Me)’. In Jackson’s dramatic reading of the song, the girlfriend has become unhinged and is about to be admitted to a psychiatric hospital.

Listen once more to the magnificent “Still Caught Up”, as Millie Jackson originally intended – as a vinyl album