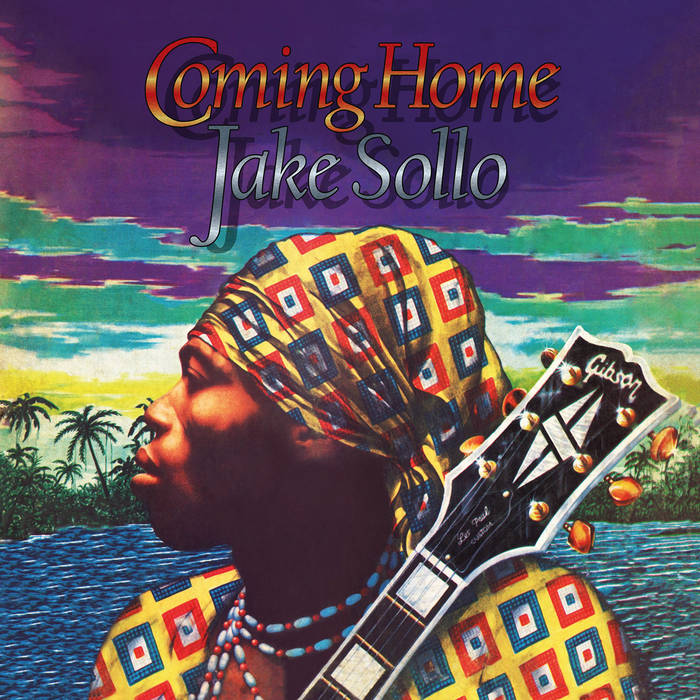 A3 Raise Your Hands

A4 I Just Wanna Dance

B2 Where Is Love

* Could work as the soundtrack for a 1970s action movie

In 1977 Jake Sollo returned to Nigeria to record his first solo album, Coming Home. His long-term band, The Funkees, had imploded in London. And his big break with the Afro super band, Osibisa, was cut short when he went on strike with Kiki Gyan and promptly got sacked. Rather than sit at a bar and feel sorry for himself, Jake returned to Nigeria and got his mates together ‘ including the aforementioned Mr. Gyan ‘ and headed into the EMI studios in Lagos. The result was Coming Home, a triumphant album that combined the raw power of The Funkees with the slick tricks he learned in London. The opening instrumental, ‘404’, is the track Carlos Santana would have recorded if he’d been born in Nigeria rather than Mexico. ‘Raise Your Hands’ and ‘I Just Wanna Dance’ are slick boogie monsters and ‘Deiyo Deiyo’ sees Jake displaying some mad synth skills on Africa’s only Prophet-5, a hot piece of hardware that was transforming music in Europe and America. Coming Home is the sound of an artist at the heights of his power. And a precursor of the skills and sounds that would make Sollo the most sought after producer in Nigeria. – Peter Moore